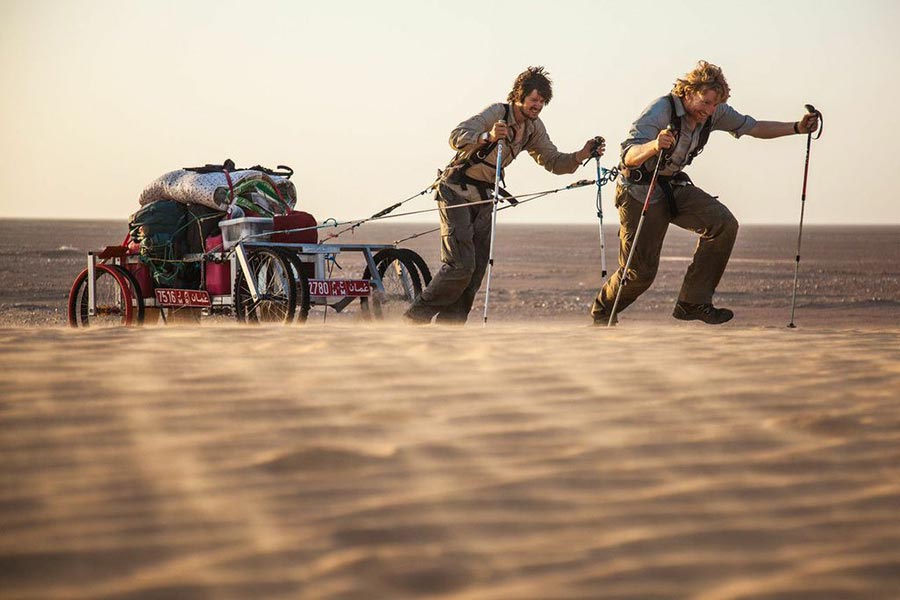 Into the Empty Quarter

Banff Mountain Film and Book Festival passed through Colorado on Wednesday. The Banff Center is a creativity incubator that has helped over 8,000 artists by commissioning, supporting and producing new creative works.B

A common thread to the films was found through the rousing juxtaposition between extreme individualism and an undeniable sense of community. Summed up by filmmakers and adventurers, Alastair Humphreys and Leon McCarron, in their film Into the Empty Quarter, “I knew that if I traveled here alone, the weight of the emptiness would crush me.” Inspired by Wilfred Thesiger, the duo walk over 1,000 miles of desert exploring the encroachment of the modern Dubai civilization without condemning it.

Drawn, by Jeremy Collins and James Q Martin, illustrated the journey of a group of people as they make peace with the death of a dear friend and scatter his ashes in the four corners of the globe. The film marries the artwork of Collins, and the deeply personal goal to honor a friend.

The film Afterglow was only about five minutes, and its visual splendor was a perfect end to the evening. Shot entirely at night with no filters, two skiers shred the gnarliest powder with over 700 LED lights strapped to their vests; the result was cinematic magic.

The crowd was warm, receptive and attentive. With two shows at the Boulder Theater, two more at the Paramount in Denver, and over 200 listings around the U.S. and Canada, the winners of the Banff film festival in Alberta are on adventure of their own. If it’s not sold out already, go get tickets. Put it on the calendar for next year, check out the Banff website, learn more about the tour and the organization, anything. They are doing great work.