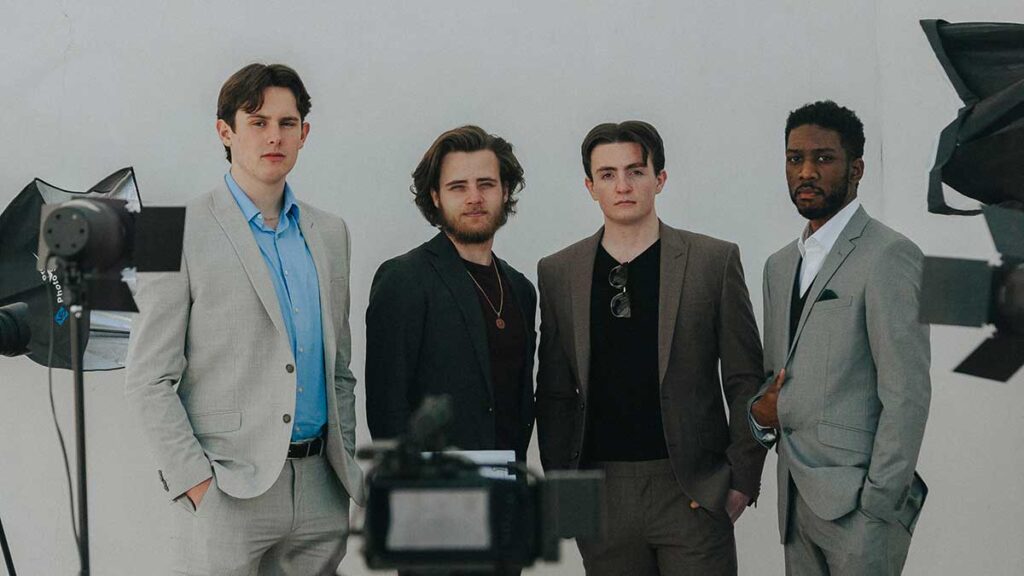 Cam Duncan, 20, Ethan Nelson, 21, and Zach Bakken, 21, have been friends since childhood, making short films in their backyards in Fort Collins, CO and later on submitting them to local film festivals in the area. The three boys came together to form their own production company So Good Productions.

As the boys have grown into men, their focus has shifted from short films to full-length; they have spent the past year cultivating their dream of a full-length feature into a reality. Through crowdfunding on Kickstarter and working with other production companies. The team is attempting to raise funds for the following production necessities as detailed on their page: cast, crew, locations, equipment, and catering.

The screenplay was written by Duncan, Nelson and Bakken together. With the script written by Duncan alone. Directed by Duncan alongside him will be award-winning cinematographer Hudson Bloom. Bloom, also from Fort Collins, has worked on projects such as Pixie Girl and Making the League.  Welcome to Hollywood, the film, will be shot locally in Colorado, with production set to begin Spring of 2022 and a committed release of Winter 2022.

Work on the film began in the summer before they left for college, writing in their free time and continuing to do so as the fall pushed them to different ends of the country forcing the team to move what would be in-person meetings and production planning to hour-long zoom calls.

“About mid-August was when we started planning out the story; we were doing anywhere from one to two calls a day. It began with just Cam and Zach and I, just developing the story. And then Jamal came on board a few months later. It was just keeping consistent with weekly calls and working collaboratively. Anytime we were all in Colorado, taking advantage of that time to do stuff in person. During winter break, we were running auditions in person, seeing different actors’ performances live versus recorded.”

Like many other stories, Welcome to Hollywood has its villains and heroes, ethical situations that make us and the characters question moral values. With a critical take on the power structure within the Hollywood production sphere. This completely independent team brings their perspective to the screen based loosely on the artists’ careers as young filmmakers in the industry. Nelson summarized the plot of the crucial scenes as follows.

“Alex and Danny have been invited to this party by a studio executive to sign a contract. And one of them is a little more gravitated to the idea than the other, which presents a little bit of a conflict between them. Because they’re so new to the industry in the city, they’re more easily subjugated to kind of the manipulation and power dynamics of the people at this party.”

Even with their low budget, the team has a storyline filled with drama and societal criticism, giving it a unique and critical lens on the film industry. Bakken describes the film in the following manner, focusing on the team’s lack of funds as a strength rather than a critique.

“It’s about believing in yourself and understanding your worth. However, there’s a deeper meaning, a criticism for the modern film industry related to independent filmmaking. The story itself is genre-bending; it’s hard to peg it down. We are in our element making these complicated stories that are technically sound and written well and have interesting characters. As with most of our stories, I found that we didn’t have a lot of funding, or I should say, we’ve never had funding until this point. I’m a firm believer that through limitation burns creativity and innovation. When we were doing these smaller scope projects, we had to focus on character dynamics because we didn’t have a budget, we couldn’t go out and film whatever we wanted to film, we had to do stories that were potentially smaller, and that’s very much a strength of this story.”

Their creativity did indeed burn with edgy and dynamic characters with not only critical takes but comedic relief. However, the creativity stretches beyond the writing, with the camera playing a crucial role. Duncan had this to say on his plan regarding filming:

“When we introduce the party in our film, there’s one full page of one long shot, weaving around the party introducing different characters, trying to bring the audience directly into the world. It’s going to start very sleek to accentuate how high class his party is. But then, as the night devolves a bit more, there’s backstabbing, double-crossing, betrayals, and things start to spiral out of control. I’d like for it to be a bit more frantic, especially with the camera, less smooth, more handheld, and grittier.”

Every artist has their inspiration, something that they can look to as a muse. For the three filmmakers, the films that stood out to them as inspiration for their own feature were the 1997 film Boogie Nights directed by Paul Thomas Anderson featuring Mark Wahlberg and the 2013 adaptation of The Great Gatsby directed by Baz Luhrmann starring Leonardo DiCaprio. Duncan going into greater detail regarding the films’ influence:

“We have a few movies that we’ve pulled as sort of like a visual style that we want to use. I think first and foremost would be The Great Gatsby, just because this party that Alex and Danny go to is this extravagant party in the Hollywood Hills, which is pretty reminiscent of The Great Gatsby. So we want there to be a spectacle with this party. I mean, maybe not the fireworks like they had in that movie, but similar types of events going on. Grandeur and elegance for sure. Boogie Nights was another movie that we use a lot of the visual style and how the director of that moves the camera around.”

Jamal Page, 28, from Oklahoma City, the founder and Creative of Black Sparrow Media, joined the team September of 2021 and was quickly drawn to the engaging, vibrant young individuals. Black Sparrow Media has produced various films, both short and full length; Safe House 1618 and Drowning – Logan McKenna, to name a few. 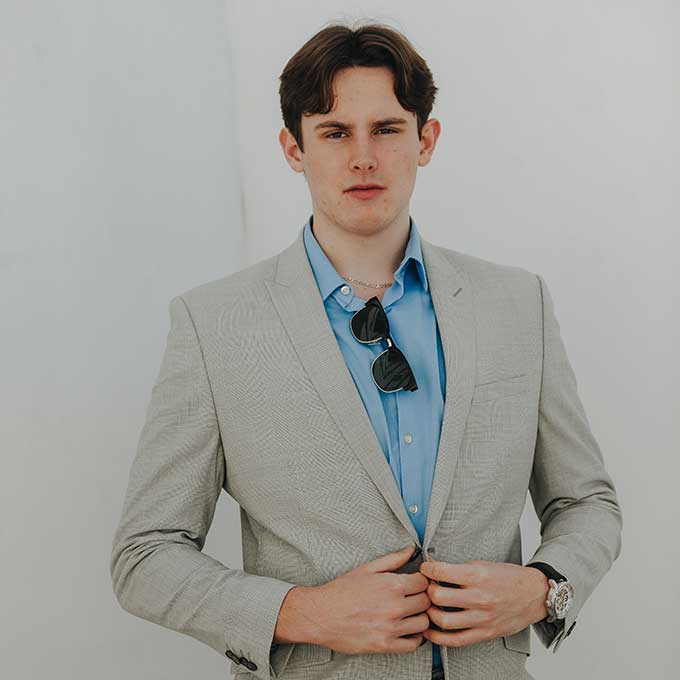 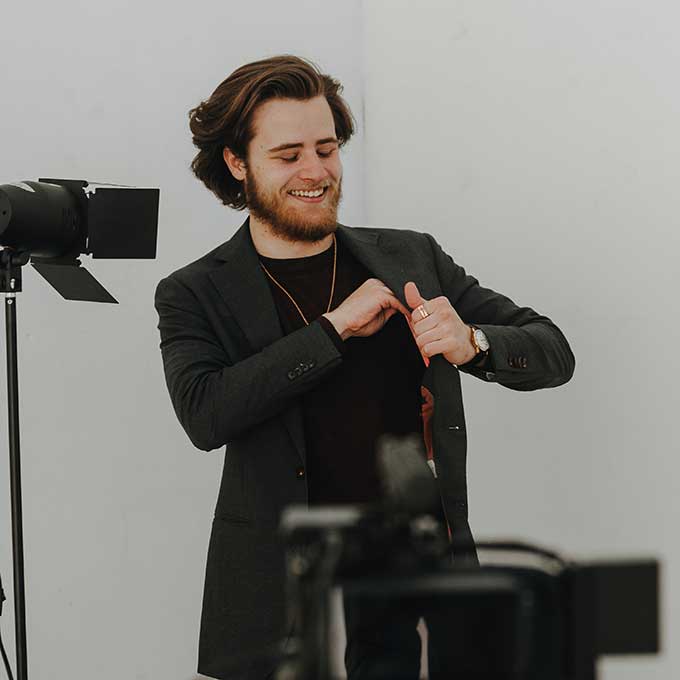 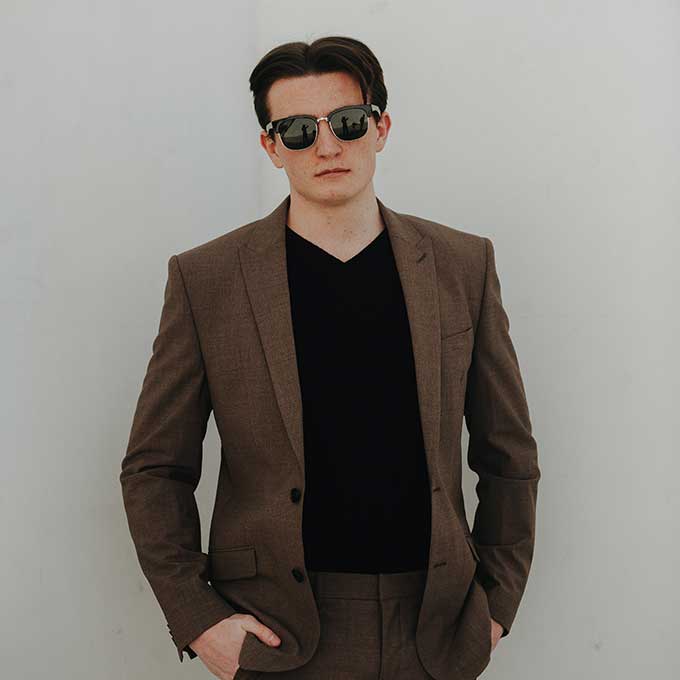 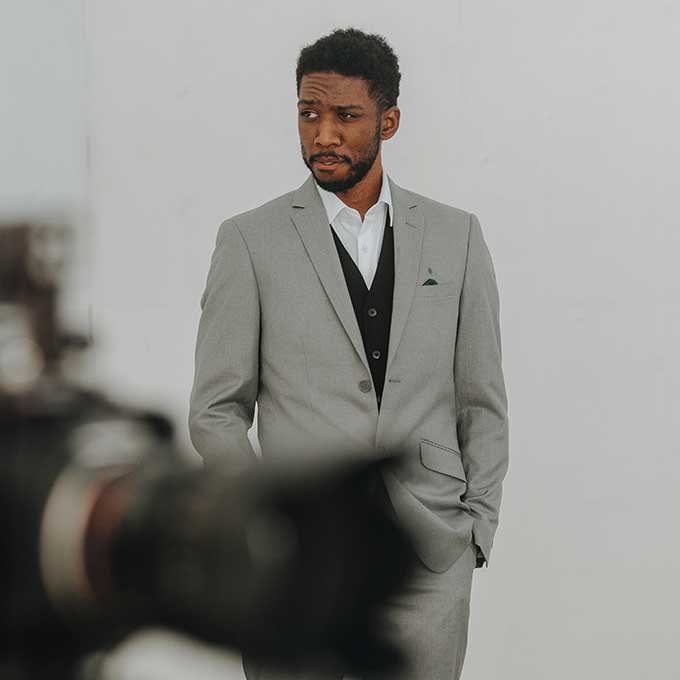 Page met Bakken at the 2021 Summer Shorts film festival in Fort Collins, CO, and something just clicked. Together, whether it be the story or something else, they work to create a piece of dynamic art. When Jamal was asked why he chose to join the project, he said the following:

“I gravitated towards the story because of the way Cam wrote it. Alex and Danny, just something about their dynamic. It kept me invested in the story, and I wanted to see what happened. But outside of the scripts, it’s just about these three individuals. I remember when I spoke with Zach during that Summer Shorts. Zach was letting me in on what his plans and goals were. It’s one of those things that you can’t quite pinpoint, like, the exact moment, but it’s more so just the feeling you get from the person. I knew, after speaking with Zach, that these people have a passion and are looking for a way to realize that passion.”

Like any great artist, you must be invested in your work in your craft; the precision of the words on the page, the visuals, lines, and soundtrack: one must relate to the story. Daniel and Alex aren’t just relatable characters due to aspects of the conflict with friends and ethical dilemmas. They are written based on real-world perspectives and people who pour the personal into the art form.