Bonnie and the Clydes 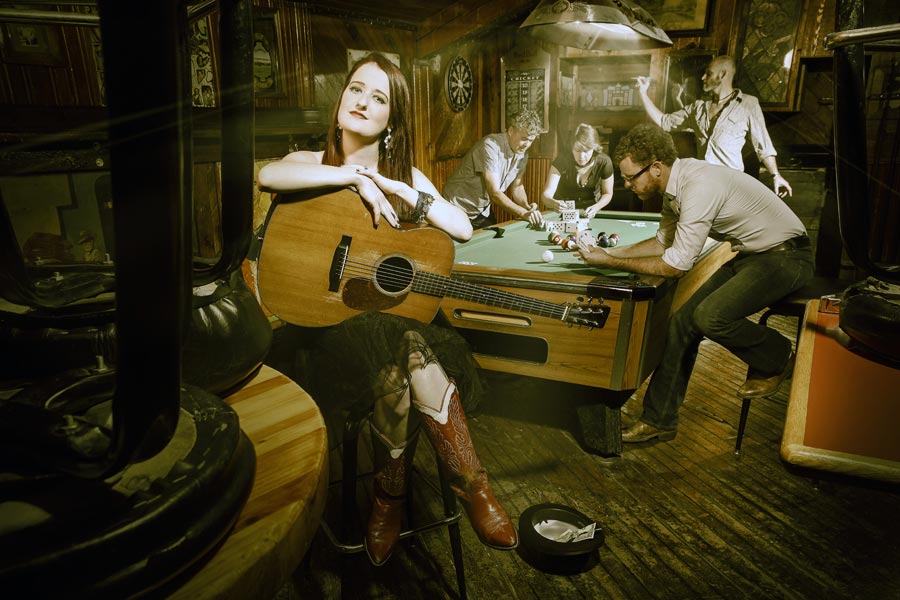 Longmont Americana/country troupe Bonnie & the Clydes has been developing its sound of late, honing and fine-tuning itself into a mean, lean country machine. They play Waterloo this month, so we had a chat with front-woman Bonnie Sims to find out what we can expect…L

Yellow Scene: When did the band form and what where you looking to do?

Bonnie Sims: I put the band together to fulfill my lifelong ambition of playing music for a living. I was 24 when the band started, so it’s almost five years old. I’ve always wanted to do this, so it was just making that leap of leaving a day job and starting a music endeavor.

BS: We play original country music with an Americana/folk vibe. Our sound is kind of changing right now. We’ve recently added a new bass player, Caleb Roberts, who is also a mandolin player and used to be in a band called Open Road. He’s really changed and shaped the sound, adding a lot musically.

BS: We plan to play a lot of the new stuff that we’ve been writing. Taylor [Sims] and I take off every January to collect ourselves, not do lessons and shows, and to take a break and write, be creative in our own space. So we have a handful of new material that we’re excited to try out, and we’re really focusing on trying to grow our original sound.

YS: When that show’s over, what’s next for the band?

BS: We have a bunch of stuff in the summer. We’re traveling down to Texas, we’re going to Austin, traveling a bunch around the state of Colorado too. Trying to record a another album is on the docket for this year but we don’t have solid plans for that yet.