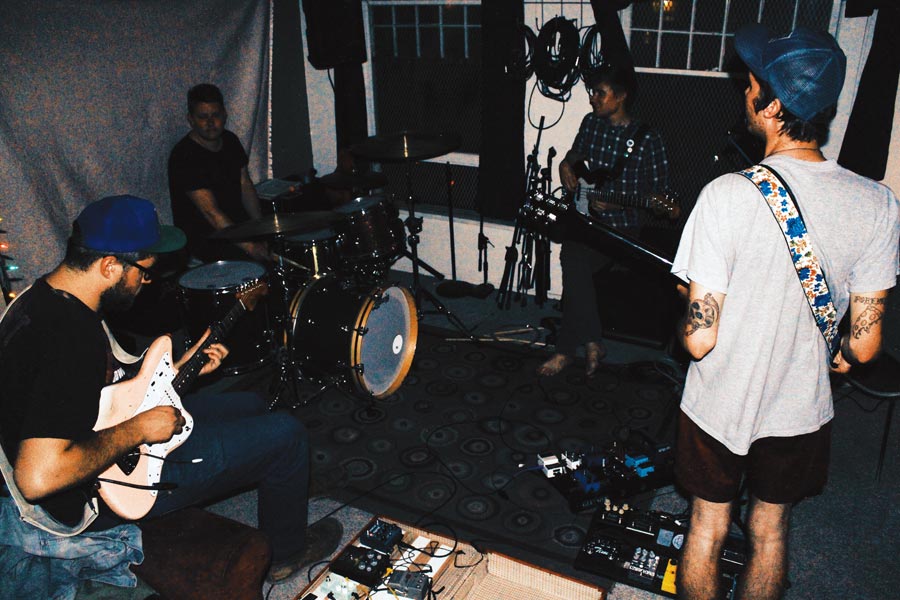 Loveland-based dream-pop band Gleemer plays the Downtown Artery in Fort Collins this month, before disappearing into the studio to record a new album. We chatted with frontman Corey Coffman about what the band has planned…L

Yellow Scene: When and why did the band form?

Corey Coffman: The band formed in 2011. It started as a long-distance thing. I was living in New York at the time, and one of the current members, Matt, he and I started sending songs back and forth.

YS: Describe the sound for us…

CC: It’s sort of like sad dream-pop. We’re influenced by Guided by Voices, My Bloody Valentine, and Built to Spill.

YS: What do you think of the current state of the local scene?

CC: I think it’s cool. There’s a lot of energy right now. It seems scattered to me – there are a lot of different scenes that are particularly small, but I think it’s cool how much everybody seems to be supporting everybody else’s sound, even when the bands are nothing alike.

YS: Describe the Gleemer live experience for us…

CC: It’s definitely atmospheric. It’s a full band, compared to the albums that we put out that had drum machines on them. We try to overwhelm people with the guitars, and it’s a lot more dynamic – like one big song that flows together.

YS: What’s next for the rest of the year?

CC: We actually just finished writing an album, so recording and creating that is our next big step, with hopefully some tours at the end of the year.