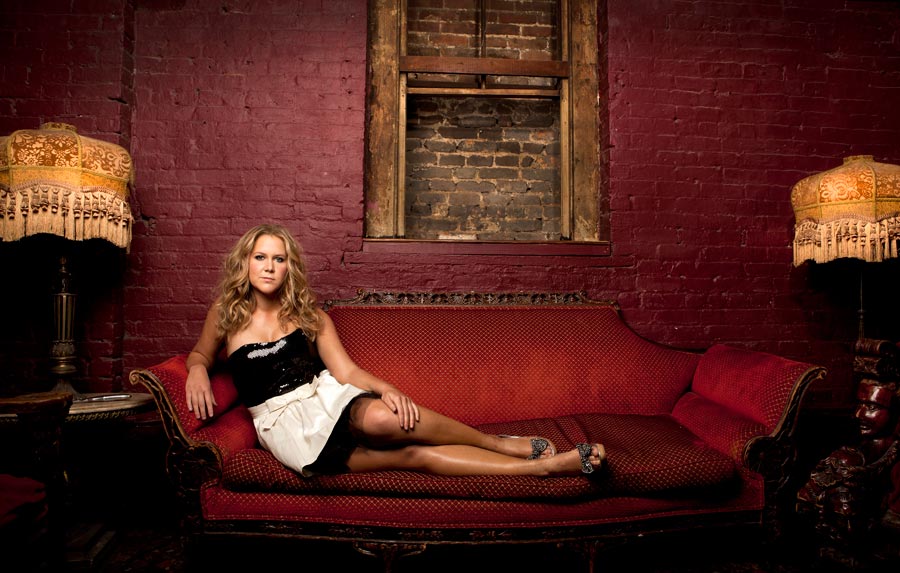 Comedian Amy Schumer sat down with journalists in a downtown Denver hotel to chat about her upcoming movie, Trainwreck. The film, from Schumer’s first screenplay, also marks her first starring turn as a commitment-phobic woman forced to face her fears when she starts to fall for a good guy. Relaxed and every bit as candid as you would expect her to be, Schumer shared her thoughts on learning to write a movie while writing a movie, her kind of man and the perks of having someone around to call you a dumb bitch.C

Yellow Scene: You’re not new to writing at all — you have your TV show and stand-up; how was it transitioning to a feature?

Amy Schumer: I would say stand-up is completely its own thing … you kind of figure it out on stage. I know that there are jokes in the movie, but I don’t like when you can see the writing on the screen. Even if it’s a great joke, you can picture the writer celebrating themself. Writing the TV show, it really is just 3–4-page scenes. I was learning how to write a movie while I was writing it, and kind of half reading the screenwriting book. At first, I think we didn’t even meet Bill until page 60. People are going, “Who’s this guy, where’d he come from?”.

AS: Definitely not a muscle man. Yeah, I like a nerd. A confident nerd. Is that a thing? I’ll look for that guy. That was the hardest thing, to think about, who would be the right guy for this girl? For me? What would be good? Healthy? Nice? I was just staring at a blank page, like, “ugnh.” That’s kind of what I’m projecting, but I’m like flypaper to narcissists, so…

YS: What would you say is the biggest lesson or memory that you’re taking away from this experience?

AS: It was just so satisfying to make it, because my sister was with me the whole time. It’s super-cheesy, but it’s so true, anything I do, if she weren’t with me, or people close to me weren’t, it just seems like it would feel worthless. This just really solidified that. None of this other shit matters, but we got to do this together…

YS: There is so much great talent in this film, what was it like to have them there?

AS: So surreal. This is my first movie and I was having trouble pretending it was normal. Tilda Swinton’s like, “Let’s walk together!” We’re walking from our trailers to set and there’s paparazzi. It was just totally surreal. I kept things very small in my mind so I wouldn’t be overwhelmed by the gravity of the situation. I think also having the people I’m closest to around keeps me grounded. You can’t put up a front if your sister is there, telling you you’re a dumb bitch.

Trainwreck arrives in theaters on July 17.