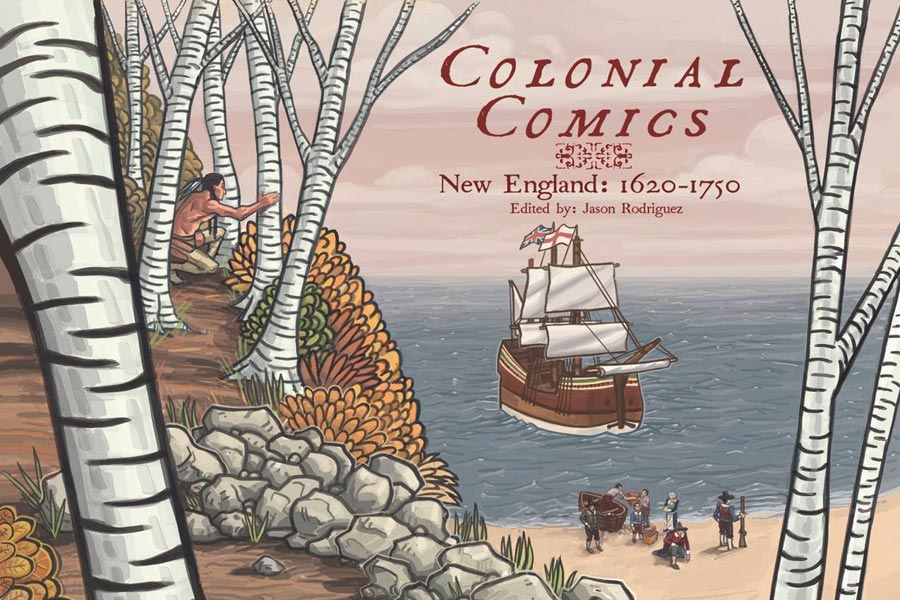 Jason Rodriguez is one of the editors and brains behind Colonial Comics, comic books designed to be both entertaining and educational. Rodriguez and one of the writers, Dr. Virginia Anderson, will be reading at the Boulder Book Store this month, so we had a chat…J

Yellow Scene: When did you get interested in comic books, and then start creating them?

Jason Rodriguez: Oh, I’ve been interested in comics since I was five years old or so. My mom used to bring me home Superman comics when I was a kid. That was basically when I first got into them. I stopped reading them for most of my high school and college years and then I started getting back into them, and making them at the same time, around the time we started doing a lot of great independent stuff in America. I started getting a lot of imports from France, like Persepolis. That rteally got me into it, and that’s when I started making them.

YS: Tell us about Colonial Comics…

JR: Colonial Comics is a collection of stories that focus on some of the more relatively unknown narratives from colonial American history. A lot of the stuff written for the eight through 12 crowd, or even just adults interested in history, they tend to focus on a lot of the bigger names and bigger milestones. This book tries to dig down a little bit and talk about native Americans, slaves, business owners and Yankee whalers. Tell the stories that we don’t normally tell.

YS: And the first one is New England…

JR: Yes, 1620-1750. That’s an interesting period because it’s 130 years of American history, and the only thing we usually talk about is the pilgrims and the Salem witch trials. It was fun doing this. I learned a lot myself, just going out and looking for stories. The second one stays in New England. It’s more of a pre-revolutionary book – 1750-1775. In that one we talk a little more about how the revolutionary spirit trickled down to the common folk. Then we change out attention to the Atlantic region. Dr. Anderson was one of the contributors. Through the anthology there were I think 17 stories total, each one with a different writer and/or artist team. As an editor, I do all of the design for the books, organizing people and finding stories. Dr. Anderson actually wrote one of the stories, about free-range animal husbandry, which is a complicated topic but it was distilled down pretty nicely into a seven-page silent comic book story. She was one of the many contributors we had and she was wonderful. It was her first time writing a comic book script, so it was pretty fun.

YS: What’s next for you?

JR: I just got done with a lot of events. After that, the only thing I have on my schedule is a couple of local things. Nothing too long. I have a book coming out June 1 called Try Looking Ahead, and then I have two books coming out in November. So I’m just going to be putting books together.