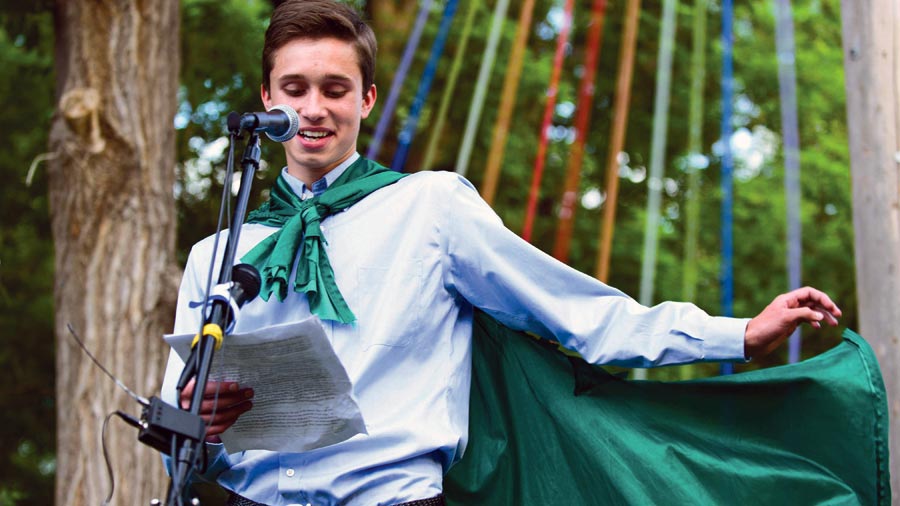 Earlier in the year, Boulder Colorado was named one of the best cities to live in as a queer. Granted, it was a list of cities that excluded the Mecca’s of queer living such as New York or San Francisco, but the recognition was still there.E

The recognition was not misjudged, as the county continually shows support to the LGBT community. A prime example of this support came from the Chris Coker, the CEO of the Boulder Valley YMCA, when he stood his ground against a disgruntled member. The letter emerged after the YMCA hosted an LGBT dance with Out Boulder, a support group and safe haven for members of the lesbian, gay, bisexual, transgender or questioning community.

“You closed the YMCA — the Young Men’s Christian Association — gym for a LGBT party? I would appreciate having my dues refunded for the day — and an apology,” the member wrote to Coker.

But Coker let the member know that he would not stand for it.

“…if you are offended by our support of Out Boulder and the LGBTQ teens of our community, then maybe our organization is not a fit for you.”

“There will be no apology,” he wrote in an open letter to members on the YMCA site. “And if you are offended by our support of Out Boulder and the LGBTQ teens of our community, then maybe our organization is not a fit for you.”

After Coker published his letter, he was flooded with a wave of support from people both in the community and from people in Japan, Swizterland, England, France, Canada and Mexico. It’s something that is shocking to Coker who said he was just doing the right thing.

The YMCA has a has a clear diversity and inclusion statement that informs all of its policies on a national and local level. This is something he addresses in his letter.

“The Y is made up of people of all ages and from every walk of life working side by side to strengthen communities,” he wrote. “Together we work to ensure everyone, regardless of gender, income, faith, sexual orientation or cultural background, has the opportunity to live life to its fullest.”

Mardi Moore, executive director of Out Boulder, said she is grateful to work in a community with so many supporters of the LGBT community.

“We couldn’t be prouder of our relationship and we want to continue to grow.”

“We are just so proud to partner with organizations that get it,” Moore said. “He could have ignored that. He didn’t have to do the right thing, but he did. He did the right thing. We couldn’t be prouder of our relationship and we want to continue to grow.”

Another advocate for the queer lives in Boulder County is U.S. Rep. Jared Polis, D-Boulder, who spoke out about the recent controversy surrounding St. Vrain Valley school board.

Senior and valedictorian of his graduating class, Evan Young, was blocked from giving a graduation speech in which he planned to out himself as gay. He also wasn’t recognized as valedictorian, even though his GPA was 4.5.

Young said he had agreed to several advance edits to his speech by school Principal BJ Buchmann. But he resisted when Buchmann told him to also take out his disclosure of being gay. When Young refused, the school dropped him as the speaker.

Polis spoke out against the schools decision in an open letter to Twin Peaks Charter School.

“I had the opportunity to hear Mr. Young’s speech this past Sunday, and there is nothing in it that can reasonably be construed as offensive,” he wrote. “In fact, the act of preventing him from giving it merely on the basis of his sexual orientation, mentioned in the speech, is the unfortunate and offensive act that was perpetrated in the name of your school.”

But the discrimination, and bullying, of LGBT students isn’t only a problem at Twin Peaks. But there are programs out there, such as Out Boulder, that are trying to change this. With programming aimed to educating schools and districts about the LGBT community, these organizations just want all students to feel safe no matter their sexual orientation.

“We need to continue bringing training into the schools,” Out Boulder’s Moore said. “We need to have an open, honest dialogue in order to educate the community.”