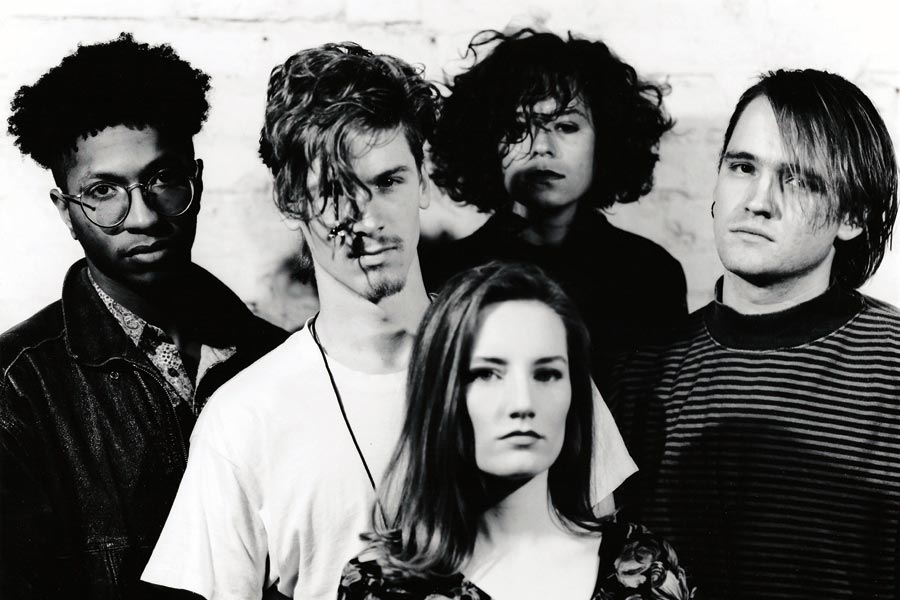 Veteran Denver band 40th Day plays this years Underground Music Showcase, so we chatted with bassist Jimmi Nasi about the past and the present.V

Yellow Scene: The band started in 1986 – how has it changed?

Jimmi Nasi: It’s a really long history. Over the course of the years, we had three different female singers and three different guitarists, each with distinctive styles but each equally amazing. The lineup that’s reuniting for UMS and hopefully thereafter, it’s with the second singer. Her era was 1989 to about 1993. We made two records with herm, and then demoed a third when she quit the band. We made a record in 1992 called Lovely Like a Snake. It was voted Best Rock Album is Westword, we toured all over the county, and we were on the verge of signing with a big New York management company. That’s when our singer quit the band. But we opened for a lot of great bands, like the Smashing Pumpkins, and we got a lot of great press. The music has stood the test of time nicely.

YS: You’ve played two reunion shows already – has the demand been there?

JN: Absolutely. Over the years, Lovely Like a Snake kept sticking around. People told me that they were still listening to it, and then we saw other bands reuniting. Bands from our era. The music is just as powerful as it always was, but it’s less nervy.

YS: Have you played UMS before?

JN: My band right now is called I’m a Boy. We played two years ago. I’ve also played solo there for Jim at Three Kings. He has a truck that sits right out in front. Last year I played with Winehouse, the tribute band. Winehouse plays again this year. We’re really looking forward to it.

YS: What do you think of the state of the current Denver scene?

JN: I was in LA from 1998-2003, and then my wife and I were in Southern Colorado taking care of her parents’ house for another year and a half. I really came back in about 2004, and I’m a Boy started playing in 2006, 2007. The scene had just completely blown up. It’s even more so now. There were actual legitimate hits in Denver. In the 1990s, people thought it was cute if you were in a band. There were lots of great bands at that time, but nobody had had a hit record. After the Flobots and bands like that, we’ve had some real home runs. Now, people want to come check out my band. It wasn’t all that easy to play here back when I started. It was like the Wild West. In LA, Denver musicians did incredibly well. We were more unique. There’s something about Denver that is good for bands, although it’s not necessarily easy.