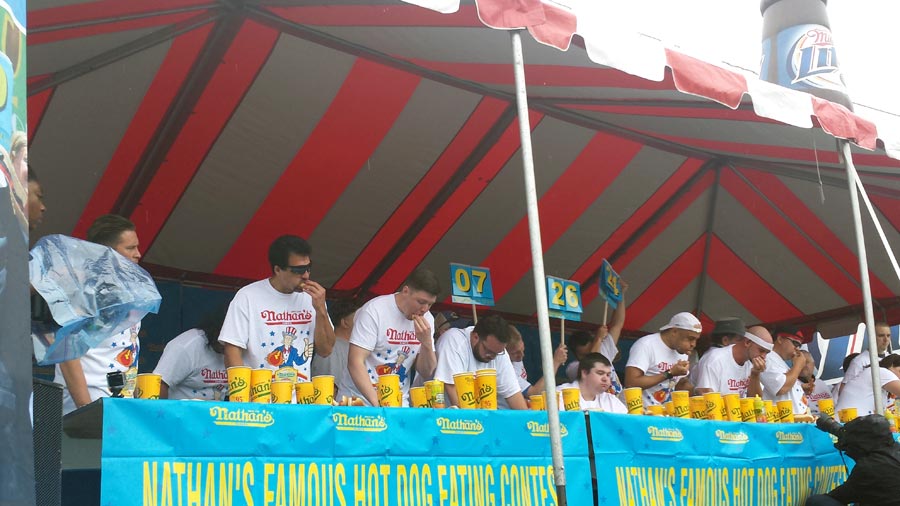 Josh Miller is an eater. There aren’t many other ways to describe exactly what he does, except for scarfing down large quantities of food as competitors all around him try to eat as much as they can in as little time as possible. It’s a sport unlike any other, and the Major League Eating ranks Miller number 29 in the nation.J

“It’s just something that started happening and I found out I wasn’t bad at it.”

Growing up, Miller was the family garbage disposal. Whenever there were leftovers from breakfast, lunch or dinner his family would push them down to his side of the table and watch as he cleaned the plates. It’s an impressive feat that no one would assume by looking at his tall, slender build. As he grew older, he started weighing out his food, and only eating the healthier options. He was, and continues to be, a self-proclaimed health nut.

He didn’t get into the sport until he moved to Texas. As an introvert, he didn’t go out much but wanted to explore his new residency. There wasn’t better way than to sample the food, and Texas is a hotbed for food challenges at bars and restaurants.

“I knew that I could eat a lot of food, and if I finished the challenge I got the food for free,” Miller said. “What more could I really ask for? I got free food, and realized I was pretty good at it.” 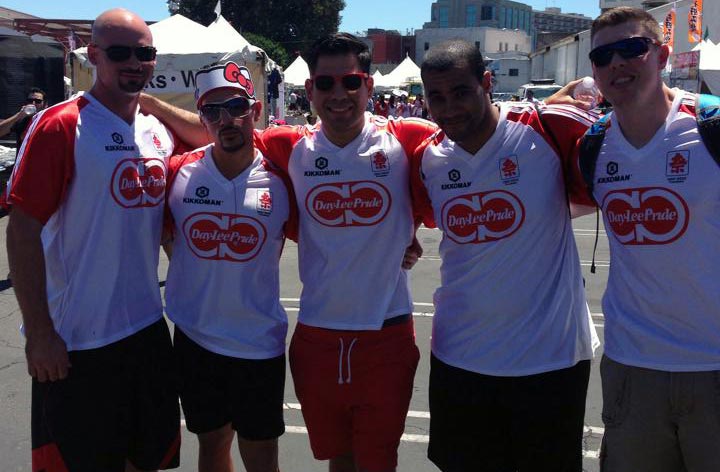 His affinity for searching out food challenges turned into much more than getting a free meal every once in a while. Miller stumbled upon a website, eatfeats.com, where local food challenges were listed alongside eating competitions. It was the natural progression for Miller to start competing.

So he dove mouth first into the world of competitive eating, and soon realized that he wasn’t terrible. In fact, he’s pretty good. Now ranked 29th, he’s made a name for himself and he’s not ready to give it up. Living in Colorado, Miller still makes his rounds with food challenges in Denver and surrounding areas, but his focus is on competing.

“When I first started, and told my fiancé what I was up to she didn’t believe me,” Miller said. “I don’t blame her because she saw how I ate when I wasn’t competing. It’s still a little weird for her to see me as I train for different competitions.”

Training for each competition is a necessity. Like all other sports, competitors can’t show up on game day without first preparing their bodies. They have to complete a series of stretches, but not their hamstrings or biceps, but their stomachs.

Miller, who doesn’t look like he could weigh more than 180 lbs, starts his training early. Once he signs up for a competition, he spends time during weekends to practice scarfing down large quantities of whatever food the challenge is offering. Then, the day before the competition he doesn’t eat solid food, but drinks large quantities liquid to stretch out his stomach.

On the day of the competition, he continues to drink liquids to keep his stomach stretched but doesn’t eat until the competition, where he gorges himself with hotdogs, burritos, wings, or whatever food is placed in front of him. 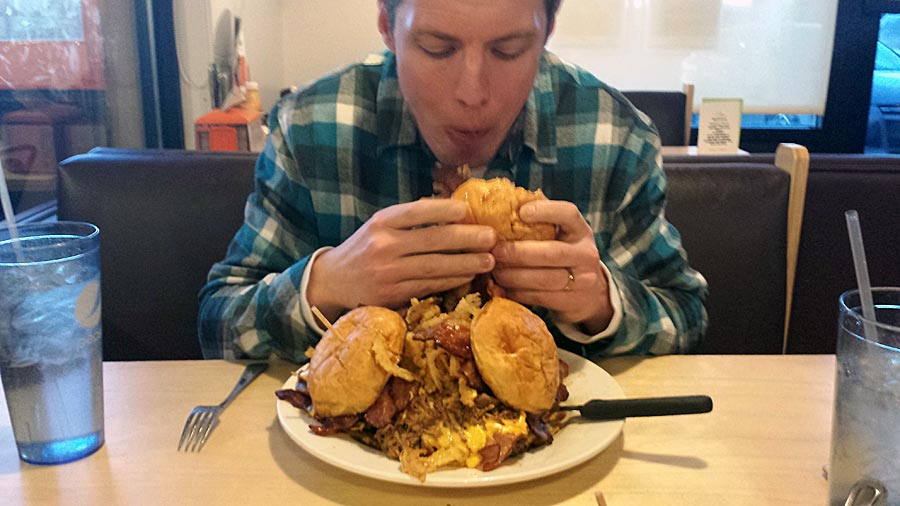 “I want people to realize that we aren’t unhealthy people. It’s a sport just like any other, and we treat our bodies like temples.”

“I went to all the grocery stores to find the hotdogs with a thick skin around it to try and match the competition dogs,” Miller said. “There’s not many around here, but when I find them I buy in bulk.”

Although Miller recently just fell into the sport, it’s something that he fell in love with and will continue doing, even if the people that surround him in one of the healthiest places to live in America.

“I want people to realize that we aren’t unhealthy people,” Miller said. “It’s a sport just like any other, and we treat our bodies like temples. I’m not gorging on food all the time, but only when a competition is nearing.”