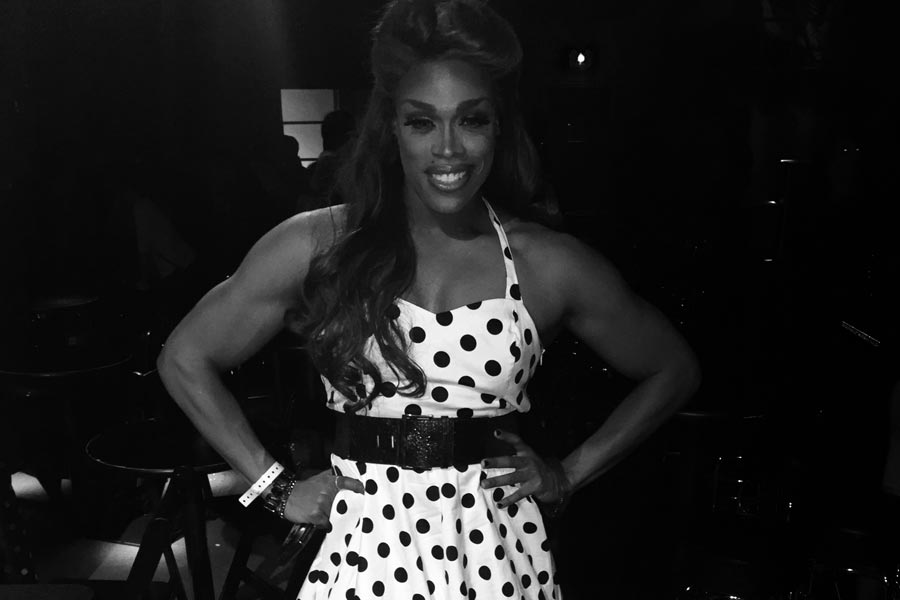 Last year, William Toliver attended Pride for the first time. Pride is a staple of summertime for many LGBT people, giving them the chance to show how proud they are to be a part of the queer community. And for Toliver it was eye opening.L

He started his Pride weekend, which takes place during the latter half of June in Denver, at one of the nation’s best drag shows, Drag Nation at Tracks. He wasn’t a virgin to the drag world. He’d been to many drag shows before both in his hometown of Detroit and a few places in Colorado once he moved here in 2013. He even performed as a queen up in Fort Collins for more than a year, but after seeing the extravagant show at Tracks, his love for the art only grew.

“I never knew Denver was a Mecca for drag performers,” Toliver said. “The first show I saw at Tracks was such a production. The whole thing kind of reminded me of a Cirque Du Soleil performance, and I knew that’s where everyone wants to be. I knew that I wanted to get there, but I never knew how. You just really have to believe in yourself.”

If there are two traits that Toliver possesses it’s belief and determination. He has been doing drag regularly for nearly two years, and has made a name for himself in the Denver drag scene. At any given performance, his drag persona Khrys’taaal can be seen kicking, flipping, twirling, popping, locking and whipping a wig around. He is an entertainer, but the road hasn’t been easy.

In the drag world, most queens are brought into the world of drag with help from drag families, or queens with more experience that are willing to help new performers polish their craft. But Toliver dove into the drag world without a close knit group of people giving him tips and advise; he is a performer born from past experiences and the Internet.

Growing up in Detroit, Toliver didn’t have many friends. Describing himself as a chunky, quirky extrovert who didn’t try to fit in with the other boys, his friends were the cartoons he watched on television and his imagination. As he grew up, he became more active by getting into cheerleading, which helped work off his baby fat and build up stamina and coordination.

He was also blessed to have a supportive group of relatives that taught him the importance of hard work and following his dreams. It was the only family he needed as he quickly developed his drag esthetic and professionalism.

The Internet came into play as Toliver researched drag’s history, or herstory. Refusing to start something without a little background, he started with the early greats, and made his way to the modern day. It also gave him more make-up tutorials than he could have ever imagined with YouTube.

“I’m incredibly blessed to have so many supportive family members that really drilled in the idea that nothing comes easy.”

“I’m incredibly blessed to have so many supportive family members that really drilled in the idea that nothing comes easy,” he said. “My mom instilled that you never half ass anything, so when I decided that I was going to try and make it onto the Tracks stage, I knew that I had to be fully prepared.”

Toliver put in the hours. He worked hard to get where he is today. He keeps his body in great physical condition to keep his high kicking aesthetic at its best. He continually gets better at painting his face. He has built a name for himself, by himself. That name is Khrys’taaal.

“In Denver most of the successful queens are part of two different drag families but I wanted to do this on my own,” Toliver said. “I wanted to fail on my own, or succeed on my own. Hopefully I keep the momentum to continue succeeding.”

Now, nearly a year after he watched his first Drag Nation, Toliver describes Khrys’taaal as an extended, extended cast member of Drag Nation. For the past few months, he has graced the large stage with a slew of background dancers, hyping the audience and doing something all his own. Without padding on his hips, thighs, torso or breastplates, Khrys’taaal plays with androgyny. But padding, and looking as realistic to a woman as possible, isn’t the only way to do drag. It comes in many shapes, sizes and forms.

Last month, as the crowd at Drag Nation crowded around the stage waiting to watch RuPaul’s Drag Race Season 7 contestants Ginger Minj and Miss Fame perform at the superhero themed show, Khrys’taaal took the stage dressed as the Dark Pheonix from the X-men comics. Complete with a skin-tight body suit, fiery red wig and sweaty back up dancers, he brought the audience an upbeat Janet Jackson performance.

“When I was younger and had no friends I always wanted to be the Pheonix. I would fantasize about it,” Toliver said. “Drag gives me the opportunity to bring these fantasies to life.”

Toliver is currently preparing to celebrate his second Pride weekend. But this year he won’t be up gawking at the stage, but shimmying across it. He’ll start his weekend with a performance at Drag Nation, followed by two days of performing on the Pride main stage.

“I’ve come such a long way in the last year, and I’m so grateful for all the support I have received,” Toliver said. “I can’t know for sure what the future holds, but I’m going to keep growing.”