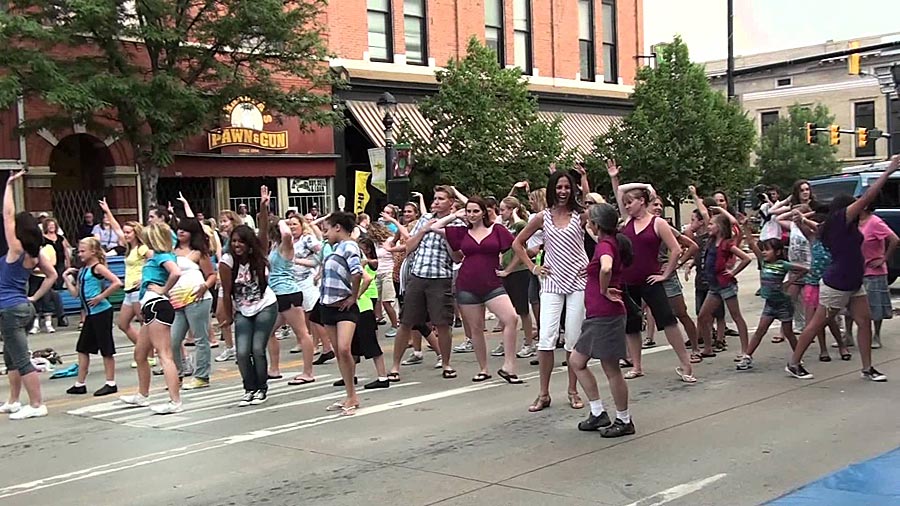 The Festival on Main in Longmont has become one of the go-to festivals on the Boulder County calendar. Music, food, entertainment and more collide into a hugely impressive street fair that sees Main Street and some of the avenues closed off. We spoke to organizer Elizabeth Meyers about it all.T

Yellow Scene: How long has the event been going?

YS: Is it a cultural event? Food? All of the above?

EM: It’s more about the cultural arts. We’re trying to lean towards the art district side. We’ll be bringing some artists in who will be able to display their work at the festival.

EM: “Event manager” is what they call me. I get to work with everything from the logistical group and the stages, to the fun stuff of working with some of the downtown businesses, deciding which groups or bands we bring in on the different stages. We have the After Dark Stage, which sees us work with the Dickens Opera House and the Speakeasy. We showcase some of the bands that they have come in and perform at their businesses.

YS: Who will be there this year?

EM: We have Something Underground from Denver and Patti Fiasco from Fort Collins. We have Pearl’s Treat Burlesque Troupe on a stage, and we have La Revancha coming in as it’s our Quinceanera celebration. We have a fashion show, and the closing band on that stage is Los Alamos De La Sierra.

YS: How about other forms of entertainment at the festival?

EM: On Pearl’s Burlesque Troupe stage we open with a comedian. Then we have the burlesque, which has a lot of short acts.

YS: How is preparation going?

EM: Great. It’s such a cool community event that people enjoy participating in it. We have street performers who have been with us for a couple of years and people enjoy seeing them. One of our streets is dedicated to families – we have face painters who are excited about coming back. We have a new person I’m really excited about this year. He’s a chalk artist, and he does amazing chalk art. He’ll be creating a piece during Festival on Main on Friday night. We have a giant spirograph, so the kids can be playing with chalk in the street while the artist is working.

YS: Who attends? Is it families, everyone…?

EM: We have people from all over. That’s one of the reasons we have Patti Fiasco from Fort Collins and Something Underground, a Denver band. We draw from both, so it’s a nice place to meet in the middle.

YS: Is the festival beneficial for the local businesses?

EM: Yes. We close Main Street from Third to Ninth Avenue, but a lot of the businesses have booths in front of their storefront. The restaurants love it. Some of the restaurants also have a food tent in the food court. It’s mainly the downtown businesses. We work with them first.

YS: Do you have anything to add?

EM: We have dancers of different nationalities – Irish dancers, square dancers, plus street performers like statues. We have the bubble tower and the climbing wall, plus bouncy houses for kids. We also close off the avenues so people can move around and see the businesses that are being offered.