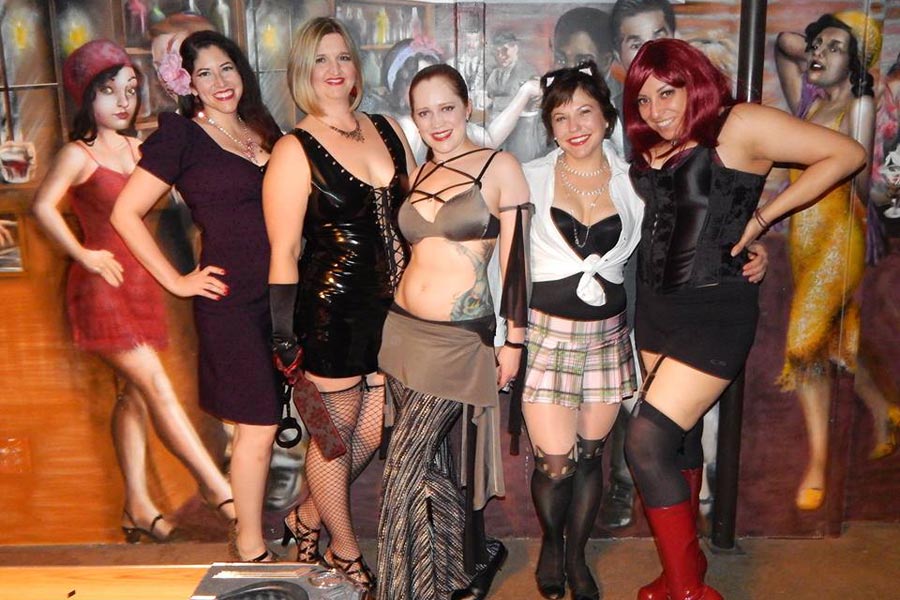 A lot of people don’t even know that Boulder has it’s own burlesque troupe, but since 2010 Pearl’s Treat has been tastefully but cheekily dancing for Boulder County audiences and generating an enviable following. These women are the archetypal “hot Boulder moms,” and for that they should be celebrated. They have some shows coming up this summer, so we spoke to founder Miss Velvet Hammer.A

Yellow Scene: When did the troupe form?

Miss Velvet Hammer: We started in 2010/2011. We had a show that happened the year before that was very underground, but it was so popular and so well-attended, I decided that I wanted to do a project for the regional Burning Man. We planned this little show out of the 303 vodka distillery and instead of getting 100 people, we had about 500 people show up. It was a beautiful disaster. There were too many people, you couldn’t get to the bar, you couldn’t see the show, but it made me realize that we were on to something. It’s just escalated over the years.

YS: When did you personally start dancing?

MVH: I started at the inception of the troupe. I started in 2010. I turned 40, so it was a nod to being a hot Boulder mom at 40-years-old. I’ve been producing the shows ever since. 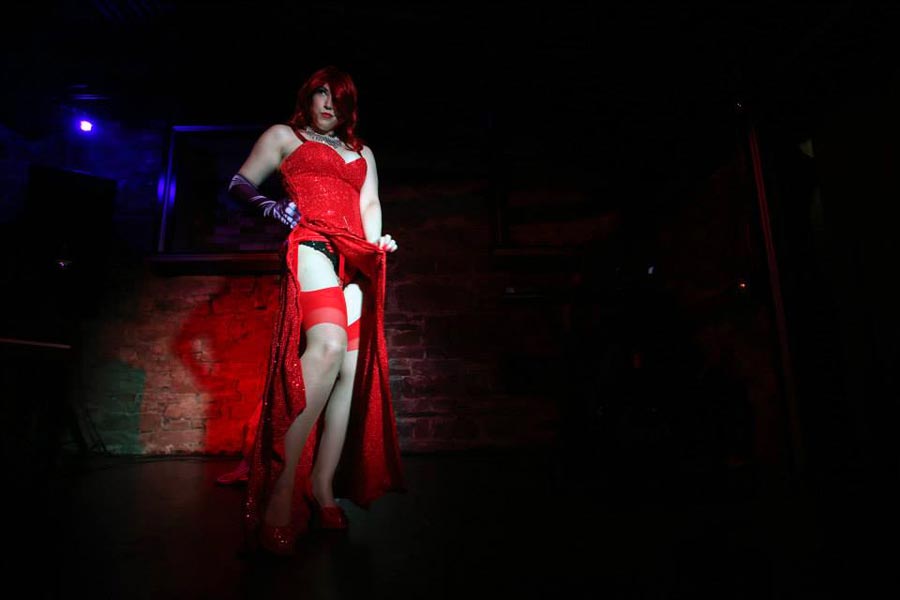 YS: How does the average Boulderite respond to burlesque?

MVH: People really love it. I keep it at very small, intimate venues. I try not to do too many shows because I don’t want to saturate the market and have the novelty wear off. I do little underground locations. We do some shows at Shine where it’s very intimate and well-received. Everybody is very respectful of the performers. I keep it in venues where I feel like it’s going to be underground, like a little secret. I don’t produce a lot of shows in the area in order to keep it fresh.

YS: What are the biggest events that the group has performed at so far?

MVH: I have a project that I do at Apogaea which is the regional Burning Man Festival. We are now a 501(c)3 non-profit. We give away free costumes and clothing, so I do two burlesque shows at the 303 to fundraise for that. Those are our big productions. We have a huge crew of characters. It’s always a big to-do. We have a regular venue in Longmont, the Speakeasy, where we do a show a month.

YS: And you have a stage at Longmont’s Festival on Main…

MVH: We got hired by the City of Longmont. It’s the most legitimate gig we’ve ever had. We got paid and hired to do that, but it’s a very PG-rated show. We also feature juggling and magicians. I try to keep a wide variety of talent that performs in our shows, and that talent is ever-changing. For the Festival on Main, we won’t have any burlesque, but we will have belly dancing, we’ll have a hula-hooper, a juggler, a magician, a comedian, a group of girls doing a modern dance, so it’ll be very family-friendly. The burlesque is not so family-friendly. It’s a little more risqué. But it is more innuendo than actual naughtiness. 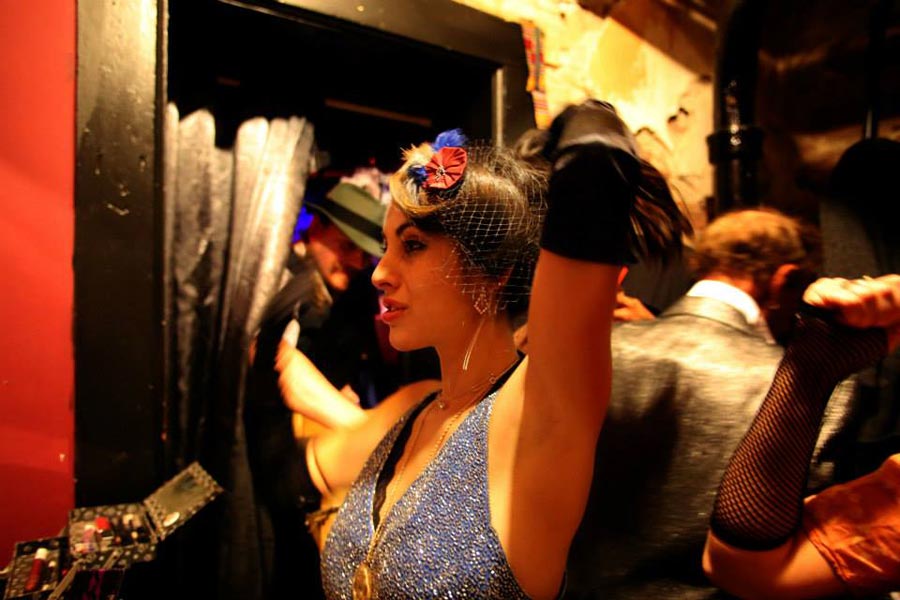 YS: Do you have a speciality dance yourself?

MVH: Yeah, I do a lot of classic burlesque and I do a lot of comedy. I have a feather fans number that I’m known for, I have a powder puff number, and I do a flight attendant number where I have propellers on my tush and breasts, I stand in front of a fan and they spin. I’m 45, so I do a lot of kitschy comedy stuff. I try to keep it really tasteful. I have a workout routine, where I use a thigh-master and a shake-weight.

YS: What is your favorite music to dance to?

MVH: I like the classic stuff. We have different themes for our shows, so for ‘80s Night, I dance to 1980s music. When I do my classic routines, I like Etta James a lot. It really runs the gamut. I have big band music that I do my feather fans dance to. Frank Sinatra. It’ll go with the genre of the night. We just recently did a 50 Shades of Grey-themed show at the Speakeasy and for that I did Britney Spears’ “I’m a Slave for You,” in a Princess Leia slave costume.

YS: Who is in your average audience?

MVH: In Boulder, we definitely get more of the Burning Man artist crowd. It’s the really creative crowd. We’ll have a theme and people will dress in the theme. We also get a lot of couples, older couples, 30-60-year-old range. In Longmont, we get a lot of women in the audience. We do bachelorette parties and birthdays, so it’s a very mixed crowd actually. It depends on the venue. Everyone’s very respectful. I’m a student at Front Range Community College on the Longmont campus, and my classmates’ parents come to our shows.

MVH: Yeah, we have a show coming up in Longmont at the Speakeasy on June 19. It’s $15. We’re also doing our big fundraiser at 303 on October 3. We’re going to have a really big event there. It’ll be a costume-themed event.

View all posts by Brett Calwood →