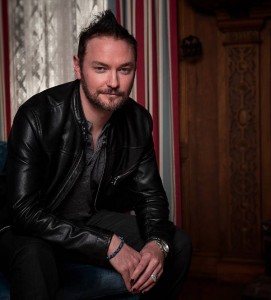 The Scottish-bred Denver-based guitarist has a slew of band credits to his name, including Savage Henry, The Messers and his Moderately Sized Orchestra, the latter of which plays Denver’s Bluebird Theater on Feb. 26 at 8 p.m. with Something Underground (tickets are $14+, bluebirdtheatre.net for more info). We caught up with him to talk about his new solo EP “Don’t Die Wondering,” the Colorado music scene, and his dream band lineup.

Yellow Scene: Tell us all about the new album.

Stu Miller: I’m really excited about it. It’s 5 songs I recorded in between everything else I’ve been doing. It’s really good and I’m really proud of it. I’ve been performing in so many different genres over the last few years and this EP reflects that. Stylistically, it’s diverse, but I think my voice presents it in a cohesive manner. It’s fun to do something that I’m so completely responsible for. I mean, I’ve done many records playing guitar and singing backup vocals, but fronting a project is a whole new very exciting thing. I owe a huge thanks to John Jeffers at Atomland Studios for engineering and producing the whole thing with me. He even played drums and most of the bass parts! He’s a jerk for being so talented and skilled.

YS: What do you love and hate about the Colorado Music Scene?

SM: I love that it’s diverse and full of incredibly skilled musicians. And it seems like we all know each other. The thing I hate is that not enough people know it exists. I’d wager that 90 percent of the state doesn’t know how much great music is right down the street. Because nobody has told them how great it is yet. I also hate the term “local music.” It’s all just great stuff regardless of location. Hell, Foo Fighters are a local band (in Seattle). But their reach is worldwide.

YS: You get to set up a jam session with your top 5 musicians and you, living or dead. Who’s in it and why?

SM: The greatest singer ever is Freddie Mercury so he’s number one. And you can’t have Freddie without Brian May. He’s my favorite guitar player ever. He’d also hopefully discuss his kickass astrophysics job, so that’s a bonus. John Paul Jones is number three because the guy knows exactly what instrument should go where and when. Even when it’s not expected. Recorders for goodness sake! Elvis. I don’t have to explain that. Vinnie Colaiuta is the best drummer ever in my opinion. This is a super hard question to answer. I’d have an orchestra of folks if I could.

Keep an eye on www.facebook.com/stumillermusic for info on grabbing the new album.

Peter and the Starcatcher at BDT Stage

“The boy who never grew up” is one of the most popular motifs in all of literary history. Peter Pan is the stuff that adults dream about, even into their twilight years, always wanting to recapture the essence of youth. Now, you can enjoy a totally new, wildly hilarious and innovative retelling of how one orphan became Peter Pan in Peter and the Starcatcher at BDT Stage. You’ll meet a 13-year-old Molly Aster, a young Starcatcher Apprentice who finds herself mixed up with pirates, crocodiles and more as she and three orphan boys set off on an unbelievable adventure. Eventually, one of those young orphans becomes the infamous literary hero. BDT stage presents Peter and the Starcatcher, March 4–May 14, 5501 Arapahoe Ave in Boulder. 303.449.6000.Tickets are $39–$60, including dinner. www.bdtstage.com.

Lannie Garrett Inducted to the Colorado Music Hall of Fame 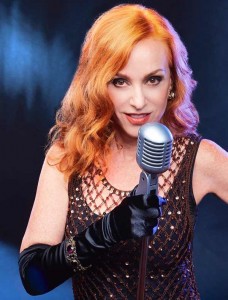 On Jan. 26, the Colorado Music Hall of Fame announced their 2016 inductees. Long time Denver chanteuse Lannie Garrett, owner of Lannie’s Clocktower Cabaret and beloved singer made the final cut, along with Glenn Miller, Paul Whiteman, Max Morath, Billy Murray and Elizabeth Spencer. The awards ceremony will be on April 16 at the Glenn Miller ballroom on the University of Colorado campus. Tickets are available at www.axs.com.

Yellow Scene: Tell us the story of how you found out?

Lannie Garrett: Music promoter Chuck Morris of AEG, called me one morning a couple months ago and told me.

I did the “Charlie Brown Christmas dance” all over the kitchen. I had to keep it a secret until the announcement (today). That was hard!

YS: What does this mean to you?

LG: For a gal who was too shy to sing in front of people until my 20s, who didn’t study or know anything about music, and who didn’t have support growing up, being recognized and included along with such prestigious musicians is more than I can express in words.

YS: What are a few things you’ve learned that you wish you knew when you first started your musical career?

LG: I wish I had trusted my own business and musical instincts sooner. Sometimes your intuition and gut instinct is more reliable than any “book” learning. Trust that voice inside!

Re-visit one of the most classic musicals to ever hit the Great White Way. Candlelight Dinner Theatre brings Rodgers and Hammerstein’s hit musical South Pacific to their beautiful stage for a 2-month run. You’ll get swept up in the beautiful score once again as you enjoy the epic story of the island paradise that becomes a military base during WWII. Remember your favorite songs, including “I’m Gonna Wash That Man Right Outa My Hair,” “There is Nothing Like a Dame” and “Some Enchanted Evening.” Of course, it’s all paired with a wonderful dinner and top-notch service you only get at a facility as fabulous as Candlelight Dinner Theatre. South Pacific runs March 17–May 8. 4747 Marketplace Drive in Johnstown. 970.744.3747. Tickets are $49–$56, including dinner. www.coloradocandlelight.com 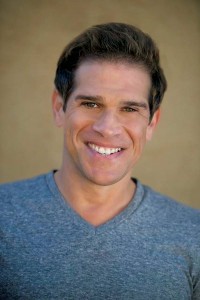 Step back into the swingin’ ’60s with Longmont Theatre Company’s upcoming production of the comedy Boeing Boeing. The outrageous farce is about a bachelor named Bernard who is engaged to three beautiful stewardesses. Of course they all show up in town at once and everything goes wrong. Longmont Theatre Company Marketing Director Robyn Marcotte explains what audiences can expect and why you should check out Boeing Boeing.

Yellow Scene: What drew you to this show?

Robyn Marcotte: One of the driving factors for selecting this show is the television show Mad Men, as well as the 1965 film version of the play starring Jerry Lewis and Tony Curtis. The look and feel of the play is a very sophisticated 1960s feel, and is simultaneously a broad farce.

YS: What can audiences expect?

RM: FUN! We have an extremely strong cast and stunning set design, and the audience will feel as though they have stepped into a time machine and emerged in posh 1960s Paris. The authentic ’60s feel gives the perfect backdrop for the cast to just run with the material. The audience will witness the actors having just a blast on stage with this show.

YS: What do you think makes Boeing Boeing such a perennial favorite among regional theaters?

RM: I have to thank Mad Men again here. Boeing Boeing presents a stylized version of the 1960s in a fast-paced, hilarious farce, highlighting a retro flavor that is very popular right now.

We were also very encouraged by how well the show was received on Broadway. At Longmont Theatre Company, we strive to bring to Longmont works that are being produced around the country; to us, that is what community theater is all about.

Jonathan Tiersten, Long-time “friend to the show” of Yellow Scene, frontman for the band Ten Tiers, and famous hack-and-slasher movie star (Sleepaway Camp, The Perfect House, Blood Reservoir) attended the 2016 National Association of Music Merchants show in Anaheim, Cali. last month, thanks to his sponsor Timberline Guitars. Here’s what he had to say:

Yellow Scene: Give me your synopsis of NAMM.

Jonathan Tiersten: NAMM is like doing ‘The time warp’. Lots of bad hair and invisible buttocks. It is like the world’s biggest music store and everyone is noodling simultaneously. Ya know, like Dante’s seven circles of hell.

YS: What’s your biggest wish for the music industry in Colorado these days?

JT: I wish that bands understood that what they do has value. Until that happens, we all suffer. Club owners are paying acts the same amount as they did 30 years ago. That is frustrating.

YS: If you could go back in time and play any role in a movie that was already made, what role and why?

JT: I think I would have liked to play Martin Sheen’s character in Apocalypse Now. I understand that feeling of total isolation. It is both terrifying and exhilarating. Despite any internal subtext there is a goal, however nebulous.

G. Love and Special Sauce at the Boulder Theatre

G. Love and Special Sauce’s 10th album, Love Saves The Day is clearly their best effort dating back to their sophomore outing Coast to Coast Motel. The trio, back to their original lineup after a 6-year sabbatical, is joined by  guests including Lucinda Williams, Ozomatli, and DJ Logic, all pitching in to help the band stake their claim firmly at the intersection of old-school R&B, ’70s funk, ’90s hip-hop and swamp-drenched delta blues. Feb. 18 at 7:30 p.m. at the Boulder Theater. Tickets start at $29.50. www.bouldertheater.com for more info.