Month In Review – May 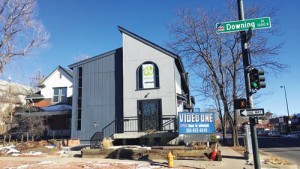 The Boulder Valley School District recently announced an addition to its one-to-web initiative for high schools which would include a technology fee of $45 per year. The fee is to cover the cost of a Chromebook for all students to use while in school, and would then be theirs to keep after graduation. The fee would be paid by parents annually, with the exception of any students who qualify for federally subsidized lunches. The school board is mostly in favor of the fee, though concerns about effectiveness and maintenance have been raised as well. If approved, the fee could be in place by fall for the 2016/2017 school year.

The oldest video store in Denver is set to close its doors for good. The 34-year-old Video One recently announced that it would be closing its doors for good on June 5. The news comes following the announcement that Video One’s fundraising campaign to turn the store into a nonprofit library failed to raise the targeted goal of $50,000. When the iconic Denver institution closes its Sixth Avenue doors for the final time that will leave only the LGBT-focused Videotique as Denver’s last video store standing.

The White House recently announced President Obama would be the first sitting president to visit Hiroshima, Japan. The United States bombed the location at the end of World War II and Obama’s visit has been a highly debated issue within the White House for months, the New York Times reports. While some feel that the visit to Japan is an “apology tour” while President Obama’s advisers explain that the foal of the trip is to help reduce the spread of nuclear weapons, which has also included a deal to lift sanctions on Iran in exchange for new restrictions on their ability to develop their own nuclear bomb. In response, Japanese Prime Minister Shinzo Abe agreed that the visit was to honor the dead and to support nuclear disarmament.

17,000 movies are for sale during the final days for Denver’s Video One store.

$17M will be paid to Washington National’s Pitcher Stephen Strasburg over seven years.

10 local bands gathered at Red Rocks Amphitheatre in Morrison on May 12 to honor Prince.

“(Paul Ryan’s) political career is over but for a miracle because he has so disrespected the will of the people.” – Sarah Palin

“I feel really confident that our city (regulations) protect 97 percent of the city from gas and oil development. I’m glad that we were to get at least that backstop in place for the City of Longmont.” – Longmont Mayor Dennis Coombs on recent Supreme Court decision to end Longmont fracking ban

“Was one of the most hilarious, courageous, uncomfortable, confrontational 30 minutes ever. Loved it.” – Shaun King on Larry Wilmore’s speech at the White House Correspondents’ Dinner

“More than a ‘once in a lifetime’ artist…Just a ‘once in forever artist.’ I’m still in shock.” – Justin Timberlake on the passing of rock icon Prince

“I kind of enjoy looking at people giving me weird looks… I use it as motivation to get so fast it makes people freak out because I’m challenging their preconceptions.” 16-year-old Olympic hopeful Reece Whitley