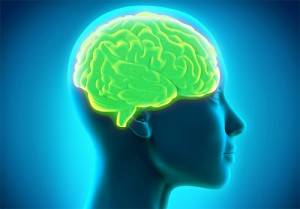 I once quipped to a friend who’d given me a sample of a strain called Brain OG that it felt to me more like Braindead OG. With so much herb that hits like a young George Foreman, I sometimes have to wonder, ‘Is this stuff ruining my brain in some way?’. Like every other child of the 1980s, I can’t fry an egg without mentally replaying Nancy Reagan’s This Is Your Brain on Drugs spot in my mind’s eye, and there’s the lingering DARE program fears that I’m lowering my IQ, killing brain cells, or otherwise irreparably damaging my thinking apparatus. So keeping with this issue’s smart theme, in this month’s column we’ll uncover the straight dope on just how dopey a dope-smoker might become.

Does marijuana lower your IQ?

When it comes to mind-numbing marijuana myths, wild theories about long term effects on intelligence are available in abundance. As Jonah Lehrer put it in Wired Magazine, “In popular culture, all it takes is one hit from a bong before people become ridiculously dumb, unable to solve the simplest problems or utter a coherent sentence.” But while a belief in the intellectual harm cannabis can do persists in the teetotaler set, the scientific research offers a bit more clarity.

Last year researchers at Cornell published a paper that takes a novel approach to looking at the issue. They did two studies on a total of over 3,000 sets of adolescent twins in which one twin used cannabis and the other abstained. They concluded, first, that “there was no evidence of a dose—response relationship between frequency of use and [IQ] change,” which means smoking more pot probably doesn’t do any more harm to your IQ than smoking less pot. They did find IQ decline in both the puffers and the passers, but they attributed the harm to “familial factors that underlie … low intellectual attainment,” because there wasn’t any real difference between the two groups.

But what if it’s April 21st and you’re still more than a little foggy after being tempted by one too many edibles? The good news is, even if you’re feeling a little dumber today, you’ll bounce back. A 2002 research article in the Canadian Medical Association Journal concluded that there was a “temporary negative effect on global IQ score only in subjects who smoked 5 or more joints per week,” but since the effects weren’t observed in previous users, “marijuana does not have a long-term negative impact on global intelligence.”

Of course, as anyone who’s mentally reviewed the Nancy Reagan fried-egg commercial for three decades might, we need to consider whether the long-term effects of marijuana could be neurological, if only for the guidance counselors who insisted smoking herb would kill brain cells or cause permanent brain damage.

The Journal of Neurological Science has published a number of articles looking at brain volume and shape in daily cannabis users and non-users. In an article published last January, they looked at MRIs of both adults and adolescents and concluded that after controlling for “gender, age, alcohol use and other variables, there is no association between marijuana use” and changes in size or shape of any of the parts of the brain.

How does marijuana affect memory?

It doesn’t take peer-reviewed research for us to realize that cannabis has some temporary effects on short term memory—anyone who’s tried to remember where their keys are after a morning toke can tell you there’s some correlation. But the scientific literature does shed some fascinating light on how and why cannabis effects memory, and how some strains may remedy the scattiness others can temporarily evoke.

In 2003, researchers at Wake Forest University school of Medicine injected rats with “an initially debilitating dose” of a potent cannabinoid every day for over a month. For the inevitably curious, the dose was referenced as 3.75 mg/kg of bodyweight, or about 12-15 high grade joints worth of active ingredients injected at a time.

Predictably, the rats were really stoned for a while. But the researchers found that after around three weeks, the rats were starting to tolerate the dose and, “[their performance] recovered by day 30 and was stable at pre-drug levels.” So even rats getting heroicly dosed on the daily do develop a tolerance and come to function normally, so you’ll almost certainly make it out of your brownie haze, even if the indulgence becomes a regular thing.

The British Journal of Psychology did some novel research in 2010 looking at how smoking high THC herb affected memory when compared to herb high in both THC and non-psychoactive CBD. They tested 134 tokers in both stoned and straight minds, and then analyzed their herb to compare potency. The researchers found that while their subjects were consuming the same amount of THC, those whose herb also contained CBD showed “no memory impairment”, compared to “marked impairment of prose recall” in the THC-only group. If you’re concerned about even the short term impact of cannabis use on your memory, try some of the great high-CBD varieties most dispensaries have to offer.

With all the research on the impairment cannabis can temporarily bestow, are there any possible benefits? We know that creative and scientific geniuses like Louis Armstrong and Carl Sagan were big-time potheads, but was it coincidence or herbal inspiration?

The Journal of Psychoactive drugs studied creativity by looking at divergent thinking on standard behavioral tests among cannabis users, ecstasy users, and a control group of non-users. Ecstasy users had pretty average responses, but thought their own responses were more creative than average. Cannabis users, by amusing contrast, had “significantly more ‘rare-creative’ responses,” but thought they were pretty average.

After our brief survey of the literature—and with all due apologies to both former First Lady Reagan and my under-appreciated high school guidance counselor—it’s pretty clear that cannabis has no long term harmful effects on IQ, nor does it cause brain damage. As for your memory, even incredibly heavy daily use seems to stop impairing the user at some point, and with the right herb, your memory may not skip a beat. And when it comes to creativity, it looks like Armstrong, Sagan, and the rest could be on to something.