L.A. rockers Jane’s Addiction ripped through their 1990 hit album “Ritual de lo habitual” start to finish as headliners Friday night at Riot Fest in Denver. Fans jammed against barricades passed occasional crowd surfers over to waiting security guards as the band served up pristine versions of the album’s many hits. 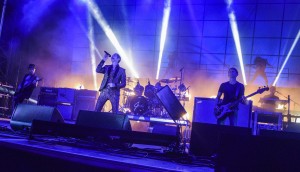