A Whack-a-Mole Approach to Performing Arts 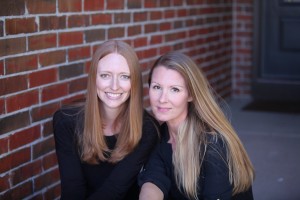 There is no dedicated performing arts space in Erie, but there will soon be several. That’s thanks to a new business model coming from Pop-Up Culture, which began when Jessica Learoyd and Heather Cleveland met in August. The duo quickly teamed up to bring performing arts to Erie. After presenting a proposal to the Erie Arts Coalition, and being voted onto the board, they looked at their options as a nonprofit and decided they’d become an artistic start-up LLC instead.

Is the pop-up nature baked into the business plan?
HC: It is. We produce creative cultural events in non-traditional venues. There’s a lot of potential in Erie because everything is locally owned and there aren’t any dedicated performing arts venues. So we thought why not support the local business and the arts.
JL: I think there’s a lot of interest here. Me myself, I can’t just drive to Boulder to be in a show. That’s an hour of travel time both ways. A lot of people have said it would be nice to have something here.

How many events can we expect?
HC: We’re going to do a full season next year with six big events and pop-ups to test potentials series. So a comedian is our first pop-up in January. The big events will be the New Year’s Eve Gala, a luau, a farm-to-table dinner… just things that I think will go over very well here.
JL: There are a lot of parents wanting to put their kids into some sort of performing arts. I’m a professional [acting] coach, so we’ve decided to open up performing arts camps for kids and have those two or three times a year for different ages. And we’re also going to start improv classes at the arts center, that’s eventually, hopefully, going to lead to an improv troupe.

You’re working with nonprofits, but you decided on an LLC.
JL: We’re a cultural events setup, but we have a social conscious. Eventually… we want to have a way for the public to vote on things for us to bring in, whether it’s a local artist commissioned to put on something downtown or put on a local event where everything is free.

What’s been some of the interesting feedback?
Both: YES!
HC: It really supported our pop-up model because I think we could really attract different people… and changing the venue keeps things from getting stale.
JL: Nobody would come out to comedy every month. Performing Arts doesn’t have to be just acting. We thought of doing a Top Chef type thing. Our options are limitless as far as what we can do.

Catch Pop-Up Culture’s debut event, Murder Mystery Dinner Theatre at the Erie Community Center on Nov. 12, 5-6 p.m. Creative Revolution Theatre Company and the Arts Coalition of Erie partnered on this performance, which will tap the audience for help solving the murder. Rated PG. Tickets are $35 | popupculture.eventbrite.com