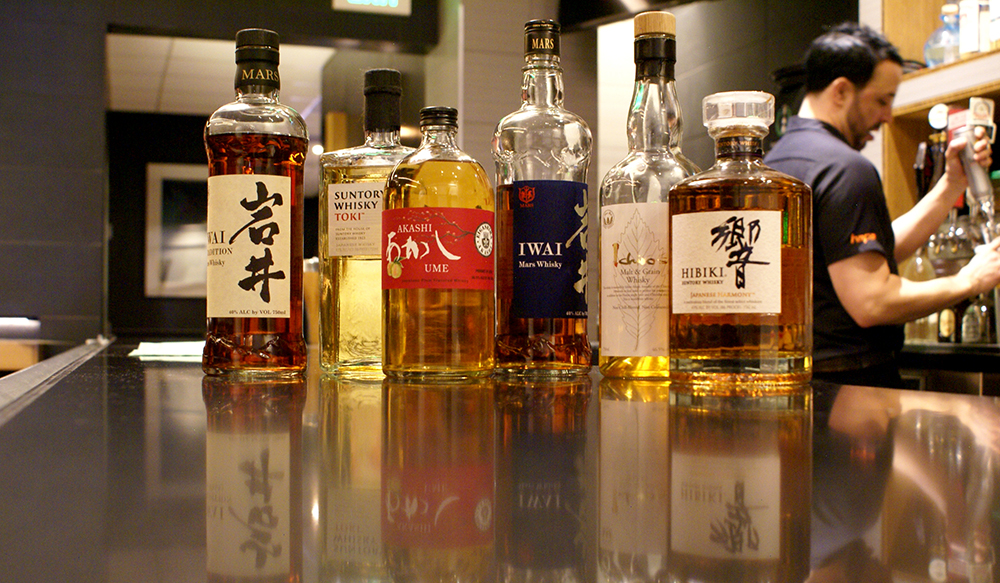 I drink often, but I don’t often drink in Cherry Creek. Not because I have anything against the neighborhood necessarily, but I’m a North Side dive bar kinda guy and I don’t have many nice clothes. It’s also more fun to visit Cherry Creek when someone else is paying. As fate would have it, recently I was wearing a particularly festive and dapper sweater, my buddy was in the mood for some Japanese whiskey, and he had a gift card to Hapa Sushi. Happenstance? We’ll call it HAPAnstance. I really can’t fathom my good fortune at times like these.

First, some context about me and whiskey – for as long as I can remember, bourbon and I have been close. Japanese whiskey is new to me, though, and it has a lot more in common with Scotch. Namely because the Grandfathers and tycoons of Japanese whiskey studied the art of distilling in Scotland before launching ventures  in the early 1920’s, but I don’t have a lot of experience with Scotch either. In addition to boasting “one of the largest sake collections in Colorado” and a creative collection of speciality cocktails to boot (no doubt worth future exploration), Hapa has a small but robust – and rotating -selection of Japanese whiskey that my friend was eager to introduce me to and that I was equally eager to explore.

Had I not unintentionally gorged myself at a holiday party earlier in the evening, I definitely would have started things off by ordering the wagyu bao buns and ginger pork gyoza – rich, umami flavors, for whatever reason, go hand in hand with whiskey in my mind. That said, and somewhat conversely, I doubt that any of the whiskeys we drank that night were intended to be paired with sashimi. Somehow it worked, and after having gulped down a plate of maguro (tuna) and shake (salmon) we ordered another of shake, tako (octopus), and hamachi (Japanese yellowtail). I digress … 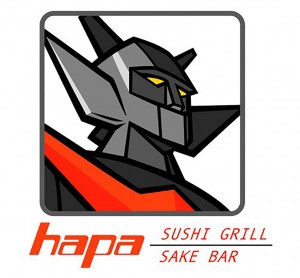 Our first foray into Hapa’s Japanese whiskey selection was the Nikka Pure Malt and the Nikka Coffey Grain. We ordered a companion glass of rocks with the intent to sip neat before altering, but discovered that the Pure Malt, which my friend described as lemony and smooth with ice, opened up nicely with the addition of a few cubes. . The Coffee Grain, however, we preferred neat and felt comforted by its smoothness,e its sweetness, and the warmth that lingered as if in homage to Kentucky.

Next up was the Hakushu 12 Year and the Toki Suntory. Once again, the former came alive with the addition of ice and transformed  a somewhat harsh smoke into smooth finish with an almost vanilla-y aroma. Our other compatriot pointed out that there was some “science” at play – something about tannins and oils and barrel effects – but all I know is that three cubes closed the nose and opened the mouth, as they say (is that what they say?). The Toki Suntory, on the other hand, which was described to us as having a “subtly sweet, spicy finish with hints of vanilla oak, white pepper and ginger,” could more aptly be described as benign. With or without ice. Still, it contained alcohol, so we managed to finish it between mouthfuls of fish and edamame.

As the sounds of alt-J and The Shins wore on, the restaurant’s crowd thinned and the staff busied themselves with closing duties. The majority of our fish had been consumed and our conversation had swayed from the apolitical to the political, yet our true work remained unfinished. A final whiskey required our attention, so we ordered the Togouchi and requested the company of our waiter for our final foible of the night. Our waiter – a recent Master’s degree graduate of the biomedical sciences and fellow bourbon drinker – chose her favorite, the Nikka Coffey Grain, and the Togouchi, meanwhile, became ours. Fortunately for our future selves, it was also the cheapest. True, I’d had a few, but I remember its youthful aroma, its subtly sweet, floral smack, and its delicate finish. My friend affectionately described it as dope.

With our bellies full, spirits downed and spirits lifted, we ventured forth having experienced something unique. Admittedly, my palate is unrefined and almost sloppy – a working man’s palate with a rich man’s predilection and a penchant for taxing my liver. I say this because, from drink to drink, the distinction was at times hard to discern. The effort, however, was always there, and this guy will definitely be back for more.

Editor’s Note: While we had this Hapa tasting at the Cherry Creek location in Denver, HAPA sushi has locations in Greenwood Village, on Blake in LODO, and in our own backyard on Pearl Street. Protip: unless you’re drinking at the bar you have to request the Japanese whiskey list. It rotates.

View all posts by Zach Booz →