Béla Fleck and the Colorado Symphony Amaze in Denver 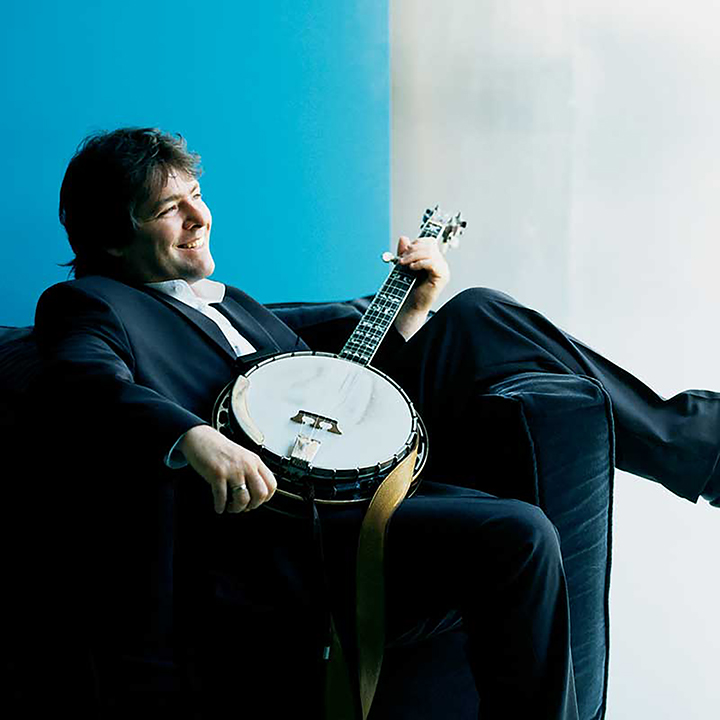 Béla Anton Leoš Fleck — 16 time grammy award winning banjo player and high school french horn player who “was demoted to the chorus, due to his lack of musical aptitude —  and the Colorado Symphony performed together on June 14th in Denver at the Boettcher Concert Hall. The first half was comprised of the Colorado Symphony performing three pieces in Béla’s name, literally. Béla Anton Leoš Fleck is named after three prestigious composers, Béla Bartok, Anton Werbern, and Leoš Janá?ek. The conductor, symphony music director Brett Mitchell, was animated and charismatic. He began the evening explaining all of this to the audience while cracking jokes (such as checking Béla’s wikipedia page for inspiration), creating a very inviting atmosphere. He also explained each piece before beginning it, so that we could have a full context of the performances (as some of the songs were a bit odd).

In true homage to his homeland, Bartok’s piece was a collection of Hungarian folk inspired dances and melodies, each with drastically different tones. This is notable, because the symphony was immediately able to showcase their range of stylizations as well as dynamics (for example, their volume and intensity of play). The titles of the dances were full of character, ranging from the simply titled “Melody” to the quirky and fun “Slightly Tipsy”.

Werbern’s piece was concerning at first, because he is notoriously impressionistic, which isn’t for most crowds. The piece was still compelling, however, perhaps thanks to the description given by the composer, or perhaps thanks to the Symphony, or perhaps because of the choice itself. The piece, Im Sommerwind (In Summer’s Wind)  suggests a warm, windy, summer day, and starts of peaceful and calm, before moving into a more chaotic and tense middle. This type of music can be very disinteresting for audiences, but again, given context, can make the dissonance less alienating. The story told by the music makes more sense, and this gives it a more “musical”, emotional quality.

The final composition tells the story of a Cossack father and his two sons invading Poland, and subsequently dying. The first son died as a traitor, who fell in love with a Polish woman, and his father killed him saying “I gave you life, and I shall take it away.” The second died as a martyr, being captured by the Poles and tortured to death. The father then leads a battle to Warsaw, and, of course, dies in battle. Thankfully, the evening picks back up in mood once Fleck enters stage.

Needing no introduction, Béla simply walked onto the stage with his banjo, gave the first chair violin a “brofist”, and the crowd and symphony clapped together. The presentation of his Banjo Concerto No. 3, “Louisiana”, was done in a very unique way. Each movement was played in succession, without pause. Normally, a movement is played, and the audience waits for the next to begin in silence. Perhaps it’s suiting that a unique concerto is played in a unique way. The stark contrast of banjo and orchestral instruments were blended excellently, mixing together swamp folk, New Orleans Jazz, and more classical modulations. Reminiscent of Gershwin, there is plenty of “call and answer”, where Béla will play a line, and it is repeated by the orchestra, or is repeated slightly higher or lower than it was. There were also frequent cuts to a seperated jazz trio of clarinet, trombone, and trumpet, on a high rise, playing a in a sort of “New Orleans in suits” style music. One of the things that kept piquing my interest into the piece was his use of glissandos (when you glide from one pitch to another), syncopation (playing off the beat), and use of blues scales. It sounds very much like a banjo concerto would sound in your head.

Béla’s banjo playing is undoubtedly masterful, as is the Symphony’s orchestral accompaniment. Often, when you listen to, let’s unfairly say, a High School orchestra, it often sounds more like individual people playing parts together. Here, however, it sounds like each section joins together as one massive instrument, each adding to the overall composition seamlessly. Undoubtedly the conductor’s leading helped unify the band; he was incredibly animated, and you could tell which emotion he was trying to evoke in the music.

After his concerto, Béla returned to the stage for an impromptu, perhaps improvised encore. Using a waterfall of arpeggio’s, he quoted several popular songs of different eras, including “The Sound of Silence” (which the audience truly adored). The symphony took a seat here, and you could see their awe watching him captivate everyone in their chairs with a wall of notes. Bravo, Colorado Symphony Orchestra! Bravo, Béla Fleck! Cheers to a very lovely performance at the highest levels of artistry. Bravo.