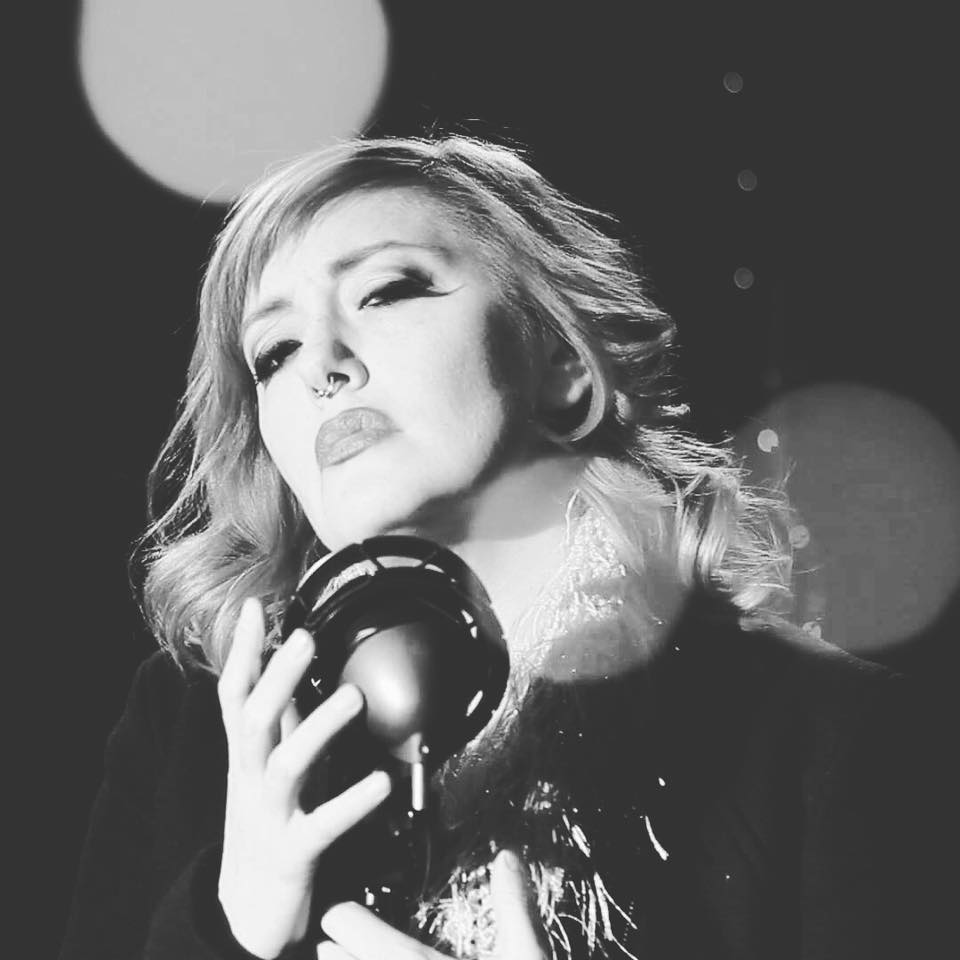 Goosetown Tavern was a fireworks display as Marie’s Birthday Extravaganza  lit up the Music scene with the intensity of a firecracker in the night. Marie is the lead singer for PrettyMouth. It was definitely her night as friends and fans lined up at the door and gathered around to pay homage to this long standing local musical talent. That Friday the 13th was a cold, windy one… so, what better than some original Denver music to warm up the soul?

Opening for PrettyMouth were Archipelaghost, a brand new band made up of old and new Colorado talent. With a panda playing keyboardist, nodding his head to Brooklyn styled pop-hop backbeats while a blue bass foot tapper was laying down subtle accents, adjacent a fabulous black and white houndstooth jacketed guitarist weaving webs against the walls of the dim lit stage, it was clear that the night was going to be a unique blend of sounds. Archipelaghost is led by vocalist and keyboardist Drew Mcclellan’s unique blend of song and lyrical near-hip-hop styled offerings with a mixed bag of jazz spice articulated on his keys. Drew described the project as being “reformed…songs that were on the backburner.” Well, tonight they were lit up as ladies moved their hips to the new fire and they breathed life into some of these “old ideas.” One song, “Sunshine”, sticks out from the rest and, ironically, Drew — while smoking a cigarette in his Canadian Tux — admitted that it was “inspired by Marie’s face”. Now that’s not romantic.

Marie took the stage with bleach-blonde hair (her natural color is blonde, but she’s been red of late), black mascara, and her ever endearing smile highlighting the elegant sparkles glistening from her black guitar, thanking everyone for coming before giving the crowd what they were there for. It was a classy grunge elixir, if you can imagine that…. And, just like the waning crescent moon that night, ready to get dark and then shine anew like the new moon rising a few days later on April 15th, Marie seemed untouchable, unreachable, and radiant, the organic tapestry of Jed’s drumming providing a rollercoaster to the multi-textured emotions and colors of the soaring and brooding cello playing by long-haired Leaf Show-Strum, who would also add guitar elements for this fully-evolved gang of troubadours.

Magick is the word that best describes PrettyMouth. Their compositions evoke curly smoke from all corners of the room. It’s clear that they are masters of their craft. With thunder and lighting they invoke worlds with sonic and precise musical affirmations loosely developed with a great sense of when to articulate the sound of emotion. Each tone is a darkened mood where great light shines, planting gardens of humility in the audience’s ears. The music itself can, at times, be a descending staircase that splits in two somewhere between heaven and hell, a place that is human and real. When you arrive to this place you are greeted by the dark angel of Marie’s sexy, abstract and and deeply vulnerable storytelling. “He’s my warning… He’s my sickness…” she sings and strokes the air. … “Please tell us… We are dying to hear all sad songs”, she sings as she stirs her cauldron. It is this gift of giving and relaying the authentic and true quality of expression that the audience just cannot simply deny. Empathetically you can’t escape the kinship and mysticism this band blends into one. As an artist, musician, or poet, the tonality of it all encompasses the most humble current of the creative ocean. Ben’s basslines sensually rub against the depth of Maries voice, Jed marches into a procession and then vanishes when Leaf pulls together his strings, only to further explain the existential story to us. And after you take it all in, you can’t help but mutter to yourself “fuck, this rocks!” — Or more specifically, PrettyMouth rocks!

When the drums break like waves and the bass/guitar strings crash down to leave you with Marie’s subtle and sweet range, you appreciate being there to ride it out. What’s amazing is when you discover they are only two songs in and there are so many waves that haven’t even reached the shore yet. From that point you may look toward the lights swirling around the room and then suddenly lounge back to the down tempo bass lines woven into the whole fusion of this post-modern Portishead(esque) seductiveness. After admitting to the band I felt a Portishead vibe from it all, they seemed to understand the mood I was picking up on. But, to go further. The darkened sensuality of Siouxsie and the Banshees mixed with the intellect and vulnerability of Portishead is what this band seemed to really possess. You can easily find yourself dreaming of driving alongside the dirt roads of Arizona’s Vortex and in another moment imagine yourself in some smokey den in New York City. It’s the contrast of the music that does it, all while bringing you down to earth to realize you are, gratefully, still in Denver, Colorado.

The night was magical thanks to the music and circle of bohemians, indeed. When the Trade-Ins closed out the night with a good-ol’ fashioned punk rock party. Some may have written of the night after PrettyMouth’s electric performance, having filled their drink to settle in to the night’s end, but little did they know that half of their drinks would be spilled on their neighbor with all the merry moshing and shenanigans about to get stirred up. Between Goosetown’s very own Manager by day and guitar god by night Rob Crawfords ripping guitar solos and thrashy chord structures mixed into the driving bass train from the female energy of their band, The Trade-In’s reminded everyone it was still Friday fu**ing night. Sure they might have been all dolled up like attorneys, sporting 2 and 3 piece suits, but never judge a book by it’s cover. The only law they were laying down was the punk rock kind, and that’s just chaos. This much was evident when you got an ear full of the singer’s growl through the distorted bliss of rock n’ roll reminiscent of Murder City Devils. The fact is, they perpetuated that nice twitch often spawned from solid drumming. You know the kind… it’s like having a convulsion to the beat.

Yep, it ended on a Punk rock note. But, with all good punk rock, theirs is a respect, and when all was said and done the band and crowd all said their wishes to Marie with a round of happy birthday… and the rest, well, history.

View all posts by Anthony Bravo →