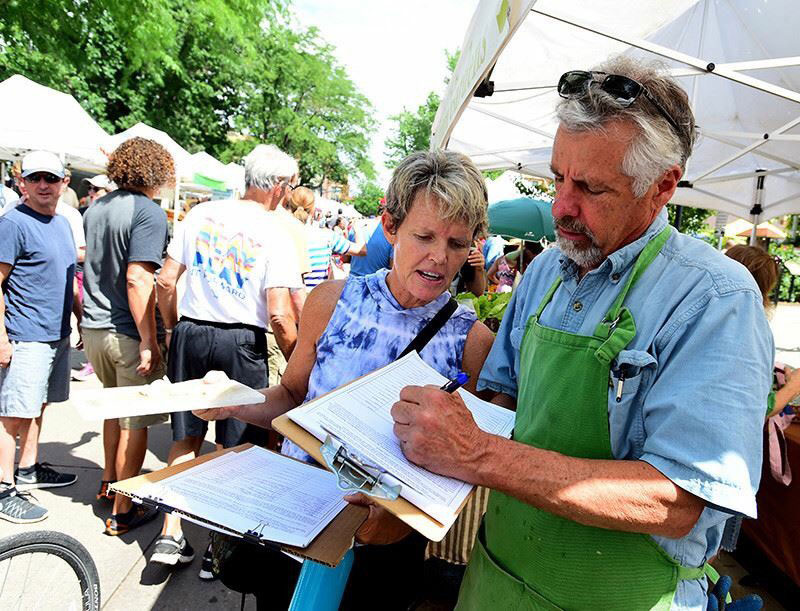 We caught up with Suzanne Spiegel of Colorado Rising (CR).

YS: What is CR and what are the goals?

CR: “Technically, Colorado Rising is an issues committee—a 501(c)(4). It is a coalition of over 80 groups, both local and national. We’re working to pass a state ballot initiative (I-97) that would enact 2,500 foot setbacks on fracking activity from homes, schools, playgrounds, and water sources. Right now, the existing setbacks on homes is only 500 feet. From school buildings it’s only 1,000 feet. This is a citizens movement that aims to protect the health and safety of Coloradans and these precious areas.”

CR: “I am a volunteer organizer, and I deal a lot in fundraising. I’ve been organizing on the issues since 2012. I worked on those local city bans and moratoria in the Front Range. I worked at an organization I founded called Frack Free Colorado.”

YS: What are some of the ways CR is fighting fracking?

CR: “We’re grassrootsy. We organize in communities, teaching people about what we’re doing and why it’s effective. We host community trainings to bring up new leaders. I was also a proponent for the bill, which means I was legally one of the people that brought the state ballot initiative through the court system.

YS: How big is this grassroots org?

CR: “We have over 750 active volunteers. Those are people that collected signatures or became notaries or manned [sic] offices or did behind-the-scenes work. We have a large volunteer base that spans across the state. It really is a grassroots organization. Our success in collecting signatures is a direct reflection of that. The volunteers collected half of our signatures, which is uncommon for a state ballot initiative. We had over 171,000 signatures.”

YS: What are the biggest challenges CR face?

YS: What is the next issue CR wants to focus on?

CR: “It will be protecting the law. You never have a clean win, because the oil and gas industry is always trying to undermine it. It’s never over and done with. We imagine that our job will be to defend the initiative and to hold our representatives accountable to defending the initiative and the will of the people. We know that even though oil and gas companies have money and power, they are also a delicate industry. At some point, fracking won’t be economically viable because fracking is built on debt. Wells produce a lot at first, but they fall steadily over time. That’s why they have to keep drilling. Because of that, we know that every single delay really impacts this industry, and makes room for a transition.

YS: Is that transition you’re talking about away from oil and natural gas economy in Colorado?

CR: “Yeah, and also toward a green energy economy. Green technology is becoming more economically viable and is far more efficient. Green technology is far more relevant. The transition is really already happening, and what a shame it would be to lose such beautiful areas of our state in the meantime…this is really just the last gasps of a dying industry. We can’t go down in those final moments.

YS: Thanks for talking with us, Suzanne.

View all posts by Jonah Svihus →