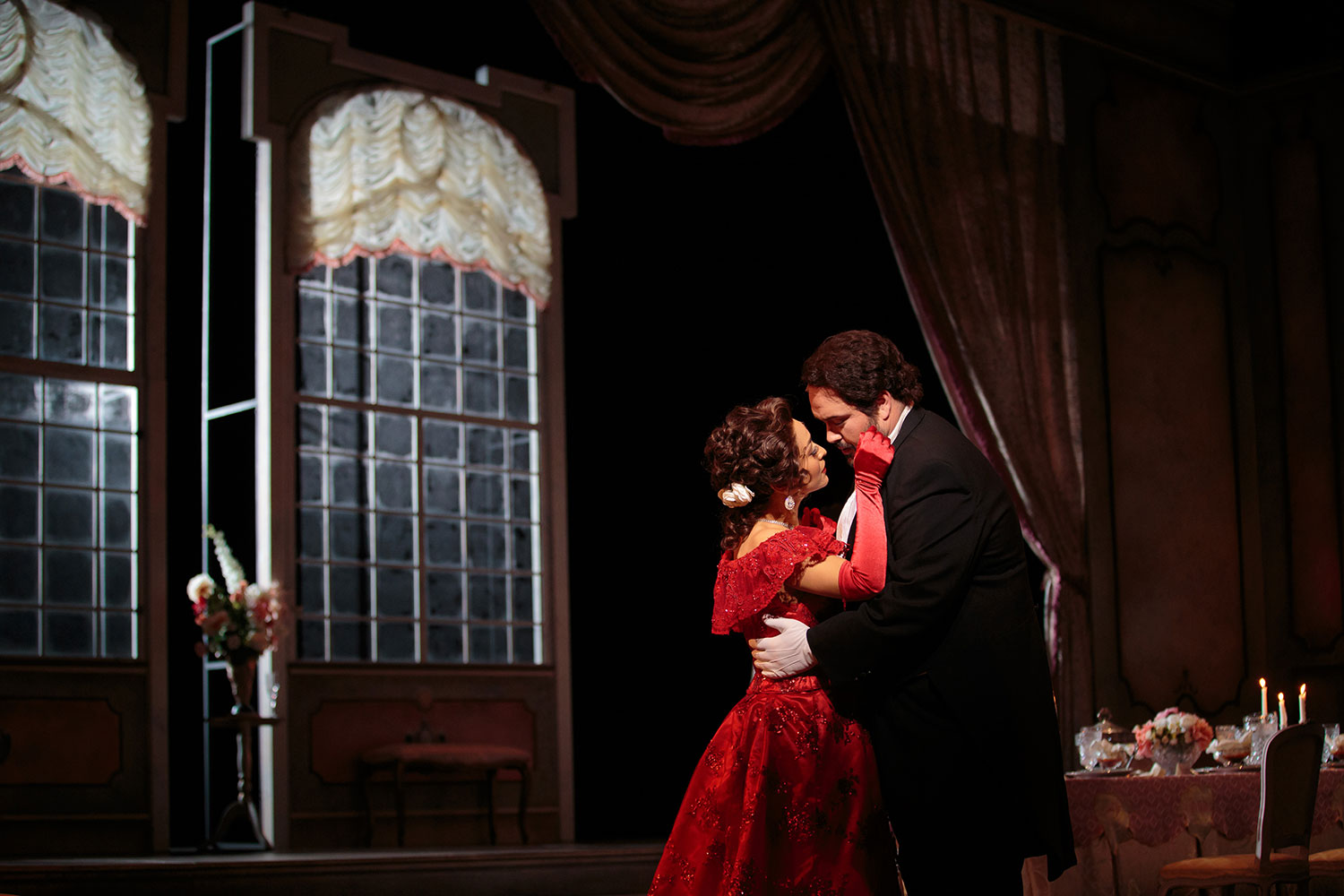 Opera Colorado completed a four night run of the Verdi’s La Traviata on November 11th with an afternoon performance. We stopped in to take in the masterpiece that is considered “one of the cornerstones of the operatic repertory.” It’s widely regarded as the most important opera ever and is, by most estimates, the most performed. In fact, La Traviata was the most performed opera worldwide during the 2015/16 season, according to Operabase.com, with a total of 4,190 performances across 869 separate productions. Initially, however, it was a flop.

The famed opera composer, Giuseppe Verdi, wrote la Traviata as an adaptation of La Dame aux Camélias, a play of the same time by Alexandre Dumas the younger, who lived 1824 to 1895. The protagonist of the story, Violetta, is a lady of pleasure. Please forgive the euphemism. Yes, she was a prostitute… And, apparently, a very successful one. Putting such a character at the center of an opera was a risky move and surely a part of the reason for La Traviata’s less than successful opening when it debuted in 1853.

Opera goers are introduced to Violette in her revelry, in her luxury, well adorned and surrounded with fawning company. We are also introduced to her soon-to-be lover, Alfredo, who is presented as an admirer of hers and is the man who does the famous toast, the first real song of the opera, Brindisi. If you heard it, you’d know it.

The opera itself is a masterpiece, a legend, and Opera Colorado does a fantastic job of bringing it to life set in the time frame in which it was originally written. That would be the 1850s. Betsy Schwarm, writer and musical historian who does educational lectures in advance of performances for Opera Colorado, pointed out that Verdi had wanted La Traviata set in his modern era, as it was based on a story that had just happened. But Verdi was denied; opera’s belong in the past, he was told, and so his performances were set 50 years before his time. Lucky for us, that’s not the case today. Or, maybe that’s the case, but Verdi’s time is historic to us and so we can set it as intended, in 1850.

The curtains rise after the orchestra roars to life and you’re struck – I heard more than one “wow” and “oh my god” bubble up from the crowd – as the curtains revealed the lustre of the set. It was unreal, or surreal; I thought it was some CG manipulation. But no, the set team is just that good.

I’m reminded of a story that inspired a tattoo I want to get. Sounds funny, I know. Stay with me. In Act II, part I, Violetta is singing about how good it feels to be in love, how it feels “to be loved while loving” – Essere Amato Amando, the words I want to have tattooed. There’s a story that got popular around 2012/2013. An etching was found in a castle and translated in 2012 by a worker repairing the castle. Historians digging in to the story found it was much more interesting than just some juvenile graffiti. It was reported that, “Lady Alice Douglas-Pennant — known locally as “Lady Alice” — had occupied the room [where the etching on a window was found]. As the story went, she was banished to the castle tower when her wealthy industrialist father found out she had fallen in love with a gardener.” That is, a jealous father forbade love – as Alfredo’s father forbade the love between him and Violetta – and Lady Alice was banished to a tower, not unlike Violetta deciding to banish herself to Paris to obey Alfredo’s father’s wishes.

The parallels end there, however. Lady Alice was the daughter of a lord. She etched the now famous words into her bedroom window pane when she was a teenager, probably around 1880. Lady Alice eventually left the castle and lived as an artist in London until her death at age 76. It’s reasonable to suspect that Lady Alice, in her youth, as a daughter of a lord, and as somebody interested in the arts, might have seen Verdi’s La Traviata and been inspired, writing Essere Amato Amando, to be loved whilst loving, while longing for her own forbidden love. The real wonder of La Traviata is that, “regardless of the period, these character speak to our universal nature. The plight of Violetta makes sense regardless of whether we see her as a 19th Century courtesan, a 21st Century prostitute, or something else altogether.”

Opera Colorado gave us a tour de force performance. The protagonist, Violetta, was played by Opera Colorado newcomer Cecilia Violetta Lopez. Yes, her real middle name is also Violetta, so get a kick out of that. Also, not that my one year of college Italian wasn’t helpful, but the on-site, at your seat, live English or Spanish translations of the opera as it’s happening means not just appreciating the songs and visuals, but engaging the story and the brilliance of Verdi presented today, catching all the nuances of the conversation and what is happening.

We have to say bravo to the entire cast. To the set designers who brought the time and place to life. To the costume designers who brought the individual personages, the beauty and the revelry and the madness to life. And lastly, to the singers, who really delivered top-notch, worthy performance for Colorado opera goers. This level of high caliber performance and stage production is probably why Opera Colorado is one of very few organizations throughout the United States who was recently awarded a Bloomberg Philanthropies Arts Innovation and Management grant, which we are told will be used to bring even more production value to consumers.

Make sure to visit Opera Colorado online for news, events, and tickets to upcoming operas. 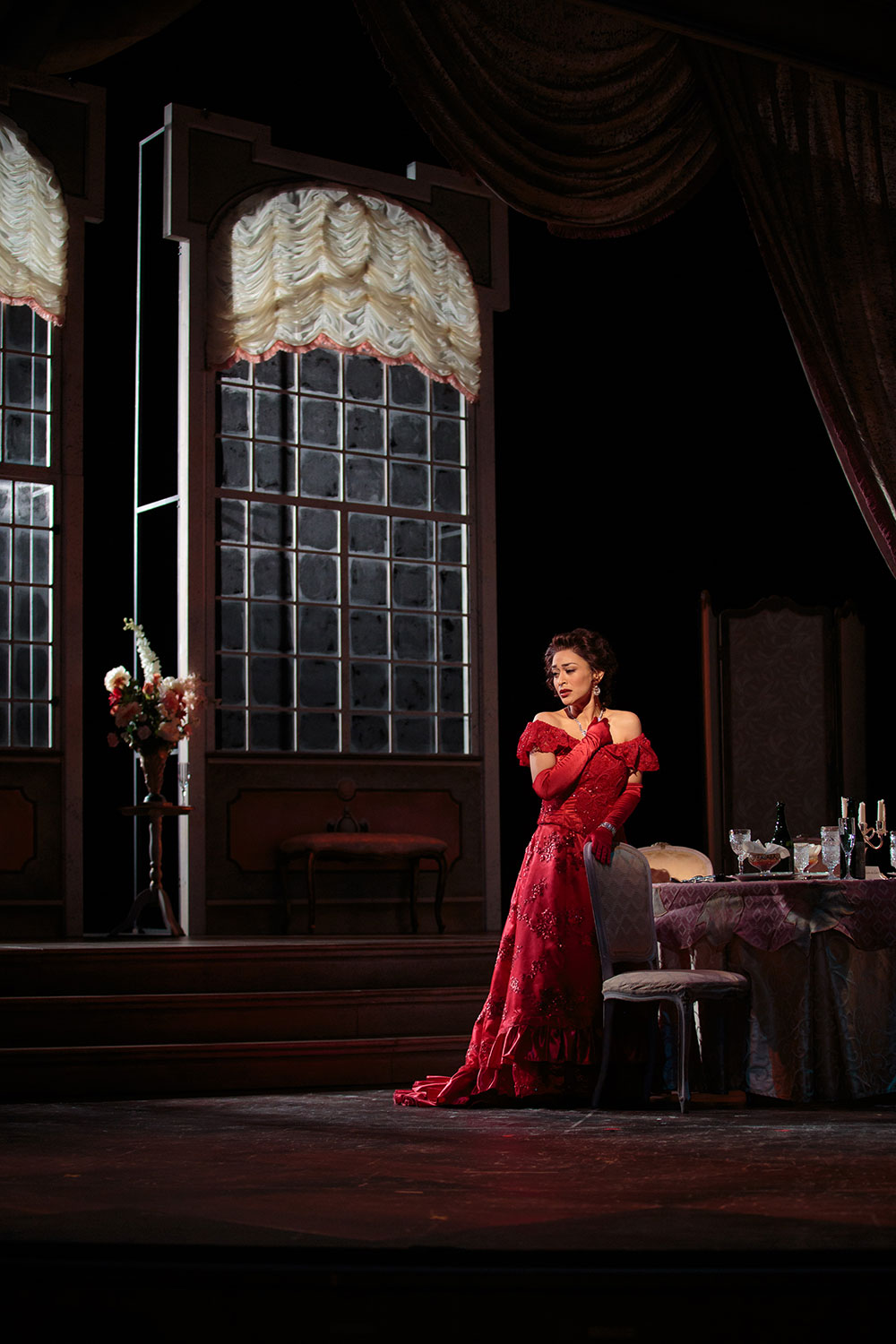 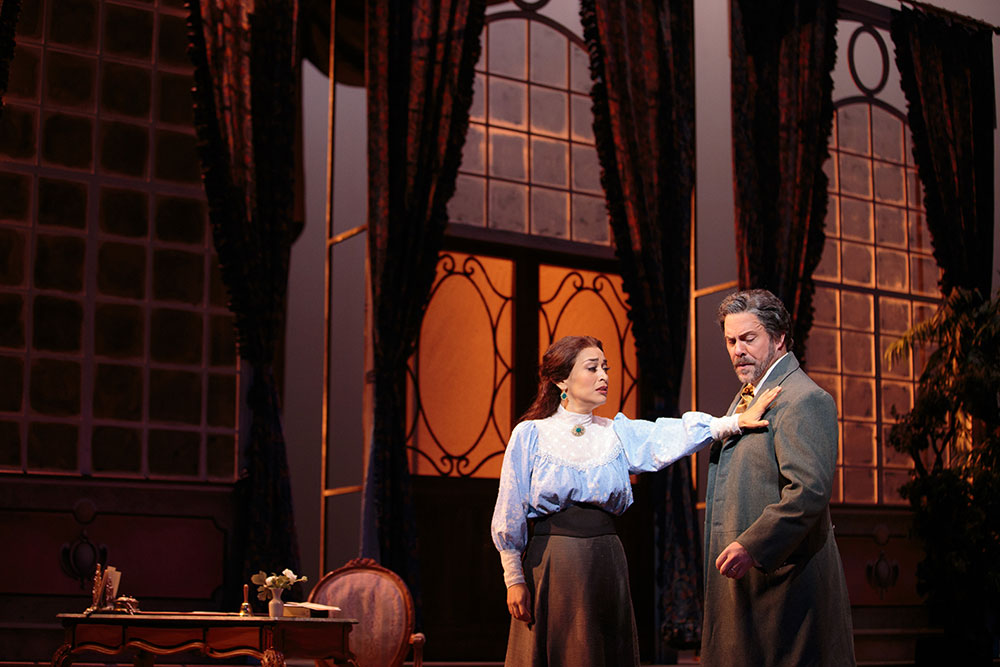 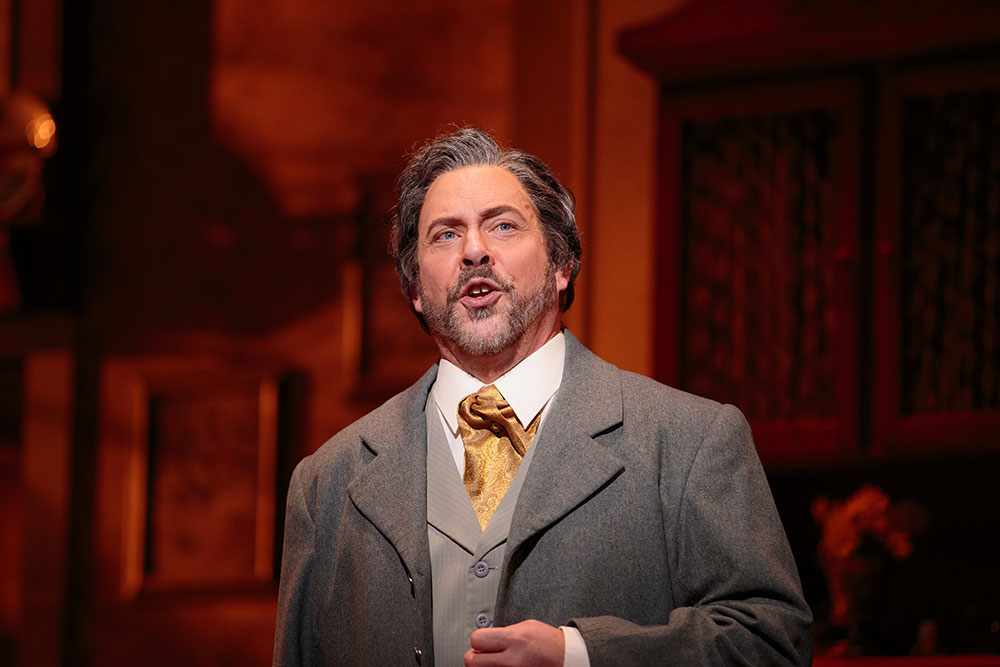 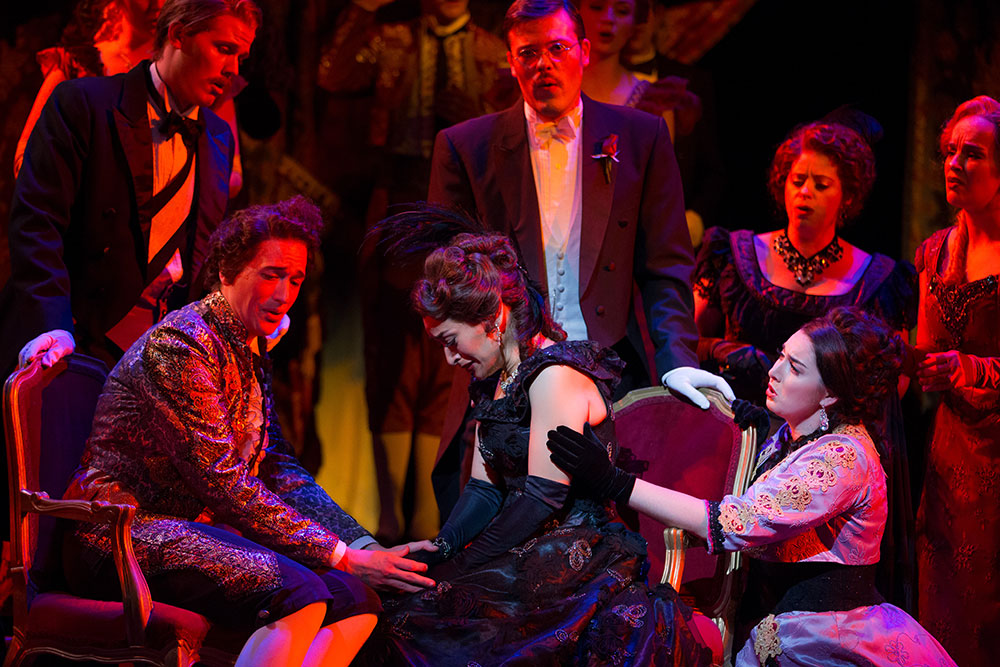 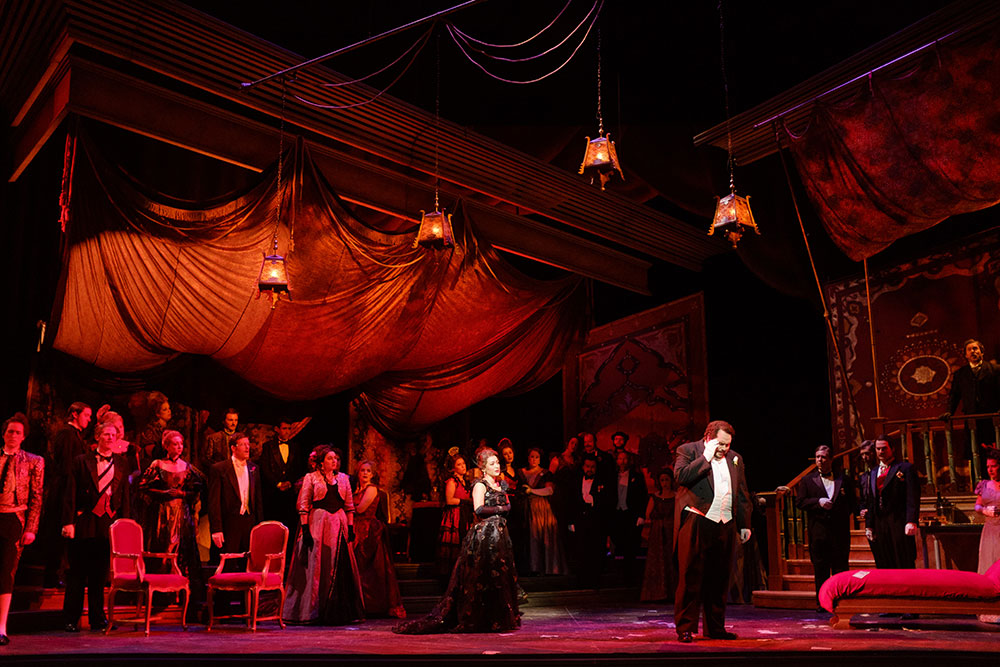 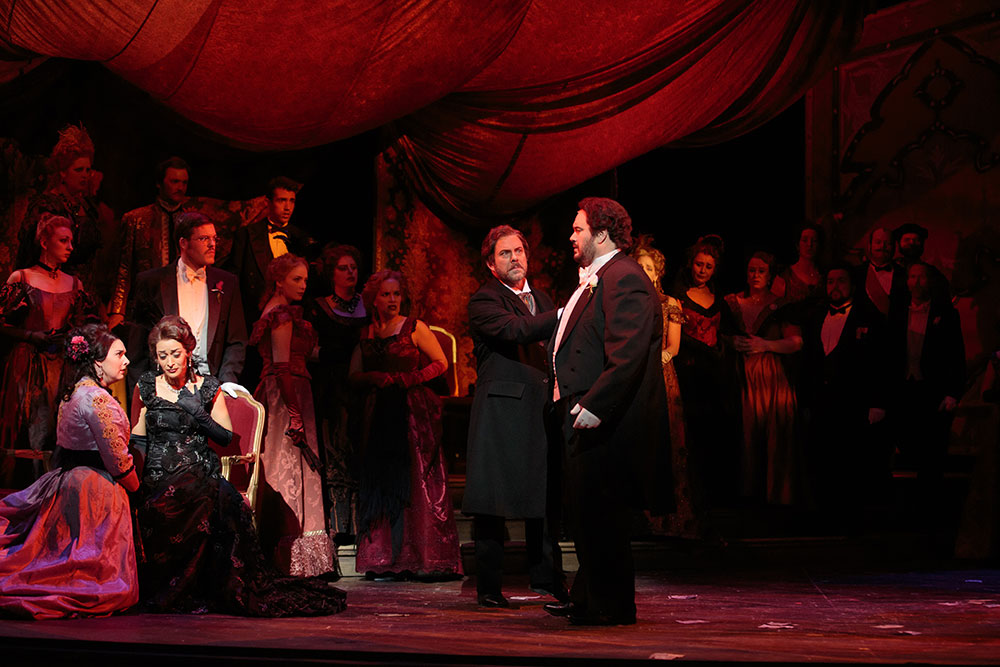 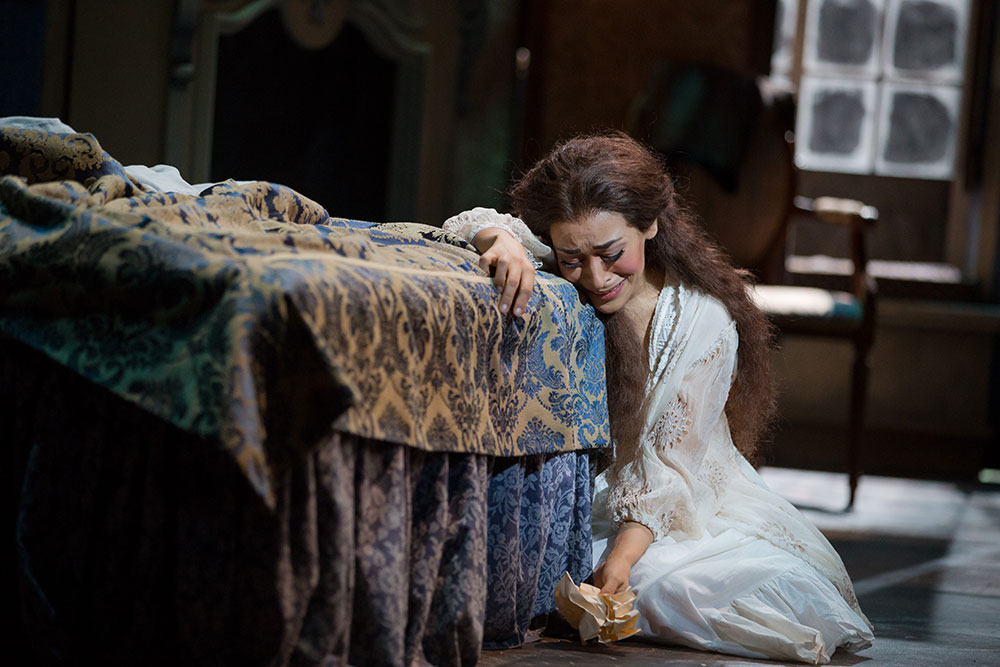 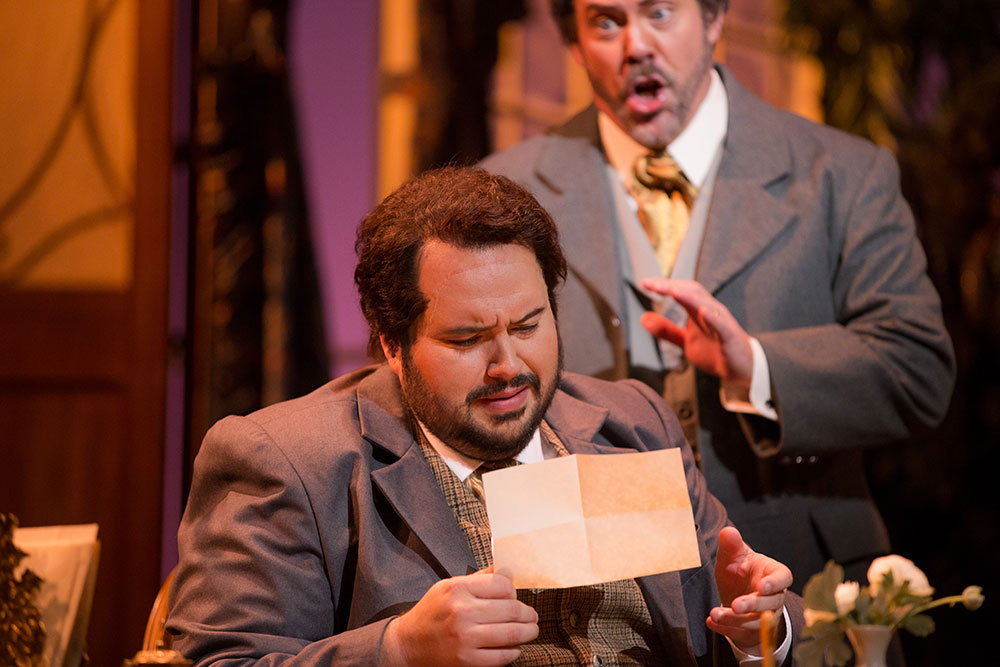 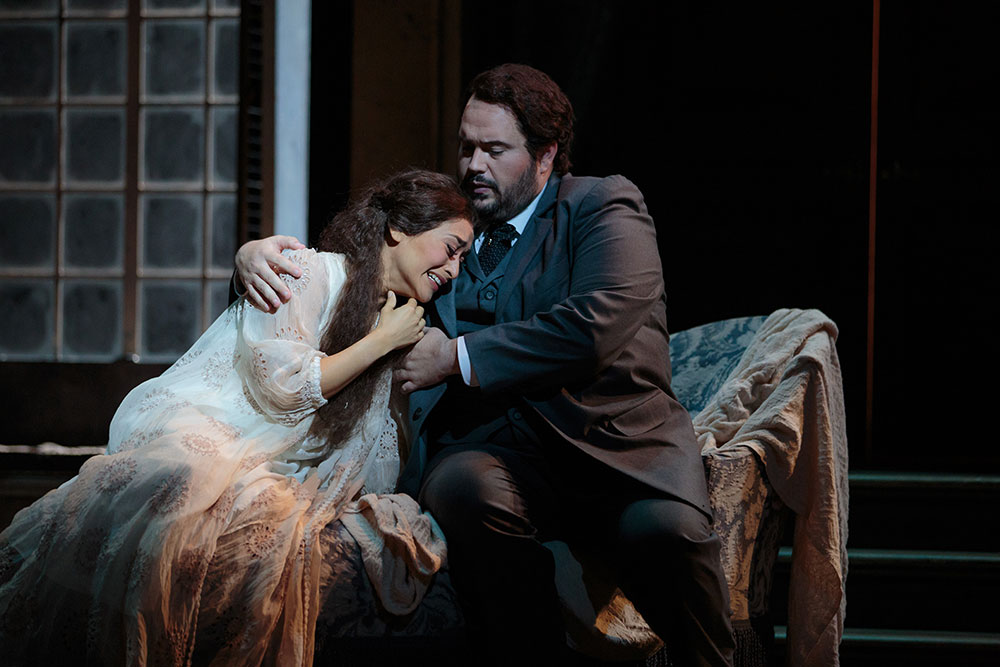 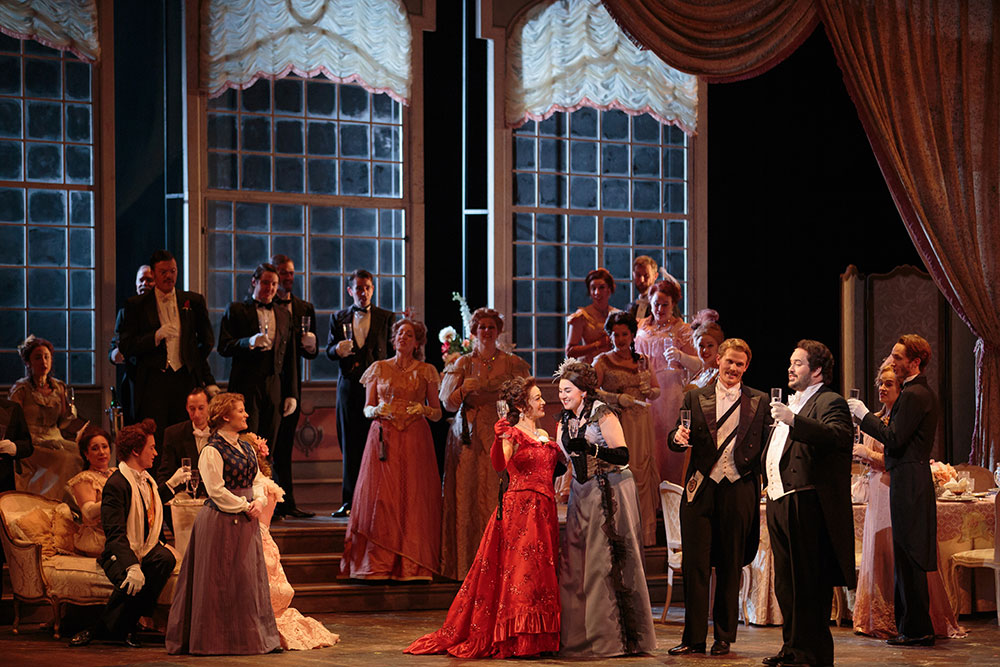 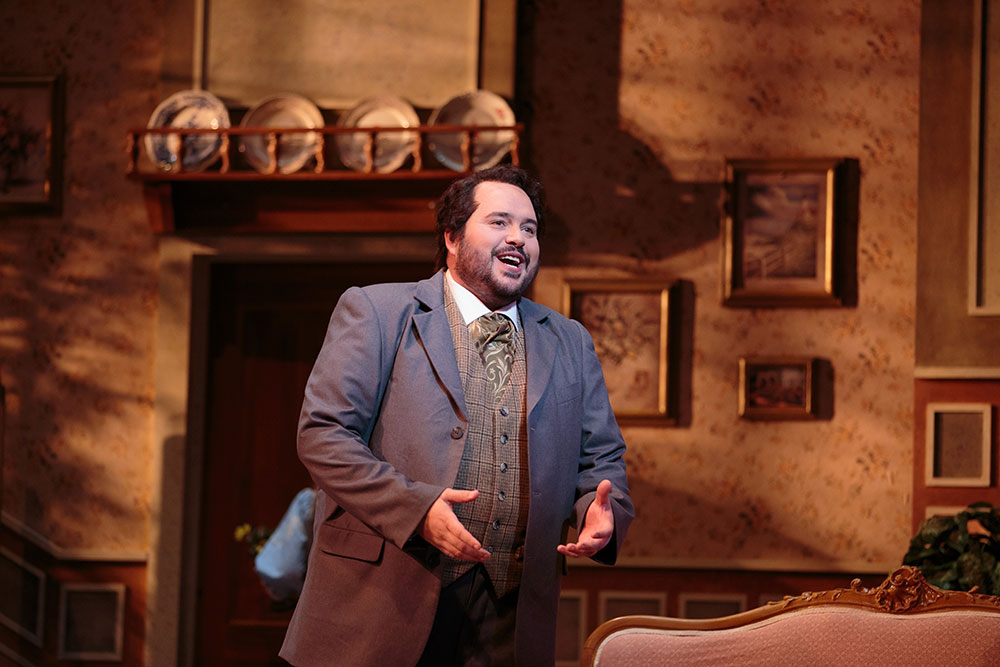