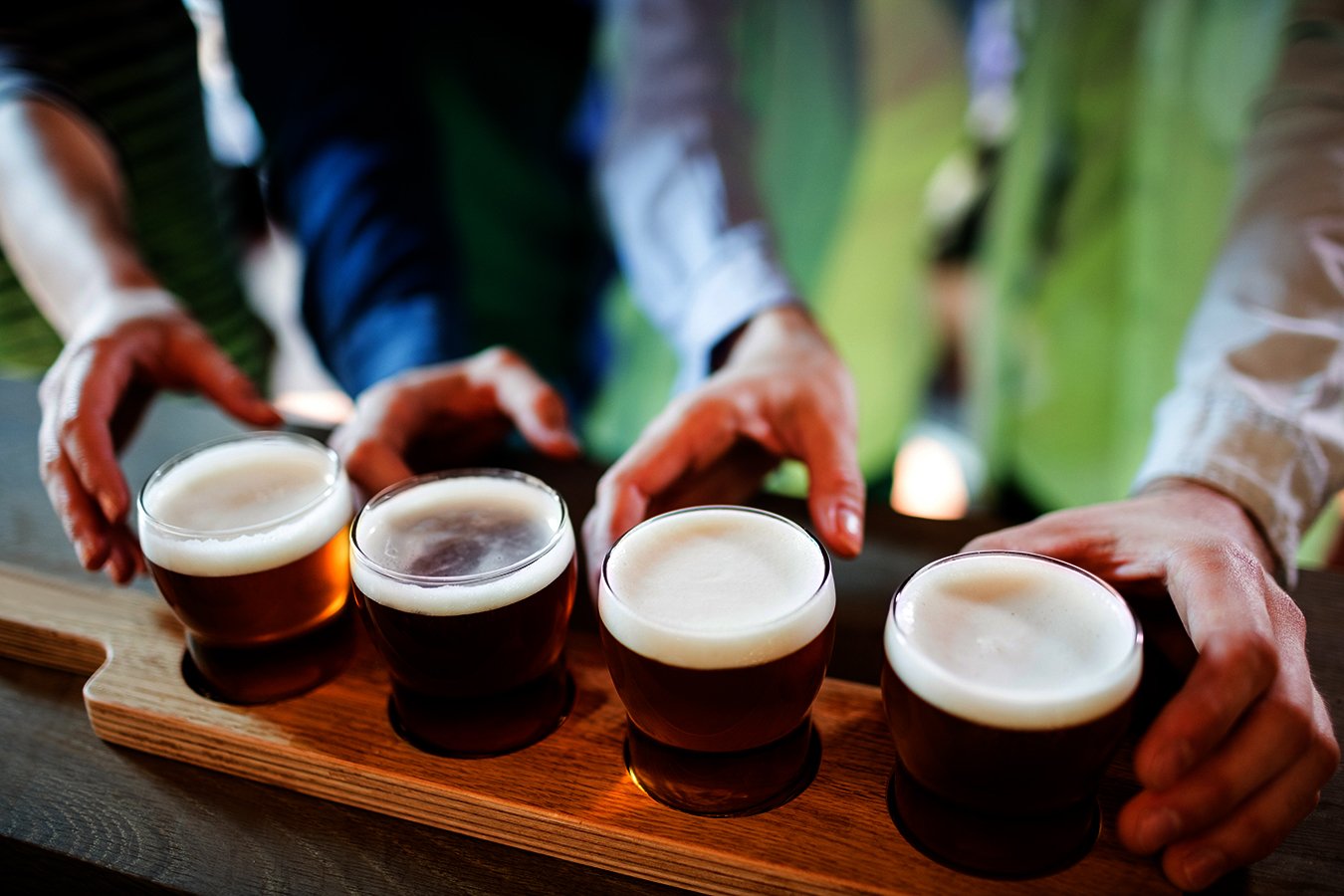 YS sat down with Bill Campbell, president and brewer at Brewmented in Longmont, CO. He’s a lowkey genius, tech alumnus, and beer lover who had moved from making sips for fun to sips to share. And he’s sharing in a big way. Brewmented, located at 900 S. Hover, Unit C, serves as both a nano brewery and brewer supply house for the crafty beer minded among us. We had a few beers and talked. Here’s what we found out.

YS: Hi. What are we doing here?
Bill Campbell: There are a couple of ways to look at what we’re doing. I like to look at this thing as a couple of different business models all combined into one. Our nanobrewery does very small, experimental batches. Small batch beer production, high quality, lots of experimental ingredients. We can brew beers in a quick succession, which a lot of bigger breweries simply can’t do. So we’re always running through different and unique beers. We’re a home brew store, so we like to be experimental and show people what you can do right here in store. We also have guest taps. Those are beers we just happen to like a lot.

YS: What was first, the brewery supplies or …?

BC: It all kinda came in at the same time. We were looking at starting a brewery and we looked around in the industry and – really – with the closures that we’ve seen lately, we wanted to do something unique that nobody else had. What appealed to us was the fact that I’ve been homebrewing for 40 years. I’ve been going to homebrew stores for that long; they’re neat environments, but none are set up like we are. We wanted to change what the market looks like. We opened this store with the intent of having the home brew store feed into the taproom and have the taproom feed back into the home brew store. They’re tied in, in that all of our beers are produced with our store ingredients.

YS: “I guarantee you can make beer happen, because we make beer happen.”
BC: Exactly. It’s kinda fun. We get two types of folks in here: folks that love home brews and want to make beers. But we also go to the market; the statistics say that 41% of craft beer drinkers want to make their own beers but haven’t, and that’s our target market. We have a big enough area so we can do competitions, we can do presentations, we have home brew club meetings inside here, classes (and they’re all free).

YS: Kristen (PR) mentioned the women’s only club. Tell me about that.

BC: Kitty, our GM, ran them. They’re really neat. The history is, if you look at the homebrew industry, only 10% of homebrewers are women. It’s really low percentage. We looked at it and said, how do you fix that? 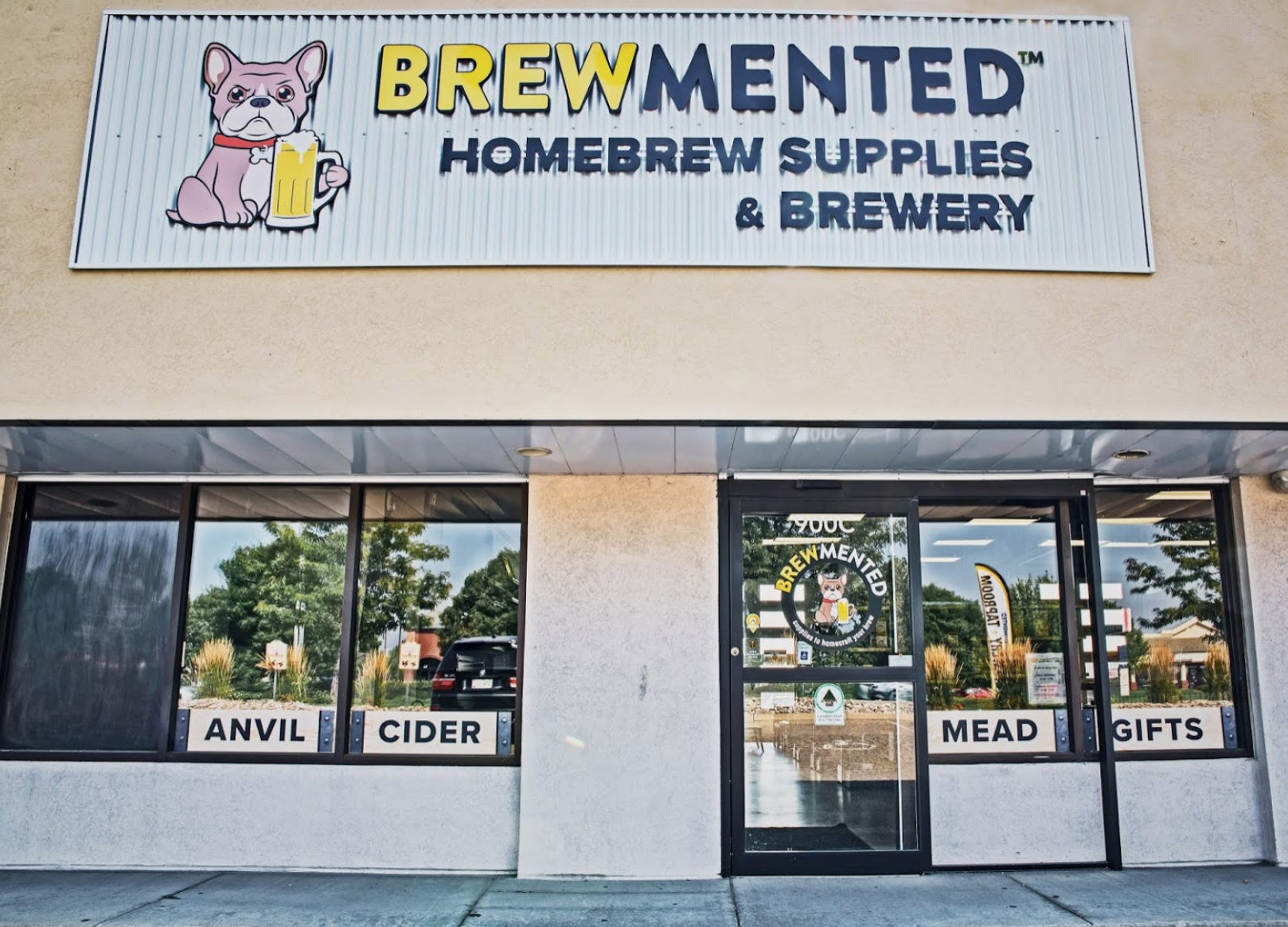 BC: And that’s a great point. They love beer. And 41% of craft drinkers want to brew, so there’s a disconnect. We need to start to look at why there aren’t many and I think the big thing is that they don’t hire women at the stores. Kitty would be the first person to say, “You want to bring women into homebrewing? Hire women.” Kitty was the first person we hired. She’s our GM. She helps run the entire storefront. Heather is our head of marketing. Kyle works in our taproom. That’s three major areas of our company that all have women. To get women inside the store, you have to attract women. They’re more comfortable coming in the store. More comfortable going to classes.

YS: It’s happening across the country, across many industries, right? These old boy networks, male only spaces, are finally being opened up to women…As they should be. We’ve historically denied access to half the country.

BC: Brewing was very much like that, too. I came out of the IT world, which used to be very dominated by males and it’s not [as much] anymore.

YS: It’s nice that your paying attention to the feminist twist; it’s not something you come across a lot when interviewing brewers and distillers. So…what got you into home brewing in the first place?

BC: I was living in Northern California, in Eureka. I had tried an Anchor Steam – it’s probably the first craft beer – and they’re from San Francisco. Someone was putting them in a van and driving them up and distributing them. It was about ‘76 and I had one in a bar and I just couldn’t believe it. It was so different from anything. I thought, “ok, how’d they make it?” I moved to Portland and I couldn’t find it there, so immediately said, “how can I recreate it?” So that’s how.

With attention to women, attention to millenials, attention to the consumer who doesn’t have a degree in fermentation sciences, Brewmented is a place for the everyday Jose, the average Jane, who want to have some fun and brew some beers. Stop in to Brewmented today to get started or check their website, brewmented.com, for classes and info. Happy Brewing.