Krampus: via the 13th Floor

It’s an ancient and terrifying holiday. Skip to a safer story if you’re squeamish or have an active imagination. This isn’t for you.

If you were under any illusion that Halloween ended in entirety, oh my goodness, you’d be wrong. In fact, the horror is still coming and Krampus may be even more terrifying than Halloween. Why would I say that? Easy. There’s some expectation of horror and humor in Halloween (and really, we’re all pretty used to it, right?), where Christmas is supposed to be the light at the end of the blood splattered tunnel (yes, celebrating genocide in the form of “thanksgiving” is still horrific and we count that as part). But – and this is important – you cannot escape the Krampus.

Krampus is a tradition, a mood, and a spirit not soon killed off; the “horned, anthropomorphic figure described as ‘half-goat, half-demon’, punishes children who have misbehaved”, unlike that jolly and love sparing gift giver, Saint Nicholas, who rewards the well-behaved with presents, is hoping you were bad. And the 13th Floor has brought it all to life for your nightmarish needs. If there is any group in Colorado suited to bringing this terror to life, it’s the folks over at 13th Floor. Their history and technical expertise in creating haunted houses and organizing the animatronics, the lights, the sounds and the scents to disorient your sense, and the staff – who have an otherworldly ability jump out at just the right moment to make you jump out of your skin – have done Denver dirty bringing this horror story to life in the form of Krampus: A Haunted Christmas 2.

You need to know, horror fans, that the first night of this fright fest is done. You missed it, but you haven’t missed out. There’s just one night to go, this upcoming Saturday, December 15th, from 6 to 11 pm. Tickets are available here, and we seriously suggest you buy some. Stat. Save the sappy for next week. This weekend we scream.

We completely understand that many people see Christmas at a time of happiness and cheer, smiles and love, candy and kisses, but we’re of the mind that being terrified out of our minds is a great way to balance the overwhelming sweetness of the season. I was able to go to Krampus with a few friends and we had an absolute blast. There were a few of those small groups who were even more scared than we were, flying by us in line on the way to the terminus point, because the effect of fear induced heart palpitations is to make the feet go a little faster. I have to admit that, while I tend to do pretty well in scary situations, I gave off more than one unconvincing nervous laugh as I walked away from one of these monstrous entities popping out threatening to drag me off to punishment. Seriously, it was such an excellent time, such an amazing way to jump start my Christmas, happy holidays, Kwanzaa, and Hanukkah season. To be fair, I’ve never been very good at Christmas. I’ve been accused of being a scrooge. It’s official, thanks to the 13th Floor. Krampus is officially my new favorite Christmas tradition. 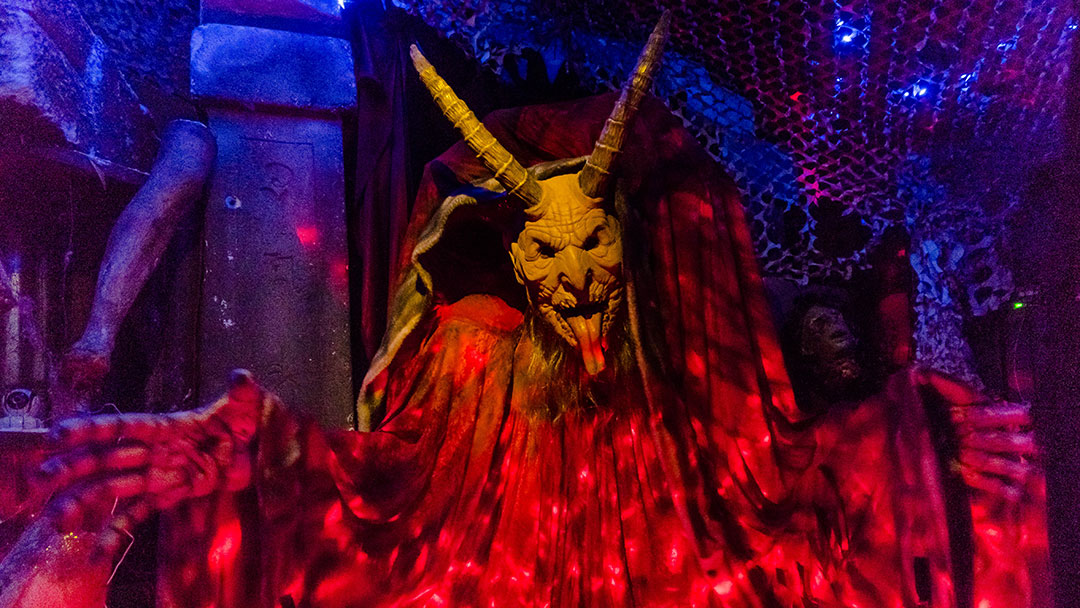 Courtesy of the 13th Floor 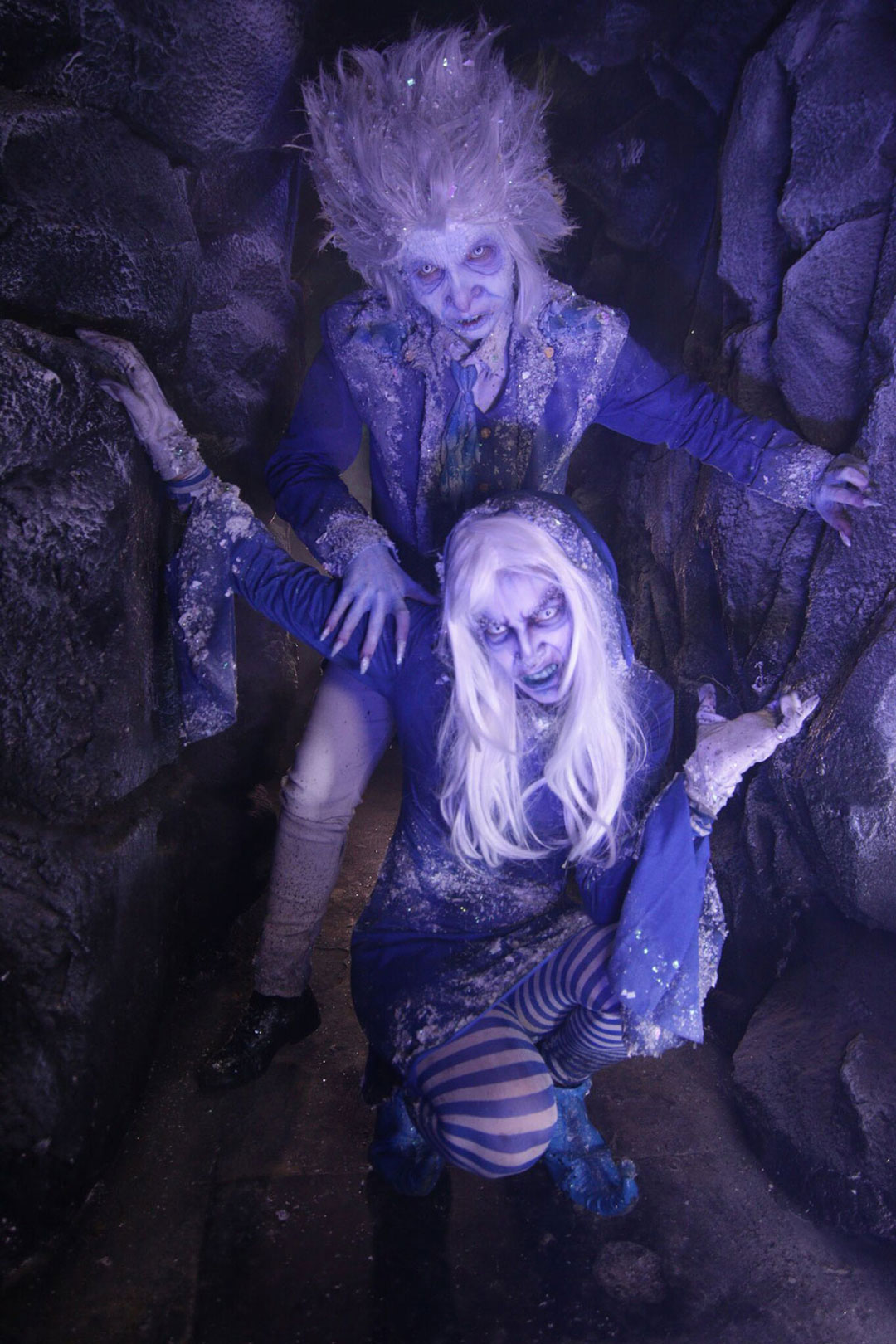 Courtesy of the 13th Floor

This is the second annual Krampus from the folks at 13th Floor: Jack Frost edition. Enjoy, be safe, and happy horrorday.

Watch the trailer here, unless you’re scared. We have at least one friend who watched it and decided not to go. hahahahaha. No, seriously.

If you’re not scared yet, enjoy this Krampus poem to the tune of ‘Twas the night before christmas, courtesy of the 13th Floor:

Twas the nightmare before Krampus,
Every creature was scheming to break into the house,
The dusty chimney boarded up with care,
In hopes that Krampus would not be there.

And then in a flash, I heard on the roof
I knew we were next, I had all the proof.
As I clutched for dear life, I turned around
Down the chimney Krampus came with a bound:

With claws like that, long, sharp and greased,
I knew in a moment it must be the dreaded Christmas beast.
More rapid than eagles his coursers they came,
He screamed for his victims, he called them by name:

“Now! Erin, now! Erica, now! Michael, and Jon,
Come Christopher, Come Warren, Nick and Ron;
Come little ones! Get in my sack!
For you’ve all been naughty and you’ll never come back!”

His teeth so sharp that glistened in the light,
And his horns were long and he towered in height;
A bundle of children was flung on his back,
He looked like a peddler just opening his pack:

His eyes – red as blood! his claws sharp and to the point,
His hooves were strong, precise and would never disappoint
His sharp mouth was drawn up like a bow,
And the chill in the air was as cold as the snow.