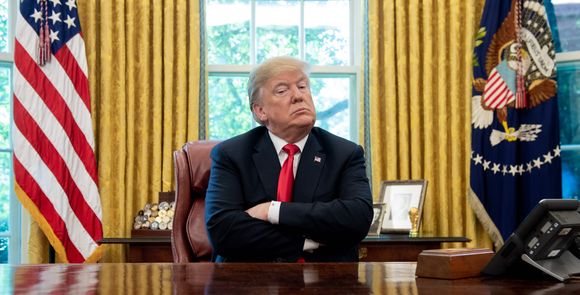 Today, Congress finally unveiled Articles of Impeachment against President Donald Trump. Finally. this process has a chance to become less about Trump and more about saving our Constitutional Republic from the irreparable harm it faces. Make no bones about it, our way of life is in great peril at this pivotal moment in history.

As I watched the historic news conference, I became hopeful that Congressional leadership would change the focus of this process from Trump to the Constitution. I became hopeful that we all could turn from the partisan rancor that is driving us toward the unthinkable and instead focus on the threat our Republic faces. Regardless of Party and ideology, it is to our great detriment if a President no longer needs to worry about Congressional oversight, Constitutional law, and requirement to acquiesce to Congressional authority.

The dangers we face now are many. We face turning the Presidency from the current perceived dictatorship to an actual one. Recently, this President has suggested that he is above the law and can do anything he likes. He basically challenged Congress to exercise their Constitutional duty to impeach; first by calling on foreign governments to investigate a political rival through both public, and certainly private, channels as a “favor”. Now while it may be contested that Trump’s behavior in those instances represents a “high crime and misdemeanor” I do believe it is impossible to argue that his actions during the investigation of those charges are an impeachable act.

By refusing to answer legal subpoenas and to allow subordinates to testify, Trump has certainly committed an obstruction of justice as defined — “the crime or act of willfully interfering with the process of justice and law especially by influencing, threatening, harming, or impeding a witness, potential witness, juror, or judicial or legal officer or by furnishing false information in or otherwise impeding an investigation or legal process.”I am not sure how that is refuted regardless of Party affiliation or if you agree with the impeachment inquiry to begin with.

I may not agree with a criminal investigation directed at me, but I certainly have no legal right to obstruct it. Imagine if John Gotti, or Robert Dear could just say, “I’m not going to comply with your kangaroo court” and prevented (or attempted to interfere with) any witness testifying? I think most legal minds would believe that when you are innocent of something there is no need to obstruct. In fact, the need to cooperate would make much more sense. Frankly, can anyone imagine a society where the accused, any accused, can just obstruct justice and impede an investigation? I can’t imagine this society tolerating such acts.

Yet, that is exactly what Trump and his cronies have done. With the complicity of Republicans in Congress and the faction of Americans who side with them, they have decided that no one has the right to investigate their actions and hold them accountable should their arrogance turn into criminality.

That is the dangerous road we are walking, and I fear that if Republicans don’t have a sudden surge of morality we will continue walking towards a cliff of no return. There is no turning back from legalizing corruption or, at the very least, preventing the Constitutional checks and balances from actually checking and balancing.

I’m just an average American, but this is how I see it.