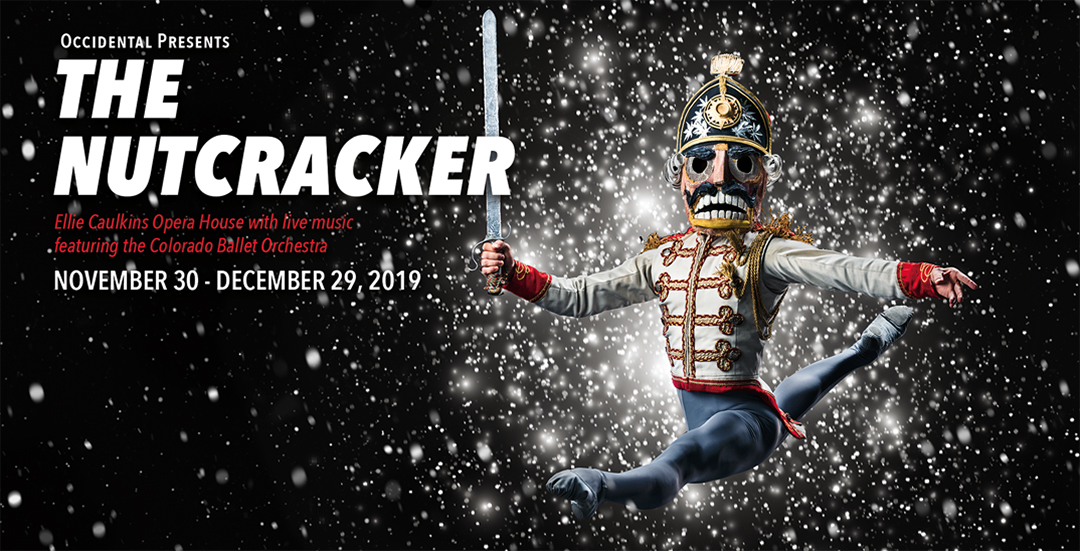 The time of Fall feasting has passed and December is upon us. You may now celebrate your chosen winter holiday with full enthusiasm. What more classical way to herald the magic of Santa season than by attending a live performance of The Nutcracker? Full of everyone’s favorite holiday traditions: partying, toasting, dancing, that one weird relative, gifting, fighting, candy, and a fantastic dream sequence (or was it real?), the ballet is set to Tchaikovsky’s beloved suite, by far the best holiday music. Over a century later, we’re still not tired of it.

The Colorado Ballet opened their 59th annual Nutcracker production on November 30, running through December 29 at the Ellie Caulkins Opera House. The production has been a staple of the Colorado Ballet since its beginning, and has evolved over the years as the company has grown from small theaters into the company’s current home in the gorgeous Ellie Caulkins Opera House.

I attended the evening showing on December 1 with my 8-year-old daughter. She joyfully joined the ranks of the many who can say that The Nutcracker was their very first ballet. As the curtain rose, along with the musical score, played by the Colorado Ballet Orchestra, conducted by Adam Flatt, my young companion and I slipped into the magical realm of sweets. As we both became absorbed in the story, it slowly dawned on me that, though I have watched numerous Nutcracker productions on television, sometimes badly dancing along, this was my first live viewing. As always with live performance, the depth and quality of the experience is enhanced by being submerged in the same space as the performers, breathing the same air, exchanging our appreciation for their offering. 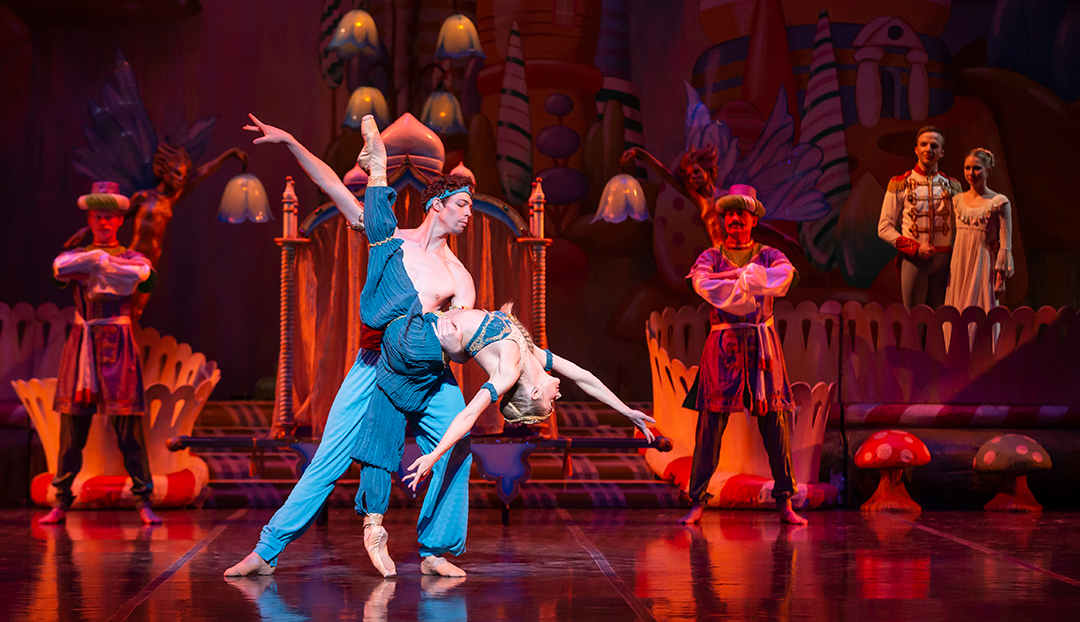 Everyone has their favorite Nutcracker dance sequence. Invariably, I get excited about the Arabian Coffee dance. I’m always hoping to see it performed with a slinky sensuality that matches the music. And maybe sometimes when I’m arabesque-ing around my living room, I try to emulate that sinuous style. Chandra Kuykendall and Christopher Moulton performed the Arabian dance with perky precision, like a perfect morning cup, hitting each lift and spin with clean efficiency. My daughter loved all of the internationally flavored dances of Act II, but was most tickled by the antics of Mother Ginger. The large puppet contraption, manned by Alejandro Perez, comically cavorted through a series of moves which all elementary aged kids will recognize, such as Orange Justice, the Dab, and the Sprinkler.

I tried to keep the bouncing enthusiasm of my child in check, but when the entire audience became rowdy, whistling and yowling for Sugarplum Fairy, Dana Benton, and Cavalier, Yosvani Ramos, she gleefully let loose. I’d previously attempted to lecture her on how one behaves at the ballet, but, apparently, woo-hoo-ing is acceptable Nutcracker decorum. They were marvelous and absolutely deserved the positive feedback. Yellow Scene editor, De La Vaca, attended a student performance a few days later and personally attests to the glorious irreverence of children engaging this fantastic production, an overwhelmingly gleeful enthusiasm often lost in adult only audiences.

What we could not see clearly from the audience, we learned later in a press event held by company director Gil Boggs, is how the beautiful sets and costumes are falling apart. Clara’s nightgown is shredded and torn. The great Mother Ginger puppet is taped together. The Rats must wear goggles to keep costume debris from blinding them inside of the costume helmets. The Nutcracker doll’s head is glued on. Once, during a performance, the Nutcracker’s head popped off, and its arm broke off, sliding into the orchestra pit. And the smell of the Prince’s tunic, we are told, could probably lift the Sugarplum Fairy all on its own. 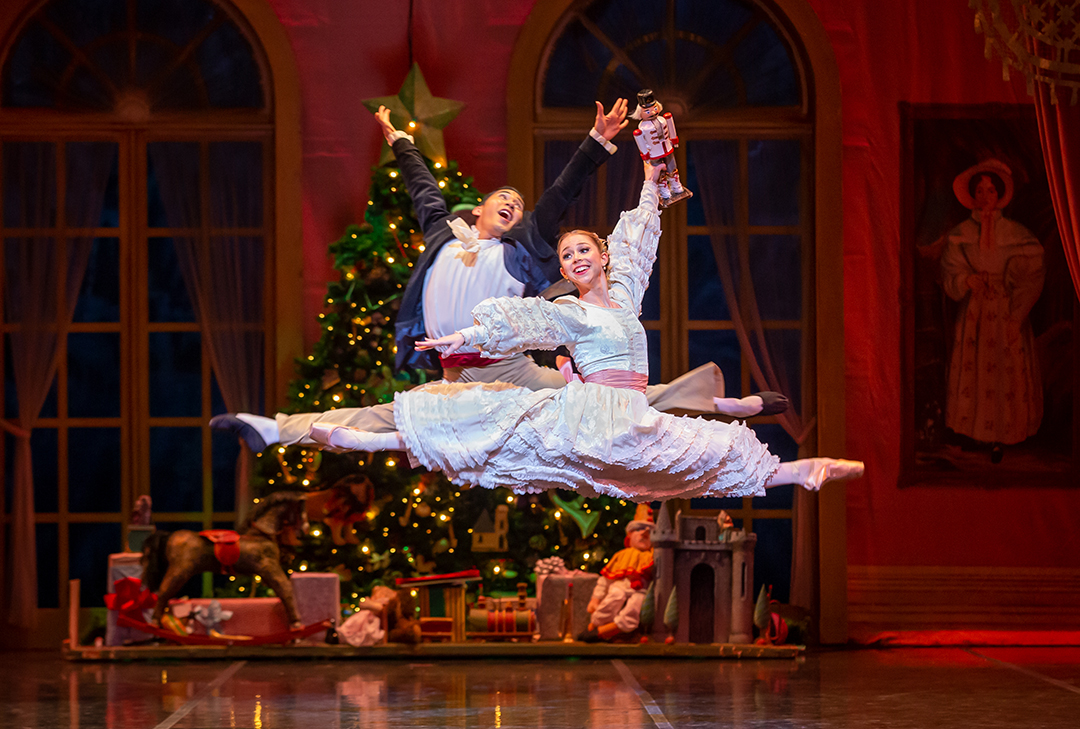 The costumes were created thirty years ago for the San Francisco Ballet, and purchased second-hand by the Colorado Ballet fifteen years ago. They have been worn since then for 28 performances per year. That’s quite a lot of wear, tear, and sweat buildup. The costumes and sets require more and more repair work after every performance, and after each year, and are ready to be retired. This will be the final season for the current set and costumes.

The company has launched #GOFUNDTHEMAGIC, a crowdsourcing campaign to help fund new sets and costumes, so Colorado Ballet’s The Nutcracker may continue to delight audiences for years to come. Managing Director of Advancement, Adam Sexton, says that $1 million of the $2.5 million price tag has already been covered by company reserves and early donor gifts. The steep price includes costumes that will be handmade in the USA, and a warehouse to store the costumes and sets. One of the five costume companies they will be employing is here in Denver. Boggs says that he has already found two designers, and that he plans to keep the look and feel of the production traditional. He says this will be your grandmother’s Nutcracker.

The crowdfunding campaign offers the community a chance to invest in a Colorado holiday tradition. Sexton reminds us, “This is Colorado’s Nutcracker. This is Denver’s Nutcracker. We wanted everyone to have a stake in this. The $100,000 [GoFundMe] goal is only 1/25th of our overall campaign goal, but we feel it’s really important to get buy-in from our entire community in building this.”

Indeed, the Colorado Ballet’s Nutcracker is a holiday institution for the whole community. Those who donate to the campaign can consider themselves part of the magic.

All images courtest of the Colorado Ballet. 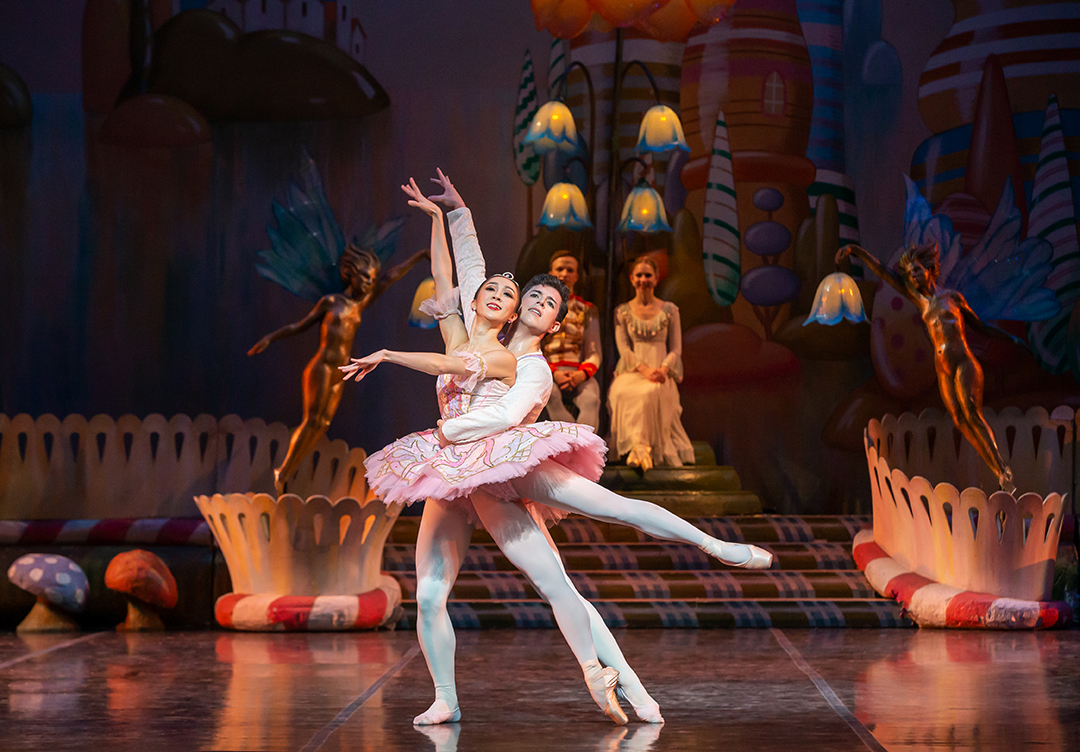 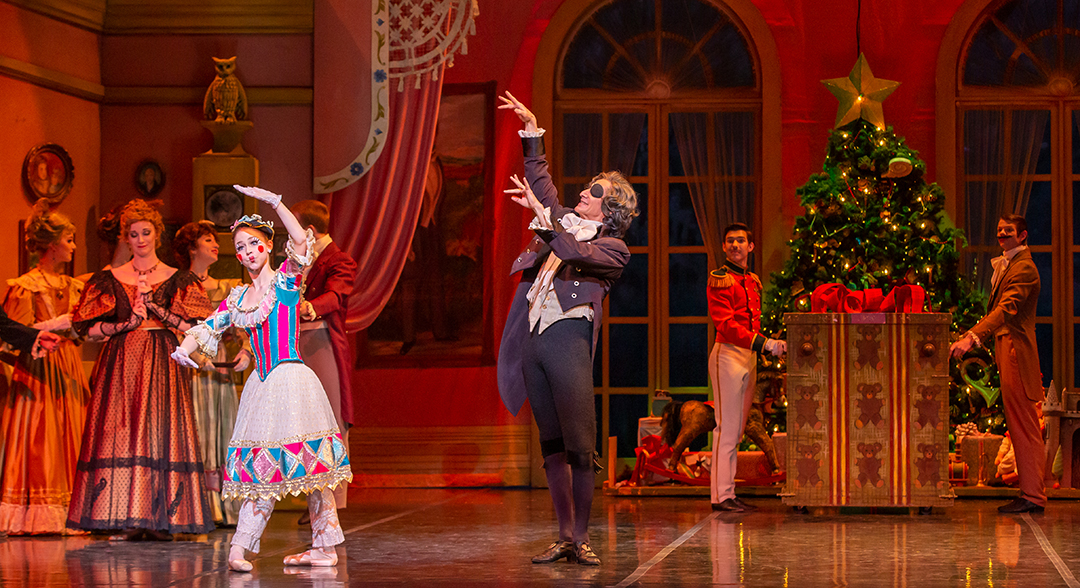 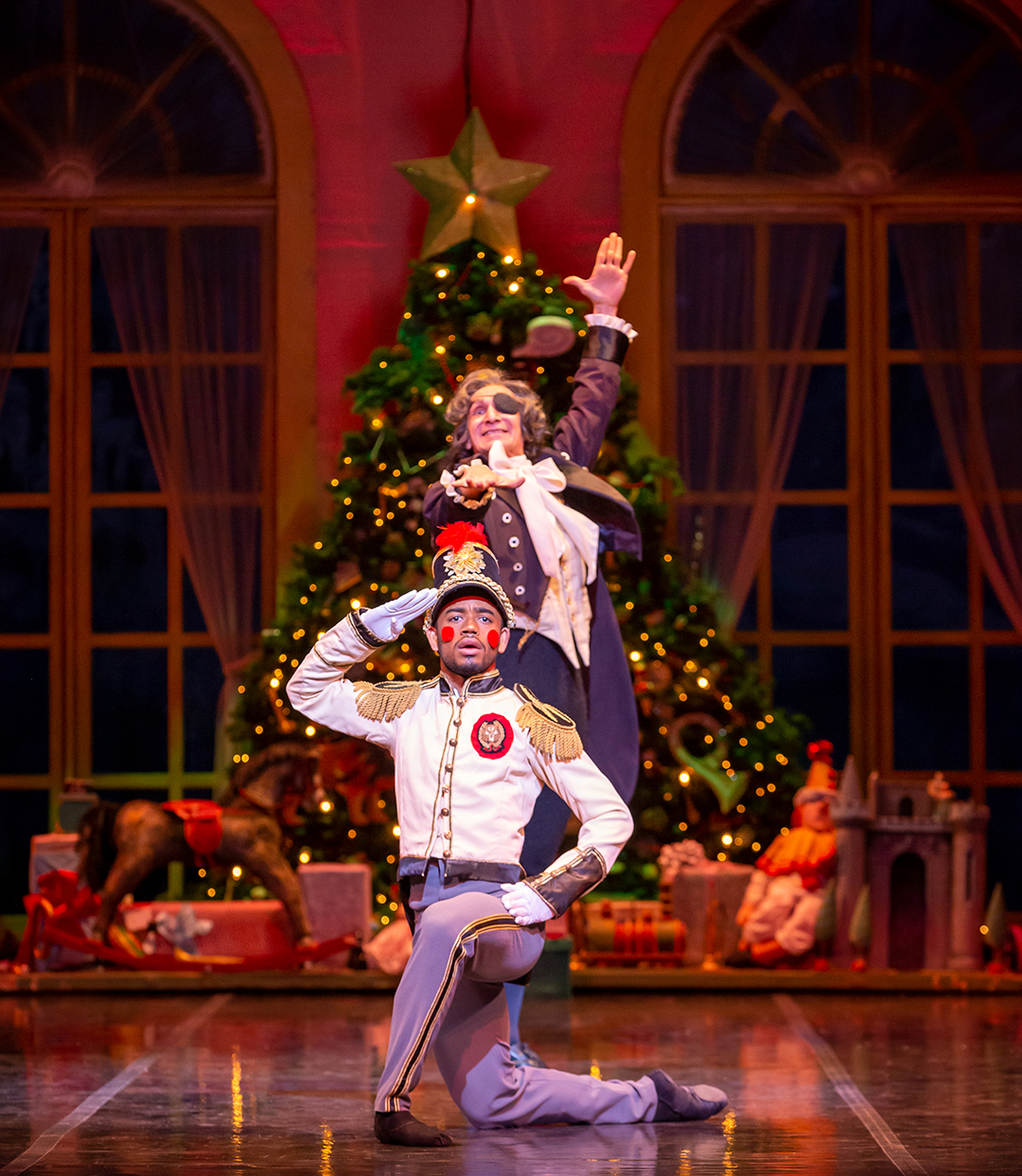 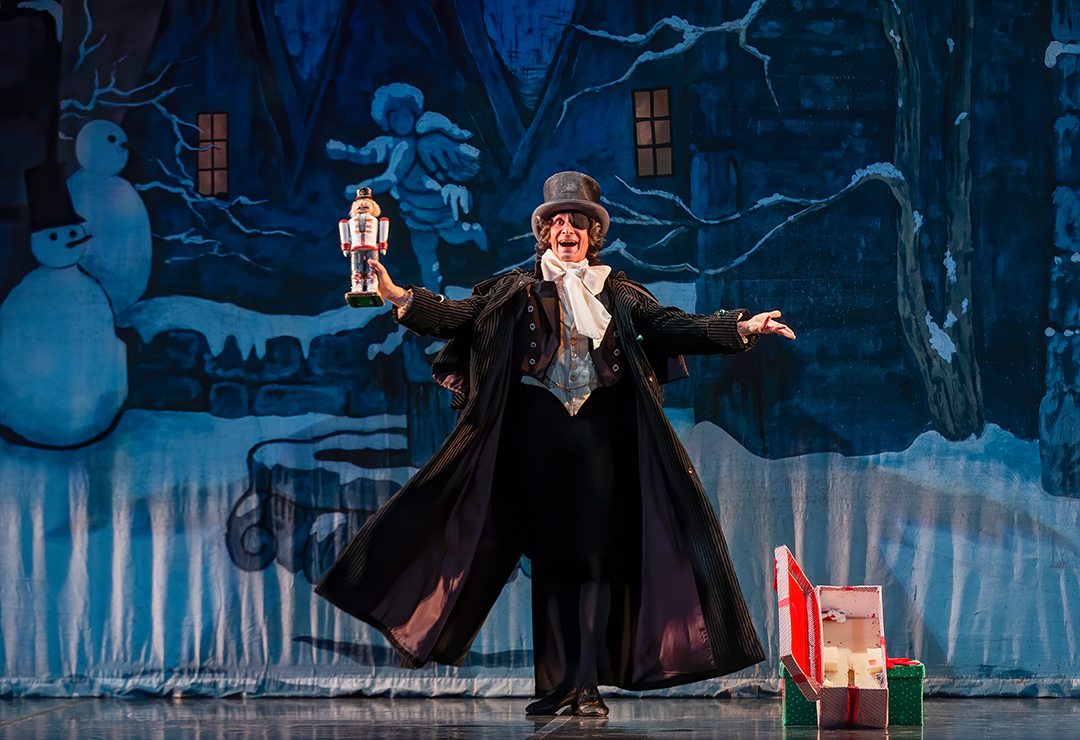 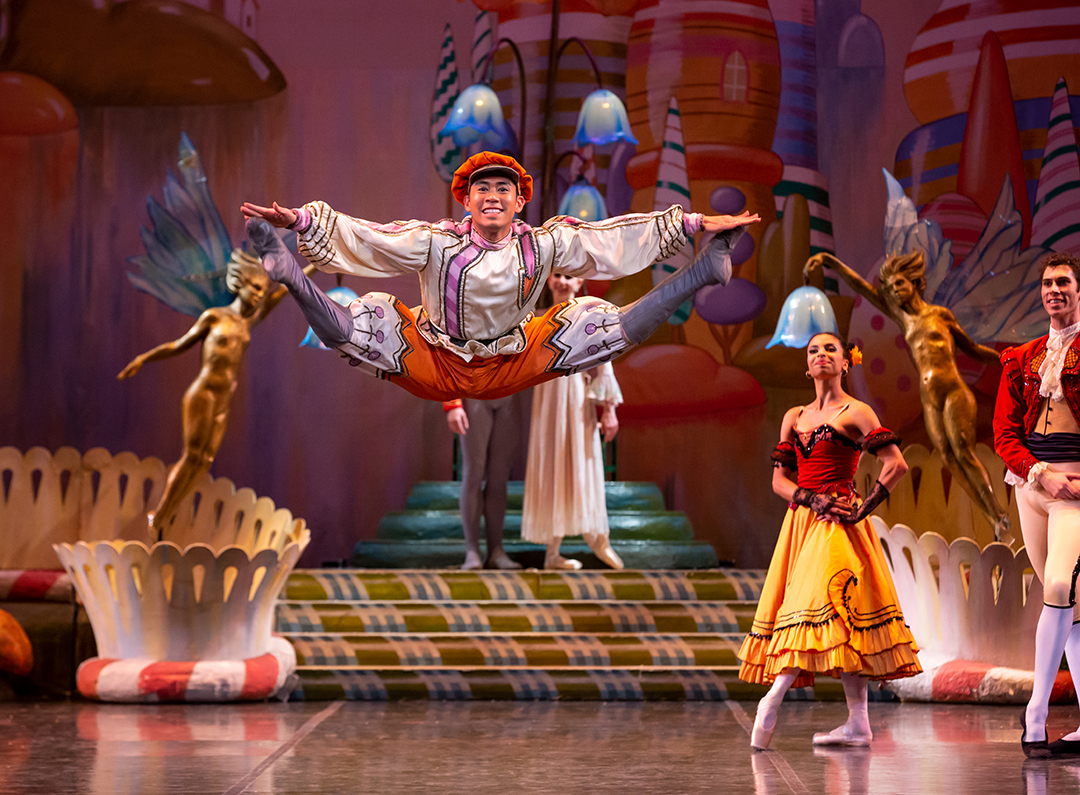 Sean Omandam and Artists of Colorado Ballet by Mike Watson 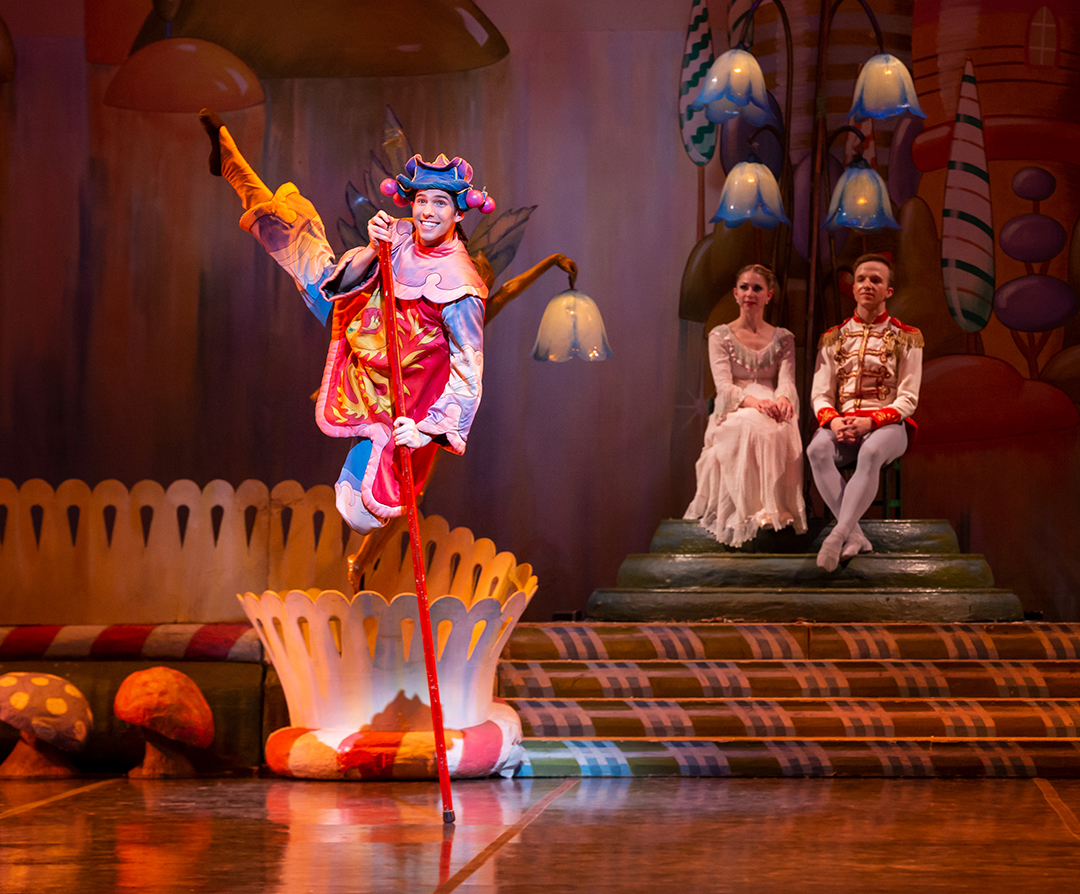 Tyler Rhoads and Artists of Colorado Ballet by Mike Watson