Avanti Food & Beverage just recently made the jump from Denver to Boulder to open the doors to their second location. This curious eatery is contrived of multiple restaurant concepts placed throughout a modern building. I know, we get it, we normally just focus on one chef at a time for our Off Menu interviews, but this is special. First, I’m the new cuisine writer so I want to make a splash. Second, this food court has a bunch of chefs and we couldn’t leave anyone out. So…Dive into the hearts and minds of the six culinary treasures that are making Avanti Boulder what it is today. These chefs are the real deal. 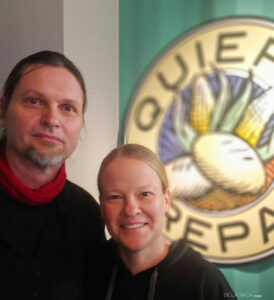 Igor Panasewicz was born in Maracaibo, Venezuela, and was raised in Caracas where he picked up a love for everything culinary. He met his wife, Beckie, after moving to the mile high state. After meeting the love of his life, Panasewicz began making arepas and packing them in work lunches just for her. Before they knew it Beckie’s co workers were raving over the culinary creations. The couple poured themselves into their first food truck here in Denver. Nine years later the couple’s Quiero Arepas restaurant can be found In both of the Avanti locations. “We are trying to share Igor’s experience as a child with Colorado. There were no arepas in Denver, so we brought them here, and they’ve really taken off, it’s been really amazing.” In fact, the couple’s arepas are so amazing that they hit Expedia’s Top 10 Food Truck List of the world back in 2010. Be sure to get a taste of Venezuela at Quiero Arepas. 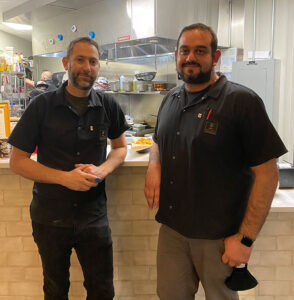 Colorado native Jerrod Rosen has spent his life in Boulder perfecting his culinary craft. Rosen left his home town to study at NYC’s prestigious French culinary institute, which led to him obtaining a degree in culinary arts and restaurant management. After multiple feats in NYC the Colorado culinary master began to miss home and made his way back to good ol’ Co. Upon his return he was made the general manager of Colt & Gray restaurant, which was later voted Denver’s best new restaurant by 5280 Magazine. 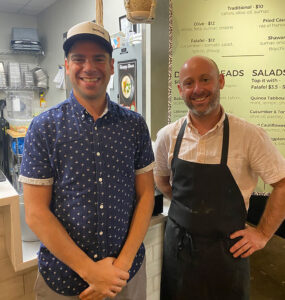 Chase Devitt and Charles Troup met years ago while attending summer camp in Wisconsin. The young boys found out that they were actually neighbors back home. Fast forward to 2001 and Devitt found himself in the mile high state to attend CU. Devitt began his culinary adventure at The Dark Horse in South Boulder and worked there through college. Upon graduating he realized that cooking was his true passion. After years of restaurant hopping Devitt teamed up with Troup to turn Boychik into what it is today. “Charles had been looking to get his foot in the door, so I jumped on board to help get his first concept going. He is really good at the front of the house.”

Troup had already had an eye opening experience while traveling across Israel, visiting different markets and trying all the food he could get his hands on. “I remember being like, ‘wow we really need this back home.’” Troup returned to Colorado with his eyes set on Colorado’s food hall scene. “I always know the food is going to be great when Chase is cooking. That way I can come out to the front and greet our customers. It’s pretty great.”

“For me food is like an escape. When I eat my dinner at the end of the night, I get to step away. For me food is a zen and I hope that people find our food as their zen too.” 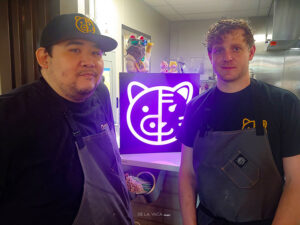 Chang is the first among his family to be born in the United States. “My mom really stressed on keeping us rooted to our heritage through food. She made sure my siblings and I learned all the family recipes so that they could be passed down.” Chang has an impressive culinary background, he worked under Carrie Baird at Brazen and Kevin Grossi at The Regional.

Colorado native Travis Masar met his Taiwanese partner-in-crime in Los Angeles. After the initial introduction the pair grew close and began to work on their first restaurant concept together. Masar has a vast culinary background going back about twenty years, a decade of which he has devoted specifically to Asian cuisine. The culinary adventurer grew up hunting game, working in a butcher shop and eventually traveling the world; Thailand, Vietnam, Taiwan, Czech Republic, the list goes on.  “Being of fair descent [he means white], I am not trying to take over cuisine that has been there for thousands of generations,” he’s clear to point out. Masar sticks to the roots of the food and wishes to do nothing more.

These days the pair run Pig and Tiger together in the Avanti building, working together to bring authentic food from their hearts to your plate. 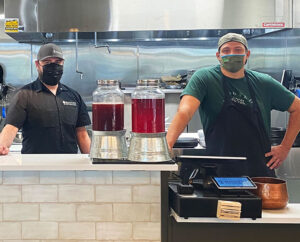 Nicholas Kayser is a Cincinnati native that was raised in Denver, Colorado. After earning his bachelor’s degree at the International Culinary school in the Art Institute of Colorado he began apprenticing under Master Chef Bryan Nagao, of Mai Restaurant. Kayser worked with Denver’s culinary masters including Tyler Wiard, Frank Bonanno, Blair Taylor, and Goose Sorensen. “I then headed to New York back in 2005. I was there for about ten years. I worked with a multitude of restaurants, fine dining, and then I moved onto hotels. I linked up with Richard Sadoval and I ended up going out to Vegas to open a hotel out there.” From there Kayser set his culinary sights overseas; destination, Hong Kong. After years as a commercial chef, Kayser decided to return to Colorado to spend time with his family.

The world traveling chef returned to Colorado and brought the world’s flavor along with him. “A lot of the food here is inspired by my global travels.” You see his Hongkong influence in items like his Rooted Wagyu Burger.

These days Nicholas is running Rooted Craft Kitchen in the Avanti Boulder location. Though his menu is in halves between his Market Menu and Craft menu, Kayser is also cooking to raise awareness. “A year ago I started the Zero Proof Dinner Series here to raise awareness for mental health and suicide prevention.” He has created a series of healthy alcohol free beverages for people looking to stay on the sober side of things. 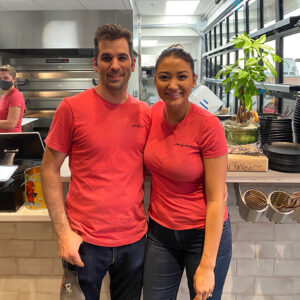 Hailing from the Big Apple, Steven Redzikowski is the owner and chef at New Yorkese on Avanti’s roof. Redzikowski has quite the extensive cuisine background, after graduating from culinary school he began working in New York’s Le Cirque and Jean-Georges. He honed his craft towards Italian cooking while working here in Colorado at Frasca Food & Wine in Boulder.

While working at the hit restaurant Redzikowski met his future business partner Bryan Dayton. The pair connected in 2010 and opened Oak at Fourteenth, then again in 2013 to open the doors to their second restaurant concept, Acorn. In 2015 the dynamic duo joined forces once again to open their third restaurant, Brider.

2020 brought Redzikowski back to his culinary roots flipping pizzas back in New York. He opened his latest venture in the Avanti Boulder location on their rooftop bar. Trust us: the views are amazing and the pie’s good, too.