Racist Parents Harassed 8yo’s at a Football Game: This Ex-Gang Member Was The Only Safe Adult

Editor’s note: This article is a contribution by our editorial intern staff, Kate Lieberman and Ashley Kay Mauer, with support, direction, editing, and writing by YS Editor De La Vaca.

Those are one man’s words of wisdom that double as a plea to a local Denver suburb after bearing witness to adults verbally harassing second graders with racial epithets, which lead to a brawl that ended in police action. It may sound initially like a generic phrase of good will, but Isaac’s journey to settling on this appeal was not a simple one, and his sincere belief in it cannot be captured in words at all. He had originally spoken out on condition of anonymity, out of respect for the organization he works for, but it didn’t sit well with him to remain anonymous about a change he feels is necessary to improve his community and the lives of the people in it.

Before we tell you that story, let’s talk about Isaac. His story is important.

Isaac was born into the gang life. He knew there were other options, but his older brother was his role model and influenced him to chase things he could get easily through a life of crime; money, cars, clothes, jewelry, women, and, most importantly, respect. That was the introduction to a life in the streets, and that wouldn’t change until decades later.

The gang life makes a lot of promises, but statistics show that the sense of safety and family, and the ownership of physical goods, tend to be an illusion. The Combined Forces Special Enforcement Unit of British Columbia did some research about gangs to help educate people and steer them onto a better path. “You’ll either be arrested, injured or killed and your cars, property, drugs, and money will all be taken away by other gang members or seized by the police when you’re caught. Most gang members don’t ‘own’ anything. They rent where they live and drive leased vehicles in the names of girlfriends or other family members because no bank or leasing company will do business with them,” their website says. The idea behind sharing this information with youths who are considering joining a gang is that it spoils the shiny, perfect world appeal that it can hold for them and encourages them to see that it is not actually a productive path to go down. The average life expectancy for a gang member is twenty years and five months, leaving Isaac one of the lucky ones to have survived.

In 2013, after a total of nineteen years spent in prison, Isaac decided he was tired of doing time and tired of people telling him what to do – not just gang leaders, but prison deputies who control your every second of existence on the inside. He saw the problem in his life and he decided to do something about it. He devoted himself to God and started going to church, as his late mother would have wanted, and realized that he, “means more to the world doing positives than negatives.” This was a monumental change for Isaac who used to tell his mother there was no god and who admits that he had no prior belief in god. Isaac’s director and case manager was, and still is, his mentor. He helped show him that, “there is more to life than being in the community hurting people and doing f*cked up sh*t,” after God started to open up his eyes. 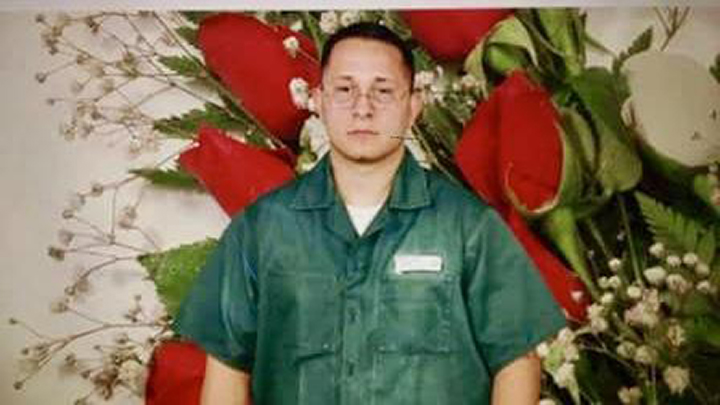 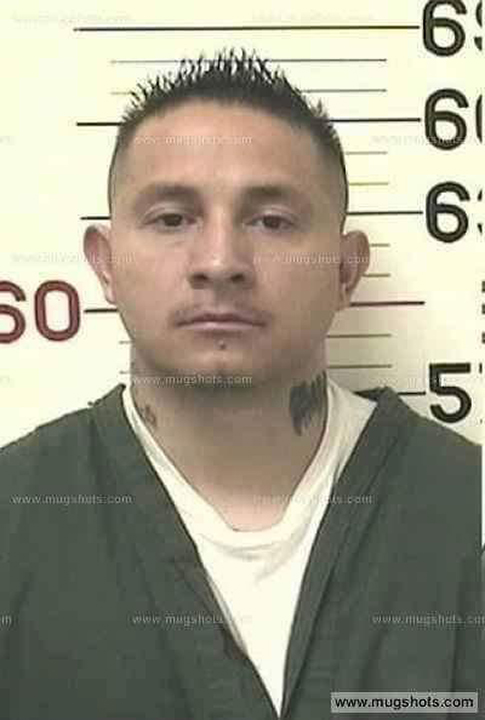 There was no magic switch flipped; just because Isaac decided to change his ways didn’t mean he was free of his past. He was on parole and during that time was labeled an STG, or Security Threat Group, meaning law enforcement considered him a terrorist in the community. Just because it wasn’t quick or easy didn’t mean it wasn’t worthwhile and Isaac not only endured, but wanted to have a positive impact on his community even as he was still untangling himself from his former ways.

As a part of giving back to his community, Isaac has been coaching football for eight years. When he first started coaching, he was mainly working with children who came from difficult backgrounds and/or were on probation or parole through organizations like the My Brother’s Keeper Alliance. MBK is a program initiated by Barack Obama in 2014 with the goal of helping young people, specifically young, black men and boys, realize their full potential by shrinking opportunity gaps. It was important to Isaac to give back to these children and give them an opportunity to, “show that they mean more than to be looked at as criminals.” 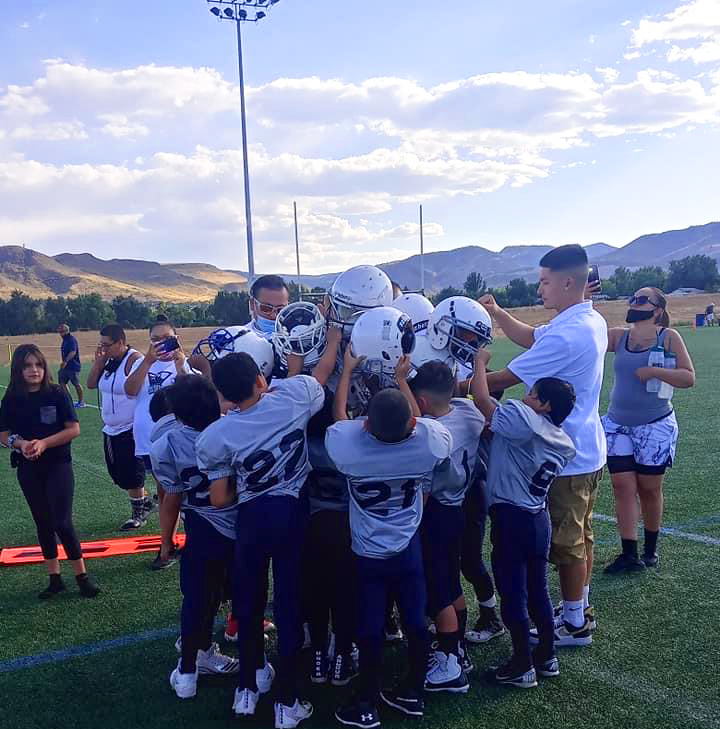 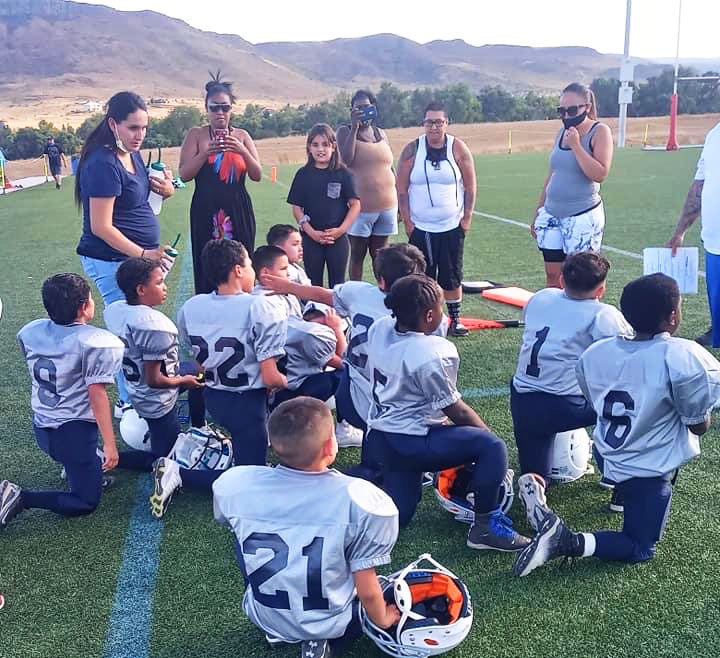 Having successfully gotten himself out of the gang life wasn’t enough; he wanted to help keep the next generation out as well and create better futures for children like him. Football was an opportunity and an outlet for these children that they might not have had access to without programs like MBK. Being a coach also meant Isaac could be a role model to help prevent them from making the mistakes he made.

Isaac stuck to his goals. He has now been in the community for seven years and off parole for six. “If I were to be put in a pair of handcuffs right now I may cry to be honest with you,” Isaac said at the prospect of returning to his former life. Life, however, wasn’t done giving Isaac challenges to overcome, and one came while he was in his position as coach this past year.

During the last game of the season this past October, his South Denver Inner City team – in the JYFA league – played against a white team. The white parents of this team were vicious in showing their distaste for the children of color on the opposing team and verbally harassed them, using violent and racist language – including calling an 8 year old girl a “nigg*r” and a boy a “spic” and “wetback.” The parents are grown adults. The children playing are in elementary school.

Isaac heard these parents making derogatory comments about his quarterback, a Mexican boy, and later they told him to get another child off the field by referring to the little black girl as an n-word. Isaac informed the offending parents that such language was unnecessary and inappropriate. The husband then threatened Isaac, who admits that, “if it was the old me I would have snapped.” But it wasn’t the old Isaac.

What stopped Isaac from snapping was his growth over that last decade and knowing that there were many eyes on him from the community. He had to “stay humble” and set a good example for the second graders on both his team and the opposing one. He represented more than just himself and he had come too far to let a few hurtful words undermine what he had worked so hard for.

The game officials, also people of color, ejected the offensive parents and told them they needed to leave the premises. The white parents lashed back, refusing to go, and it escalated into a brawl requiring police involvement. Let’s be clear: fighting broke out, at a children’s football game and police intervention was necessary all because of racial violence directed towards children by well heeled white parents who couldn’t hide their racism.

Isaac’s reformation was tested, and he passed, but that wasn’t any comfort to him. This incident served only as a reminder of the inequality in the world and proof that there was still work for him to do.

“If you would live that life and know what the life is really about, you wouldn’t say anything,” Isaac said. His advice to young people of color is, “We need to be proud in our heritage, who we are and what we stand for. Name calling is always going to be there, … [but] you’re going to be alright.”

His plea to everyone: “Let’s be mindful, be mindful of how you are treating others [of] whatever race. It doesn’t necessarily have to be a race of color…. Be mindful and don’t say those racist words… Words stick with people mentally and it f*cks you up more than the physical does.”

If everyone were mindful of their words and actions, more people would be able to grow and prosper because a mindful person wouldn’t do anything to intentionally hurt someone. By being mindful, communities can start to erase lines that divide them and create a more cohesive world, the kind of world Isaac decided was worthwhile enough to turn his whole life around for, the kind of life these white parents should also be working to build. By being mindful, an ex-gangbanger with serious time under his belt wouldn’t have to be the only safe adult on the field.