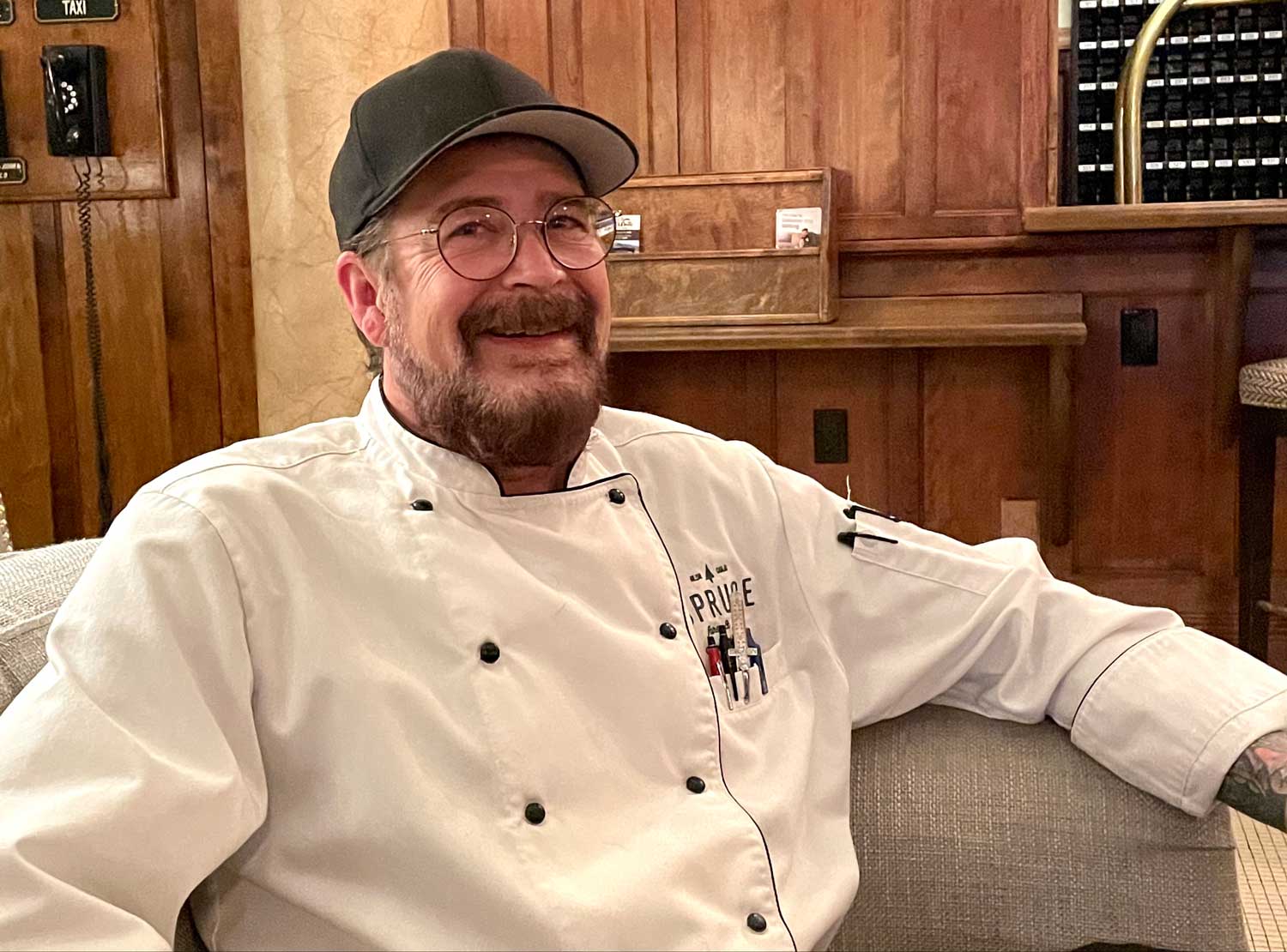 Mike Thom is a 59 year old chef hailing from Buffalo, New York. He grew up in Syracuse and lived there for 26 years. When we talked, Mike reminisced on his first time cooking in a real life kitchen.

“My grandmother was 100 percent Polish and her whole deal was that she cooked all the time,” said Thom. “She didn’t have a driver’s license, she didn’t go out, she didn’t really work. My experience was going to Buffalo and getting to cook with my grandmother. We made things like pierogies, cheesecakes, cookies. My favorite thing to cook and eat growing up were pierogies. They were farmer’s cheese in a doe dumpling. You boil them to cook them and then fry them in butter until they are crispy. They were usually served with sour cream and melted butter.”

Mike’s grandfather was a culinary enthusiast himself. “My grandfather loved to go out to restaurants. He knew all the restaurant owners, and they would let me go back into the kitchens as a kid. I thought it was the coolest thing. I thought about how much I would love to work in a kitchen one day and how I wanted to cook for a hundred people if I could. The kitchen felt like magic to me. You go in, everyone’s hustle and bustle, and then you watch all this food come out of a small window. It all happens so fast, how does that happen?”

As a teenager Mike was an aspiring artist. “I wanted to be an illustrator and do airbrush art. As a teen I airbrushed people’s cars and so I knew creative arts was something I wanted to do.”

He began to work in restaurants as an older teenager, slowly working his way up the culinary ladder. “My dad wasn’t able to pay for my college so I had to work to pay for it.” It didn’t take long for Mike to begin to crave a creative outlet again. “Cooking really became my outlet, I began to try to find ways to put painting on plates. If I was at home, I would make a plate that was what I deemed aesthetically pleasing.”

Mike became a sous-chef right out of high school and by the time he was 19 he was the executive chef at a fine dining Italian restaurant. But, as genius is wont, he began to look at bigger and better things. He worked at seven different restaurants as executive chef. 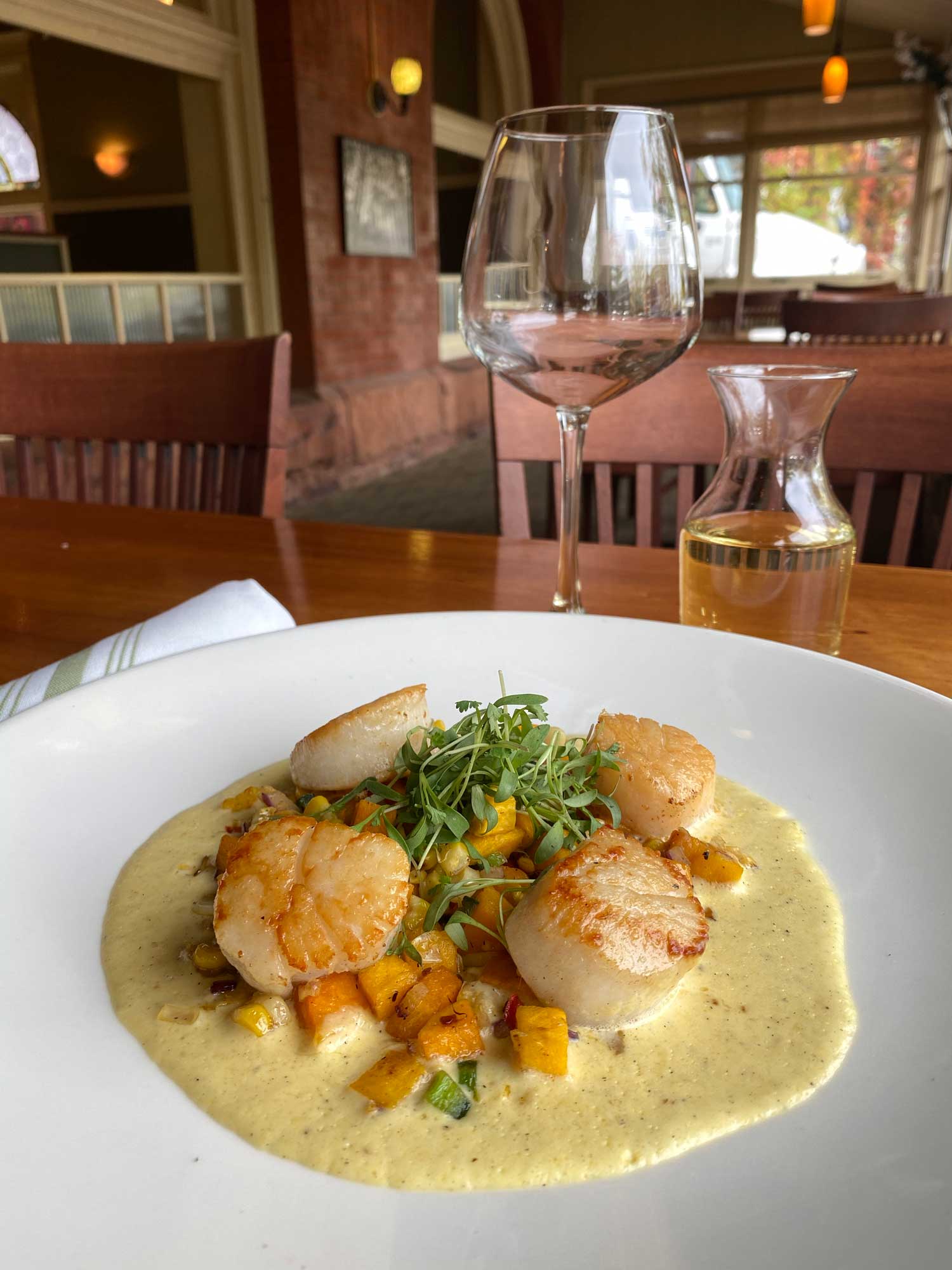 “I worked in a country club and within a year of working there I had already created a menu for them. Then it just kept going to higher volume places. It felt like every year I was going to a new place with a new cuisine. Whether it was a steak place, or a fine dining seafood house, and stuff like that. As soon as I got to the point where I wrote a restaurant a new menu, I wanted to move on and try a new cuisine.”

Later, he moved onto working with the CraftWorks restaurant franchise as a corporate chef. For those of you who don’t know, CraftWorks owns restaurants like Old Chicago, Rock Bottom Brewery, Gordon Beirche, and Chophouse. He wrote Old Chicago’s menu and began to develop the other restaurants’ brands. He worked with the company for 29 years and eventually ended his career there as senior director of culinary.

These days Mike is the head chef at The Corner Bar and Spruce Farm & Fish in the Boulderado Hotel, a classic and majestic local locale, with incredibly high regard. He also worked with Trattoria de Boulderado. Additionally, he has two ghost kitchens serving pizza and wings. Mike displays true Libra energy, balancing his workload scale with total ease.