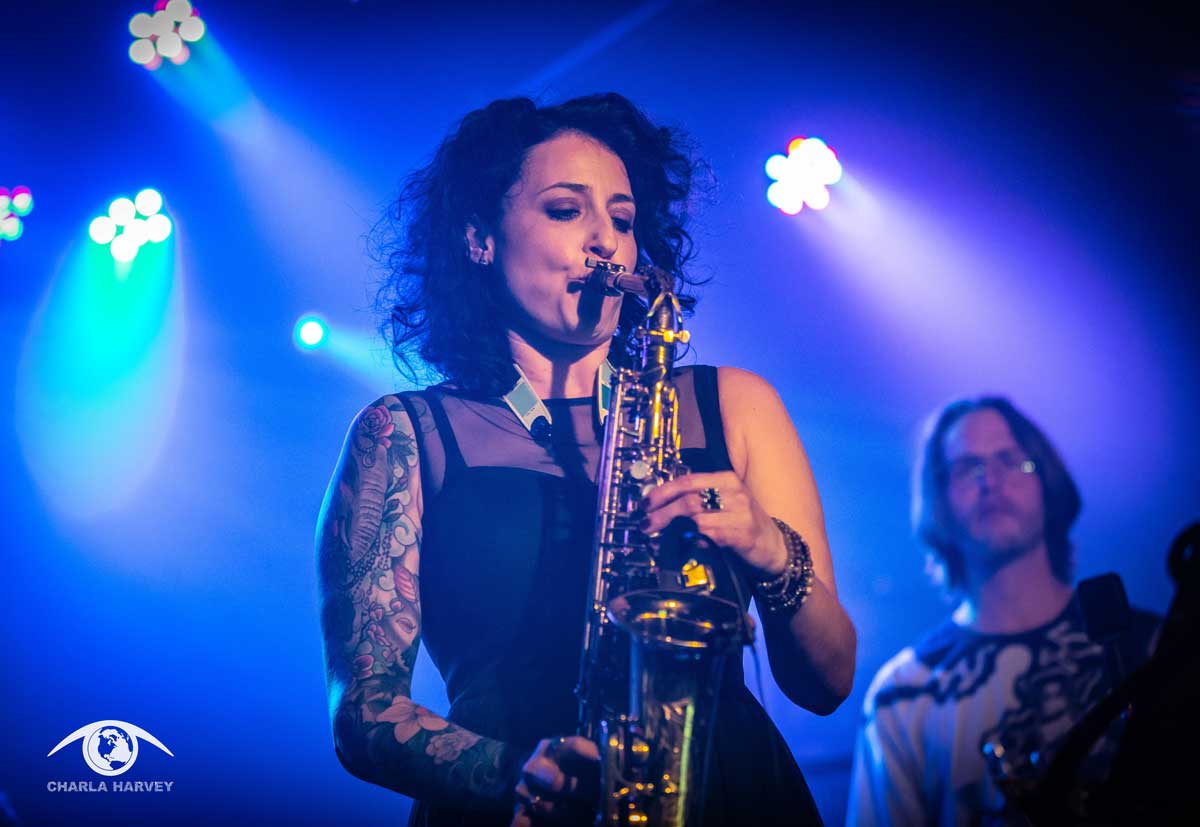 The Sarah Mount origin story could be ripped straight from the pages of a silver-age DC comic book. It all starts with her being in a horrific accident where, as a pedestrian, she was struck and nearly killed by a truck in Aspen. Like so many heroes, Sarah turned that tragedy into triumph by rediscovering her passion for art and music, strapping on her saxophone, and becoming one of the busiest horn players in Colorado — while also building a career as an artist and moonlighting as a defender of women who have been victimized. Here, Sarah tells us about the accident and her recovery, her career as a musician in more bands than you have fingers, and wrangling cattle…

French Davis: Let’s start with the Sarah Mount story. I know you were born in Colorado, raised in Littleton, played sax throughout school, and went to Western State for art. To me, it seems like the story Sarah Mount as an artist really begins with that fateful day in Aspen in 2011. Can you tell us the story?

Sarah Mount: I was selling art at a little festival with my sister right at the base of the ski resort when it happened. I don’t remember anything but the sound of my own screaming after coming to. I ended up under his truck, and literally the only reason I’m alive today is because he was only going tops 15 mph. In that moment I was instantly changed forever.

My entire left arm was basically detached on the inside, a fractured C4 (vertebrae)  in my neck, and a moderate TBI (Traumatic Brain Injury). The recovery was very long and very slow. I had a hard time with just about everything. I had super reconstructive shoulder surgery. I was a very angry and damaged person for a long time. The doctors I was seeing warned me about the possibility of early onset dementia by the time I’m 45 or 50 years old.

Cheating death absolutely changes you. It will quickly show you what really matters. At the time I had put my sax down for about six years, but picked it back up to help my brain heal. I did have to start from scratch, and relearn everything, but I likely would not have picked up playing again, built up an entire career, and probably wouldn’t know most of the people so essential to me. Funny how that works. These days you probably can’t tell, but I do still struggle. Brain injuries affect everyone differently, and everyone heals differently too. For me, perpetually hazy and confused, it takes me longer and I have to work harder at things, sometimes I can’t articulate my thoughts, I just draw blanks, and occasionally I can’t feel my arm at all from nerve damage. Dissociation, and face blindness is a huge issue. Sometimes I look at charts, and it looks like a foreign language even after playing for almost 27 years.

So many other residual things from this, but I just keep it to myself because I’m just so damn happy to be alive. The whole ordeal completely changed me. Some for the better, some for the worse, but today I celebrate. 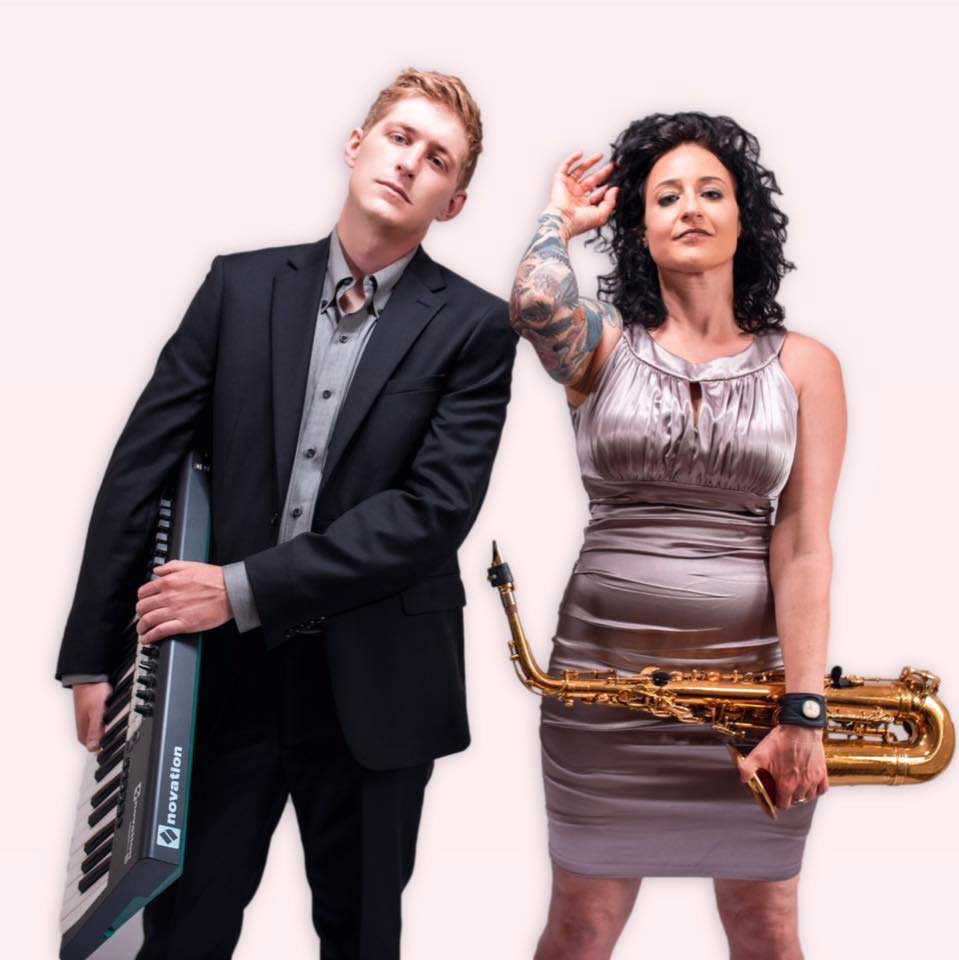 FD: Let’s talk about your life as a professional after recovery. Tell me about what it’s been like growing your brand in Colorado and how you’ve come to play with so many acts (how many are there, again?)

SM: My career actually did start as recovery. Once I had practiced enough to feel some semblance of confidence, I joined the Mile High Community Jazz Bands in 2012 looking to get back into playing with others, and reacquaint myself with reading charts. It took about a year or so to get back in the swing of things playing in an ensemble setting and performing, but eventually people started approaching me with opportunities. Before I knew it, I started making money, and over time it’s become a career. After being a professional for coming up on 10 years now I have seen just about every scenario as a player. The pandemic really expanded what I’m able to do with gigs — doing virtual performances sometimes even internationally, home recordings, collaborating with people across the country, even ambassador and influencer campaigns. At the moment I regularly appear with 14 bands.

FD: What makes you someone so sought after as a musician, do you think?

SM: This is such a tough question to answer because it’s hard to see myself on the outside objectively. I like to think it’s my approach and work ethic. I love all my bands equally, but differently, and I prioritize all of them when they need it for upcoming gigs or recordings. I’m happy to put in more work or whatever it takes to polish up and make the music shine. Dedication and determination are really important to me as well.

FD: Who are the musicians who have most influenced you as a player and why?

SM: I’m sure most musicians would agree, but I am constantly surrounded by inspiration from every genre and from any time. Focusing on fellow saxophonists, I love the sound of some of the jazz legends like Coltrane, Cannonball and Lester Young. The power of some modern greats like Dave Sanborn, Candy Dulfer, and Grace Kelly. Some of the most influential musicians in my life are the local Denver sax players I have worked with regularly like Jeremy Smith, Miles McKee, Alex Cazet, Eric Jordan, Jeff Miguel, Nikki Tredinnick, and Troy Thill. All extraordinary players. The musician who has the most impact on how I play is Billie Holiday. I aim to have such a high level mastery of style, grace, finesse, time and thoughtfulness. She is a true one-of-a-kind, and she was also a huge advocate for social justice at a very important time in American history. 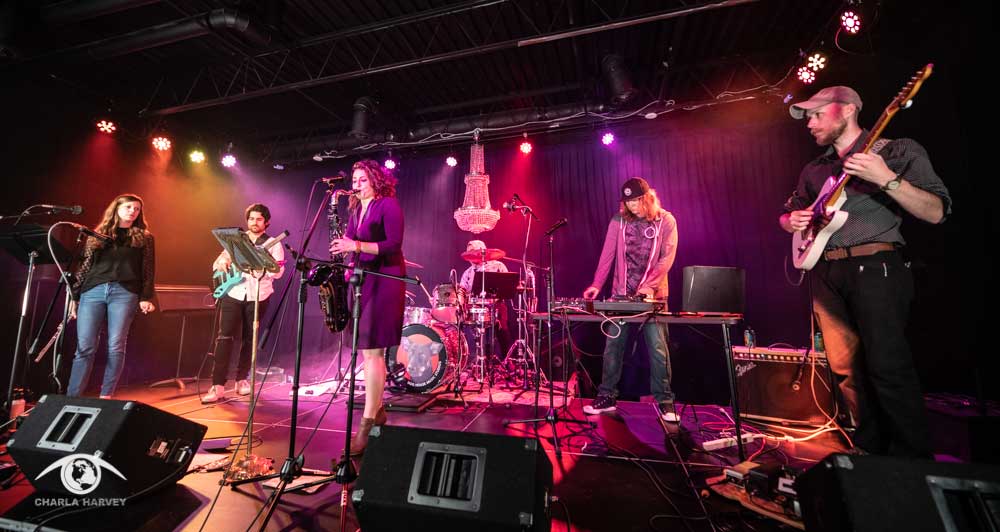 SM: Art and music really do go hand in hand, and there are a lot of shared key components. Even the manner of how both are discussed — there are total parallels. Elements and principles such as texture, dynamics, and color are total crossover concepts in both. For me it’s mostly indirect, and felt in the honing of creativity. When I have off or on days it affects both my music and art.

FD: One thing I’ve come to notice is your penchant for standing up for other women in the Colorado music scene — specifically in terms of misogyny and sexual assault. How did you end up donning this cape? And how do you think we course-correct in general to make the scene more inclusive and safer for everyone?

SM: I think America in general is coming to terms with a serious cultural issue with how we as a society treat women. For a long time, misogyny was portrayed as “cool” or “funny,” and we saw displays of that not only in everyday life, but also echoed in mainstream media like movies and TV shows. Marginalization in this way has real-life consequences, and it took women being vocal, using social media as a tool, to sound the alarm. I do see improvements in course-correction, but we have a very long way to go. Only 20% of musicians are women, so sometimes it can be a bit of a battle to be seen and treated as an equal. Discussions surrounding being disrespected, dismissed and harassed have been brought up by just about every fellow lady musician. An even darker and uglier side are the amount of women who suffer sexual assault and rape in Denver. Somewhere along the way I simply got fed up. I realized it’s up to me to create a safer and more inclusive work environment for myself and my scene sisters. I started posting screenshots on social media of the disgusting things fellow musicians, and music scene workers would say to me. When I did that it would cause uproar, and the perpetrator would suffer consequences losing jobs and relationships. Women would see this happening, and eventually they started coming to me with their own stories. When they do, I am here to help. Sometimes I help find them resources for therapy, protection, or lawyers, or how to put people on blast, and sometimes they want to do nothing and just need someone to listen. Everyone handles this type of trauma differently. No matter what they want to do about being victimized their story is theirs, and I never share it without their permission. 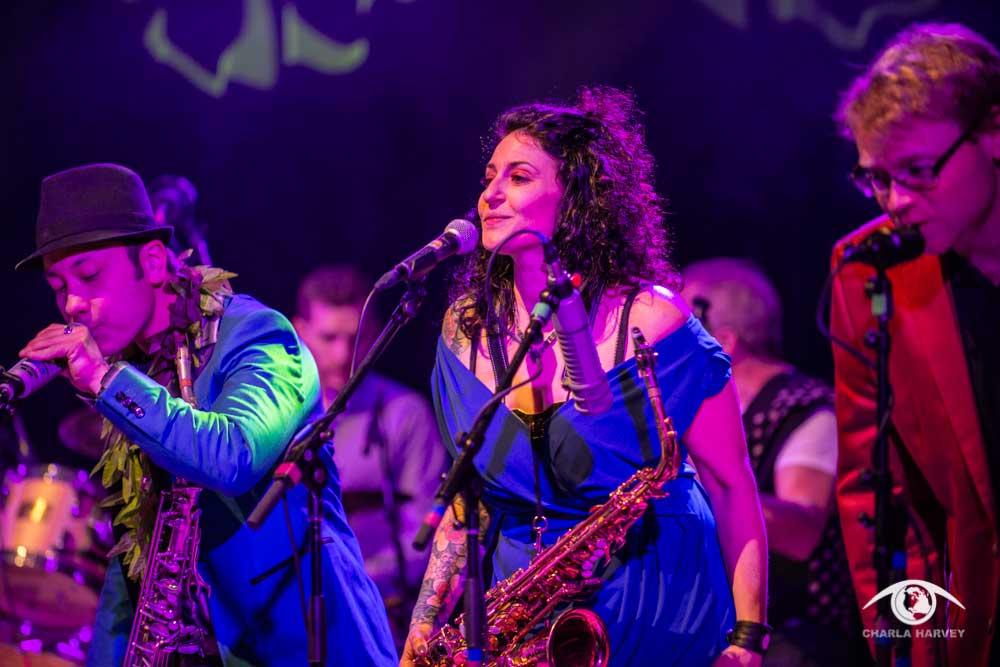 FD: What are the things you love most about the Colorado music scene?

SM: It’s such a vibrant and incredible community that I love with all my heart. Everyone is immensely talented, and there is such a wide range of musical flavors in this city. The community is very strong, and most people realize it is not a competition. There’s enough opportunity out there for everyone to get a piece of their own, and we are always helping each other get jobs.

FD: If you weren’t doing the things you are now professionally, what else might you be doing? Marine biologist? Astronaut? Ice cream truck driver?

SM: I have a version of myself that would’ve loved to be a zoologist. I have a real passion for both animals, and science, but am not intelligent enough to keep up with the coursework required for a degree.

FD: What’s one thing we haven’t talked about that most people would be surprised to find out about you?

SM: I spent a significant amount of my teenage years working horseback as a ranch hand on a cattle operation in Rifle, Colorado. Herding cows, laying irrigation, cutting hay, helping animals give birth, even hunting on horseback. That experience was like going back in time to the days of the Wild West.

Check Sarah out on Spotify:

Her first single from her band Sarah Mount & the Rushmores:

A collaboration with another group called Minor:

Sarah’s playing all over the state, all the time. Keep up with her at: