Spotlight on Conrad Kehn and the Playground Ensemble 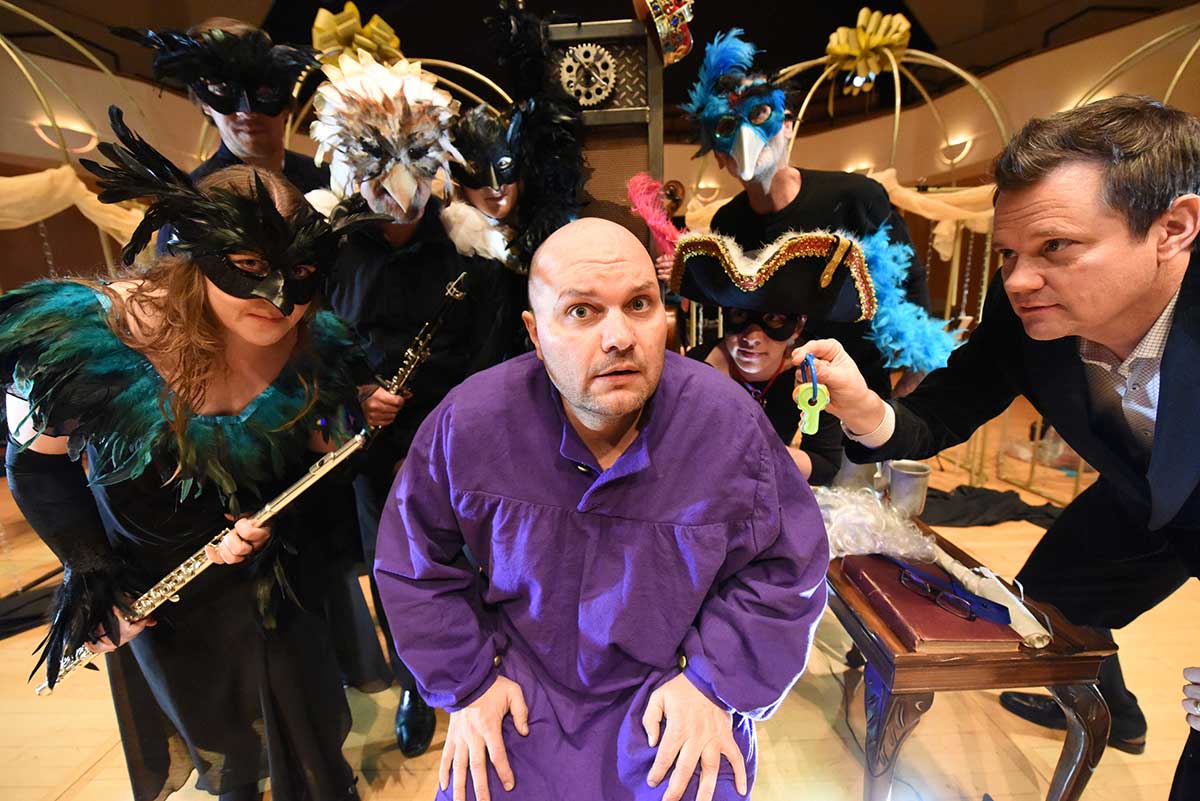 Conrad Kehn has the unique role of leading one of the most unusual ensembles in Colorado. Playground Ensemble — a chamber group focused on presenting the work of living composers across every culture and human experience you can imagine. The non-profit is heading into its 16th season, titled “Re” which is “A season of re-emergence focused on cross-cultural and cross-disciplinary collaborations that reimagine what a chamber ensemble can and should be in this new uncertain reality.” Here, Kehn talks about his rock band roots, teaching music at the collegiate level, and pulls no punches on his opinion of jam bands.

French Davis: Tell me about yourself — your musical background and career to this point.

Conrad Kehn: I am a composer, performer, educator, and arts administrator. I grew up in a small Nebraska town. My dad was a farmer. My mom was a church music director, so I started out performing in church. In my teen years I was in a bunch of really silly hair metal cover bands, and high school show choir, which are both equally ridiculous and more similar than people realize. I moved to Denver in the ‘90s and was part of the underground music scene here for years. Played in a band called Skull Flux and another called Kallisti. I was attending DU for music at that time as well. Towards the end of grad school I started Playground Ensemble as a way to get my compositions performed. Twenty years later, it has become something pretty amazing. When I graduated I started adjunct teaching both at DU and at the Community College of Denver. I love being a professor and working with young musicians. I also do a ton of work with The Playground’s K12 music creation programs.

FD: What is the Playground Ensemble? Your mission? How did it come to exist?

CK: Playground Ensemble is a modern chamber ensemble — think classical music, in small groups, written by people who aren’t dead. We have three areas of focus: a concert season, commissioning new music including a number of Colorado-based composers, and a very active K-12 music creation program. When I was in grad school, I was in a class called “Music of the Avant Garde” and the professor made our class form an ensemble and put on a concert. A number of the musicians in that class were people I really liked being around, and they were amazing musicians. Because of my experience playing in bands, it was very natural for me to organize things and so I turned the class project into an ensemble. As a composer, I was looking for quality performances of my music. Eventually the group came to be so much more than that. 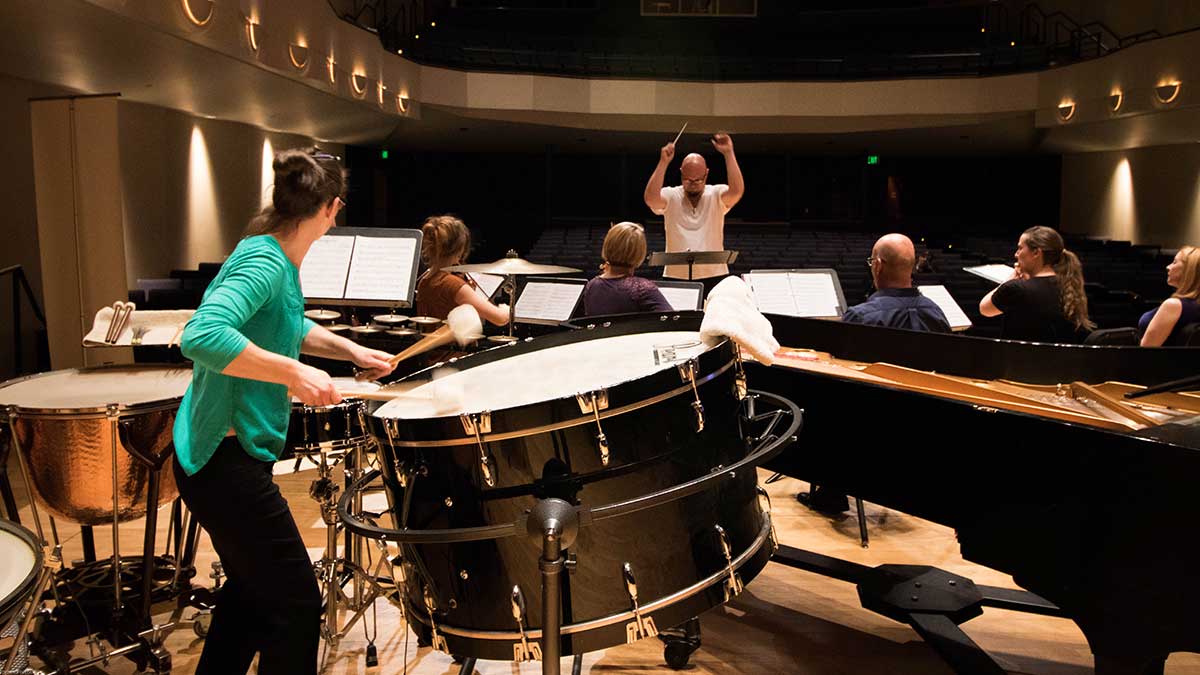 FD: How is the ensemble different from other musical ensembles people can see in Colorado?

CK: In Colorado we were the first, and for the longest time, the only group that was focused solely on modern chamber music. We fall under the umbrella of “classical” but we aren’t playing the dead white guy warhorses… and we don’t have to be in a pristine concert hall environment to do what we do. We will play almost anything anywhere. I think people in general see classical music as risk-averse. That is not us. They see it as a museum piece. We are part of a living art form. You will see laptops on stage almost as much as violins. I just haven’t seen anyone else doing what we do, the way we do, and where we do.

FD: Tell me about your current season — how you came up with “RE-” and what kinds of stories you’re looking to tell.

CK: Because of all of the uncertainty around live performance, and how (COVID-19) variants might affect things, and all of the post-COVID but still in-COVID kind of life we are all living, we are building the plane as we fly it this season. In the last year and a half we spent some time looking inward. Who do we want to be? What do we want to champion? Are we doing enough to support change in our society? How can we expand our artistic vision and collaborations to be even more adventurous and relevant? We are also getting older and going through some membership changes. “Re-” came out of the conversations we were having about both our immediate and long-term futures. I think if you try to come out of COVID the way you went into it, you are missing an opportunity and not paying attention to the world around you. 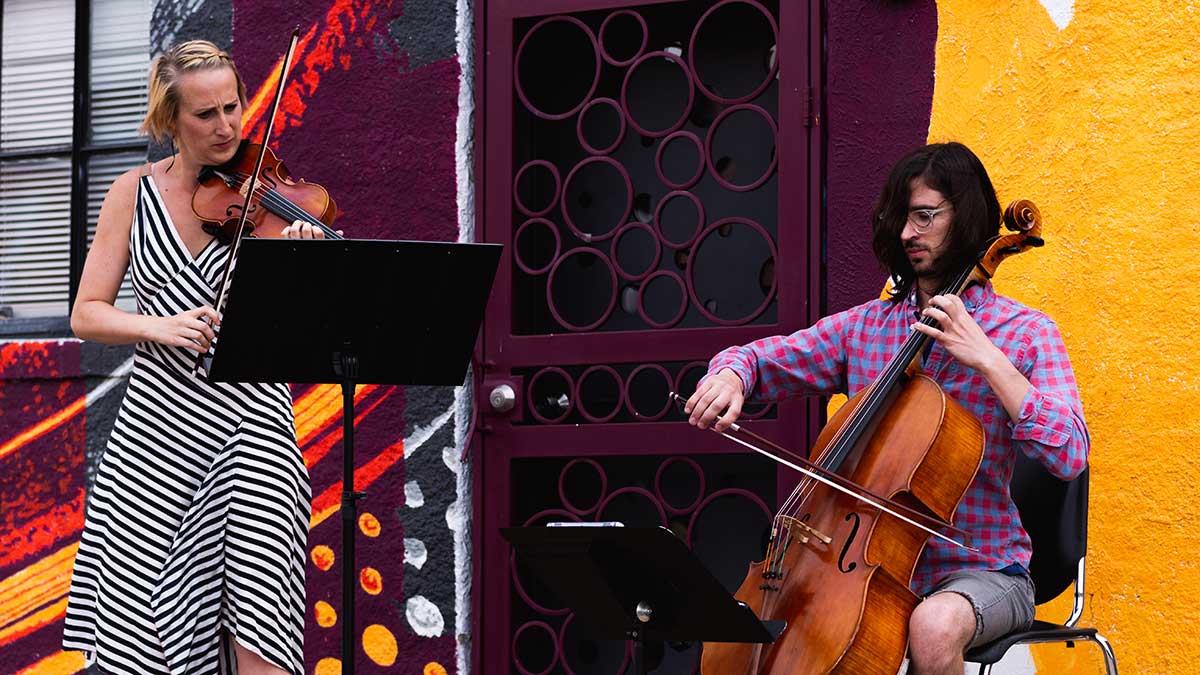 FD: What are some accomplishments you’re most proud of?

CK: We are in our 16th season. That alone is something to be proud of. I once heard someone describe us as the group that plays the music that is too hard for everyone else. The number of high-quality performances of underappreciated 20th century chamber music we have done is something I am very proud of. Our commitment to supporting living composers is something I am also very proud of. The way we have championed and pushed the idea that young people need to be creating more in music classes, and not worry so much about playing music by people that don’t look like them is something I am very proud of. More than any of that though, is the culture of Playground. We are a group of people who care about and love each other. We try to take care of each other when needed. I’ve known and made music with some of these people for almost half my life. Playground is family.

FD: Talk about the music scene in Colorado in general. What do you like about it? What gets under your skin, and how would you change those things?

CK: I’m 49 years old with a portfolio career based on over-commitment. I’m a husband and father of two teenage daughters. I have aged out of caring about “a scene.” I’m too busy for that popularity show nonsense. Most of the music I make, and the music I like, is far enough away from mass consumption that people think it sounds like noise. Free improv is what I am most excited about these days. I do fucking hate jambands… like so much. Fuck that music. It’s bullshit.

FD: What are some dream projects you’d like to work on?

CK: I don’t know if I have dream projects. I’ll probably think of some after this interview. In a Westword interview I once said I’d like to make an album with Janet Feder, Ron Miles, and David Eugene Edwards. I still think it would be a really good album.

Catch Playground Ensemble on Oct. 23, supporting Soundpainting creator Walter Thompson in a residency at Metro State; and Oct. 29 at the Denver Art Museum working with Felix Fast4ward in the newly reopened old wing of the DAM — their teaching artists will also be leading workshops on building your own instruments with found sound objects. Playground also has shows coming up in December with legendary Japanese percussionist and improvisor Tatsuya Nakatani at Leon Gallery; a show after the new year that features the stories and music of people that have been incarcerated where they’ll be partnering with a number of very important organizations working in Re-entry and fighting Recidivism. (Contact them through their website if you want to be part of this and some cross-disciplinary collaborations coming up with Nu World Danse, Visual artist Ale branch and her amazing musical boats, and composer Silen Wellington with a commission looking at the silencing of trans voices in public spaces.) See www.playgroundensemble.org for more information.