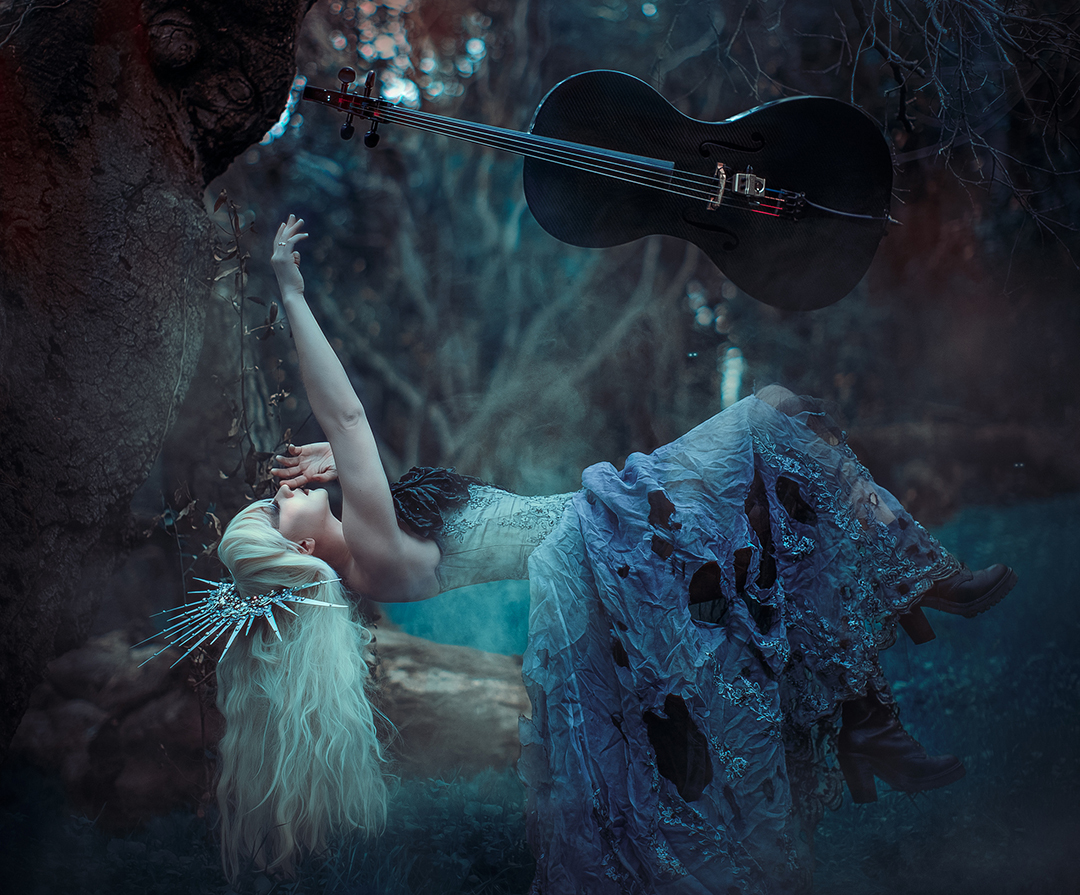 October 27, 2021 (Los Angeles) — Cellista is currently touring behind, Pariah, the newly released conceptual fairytale album recorded under the duress of the pandemic at East West Studios in Los Angeles and mixed into 5.1.4 channels at legendary Skywalker Sound. Two dates have been to the tour, one in Colorado and the other in San Francisco where she just performed in front of a packed house at DNA Lounge for Apothecary Raree.

The multimedia piece blurs the lines between several disciplines and genres. The project tells the tale of Pariah, a woman cast out from her community for daring to speak truth to power. The story follows her exile from her home in Cloture, her encounters with apparitions, love, and her eventual acceptance of herself. Composed and arranged specifically for immersive audio, the operetta features the work of composers Mazz Swift, Joshua Icban, and Peter Colclasure along with performances from actress Dawn L. Troupe, soprano Carla Canales and Hilary Whitmore, rapper Demone Carter, beatboxer Track IX, poet and journalist Gary Singh. 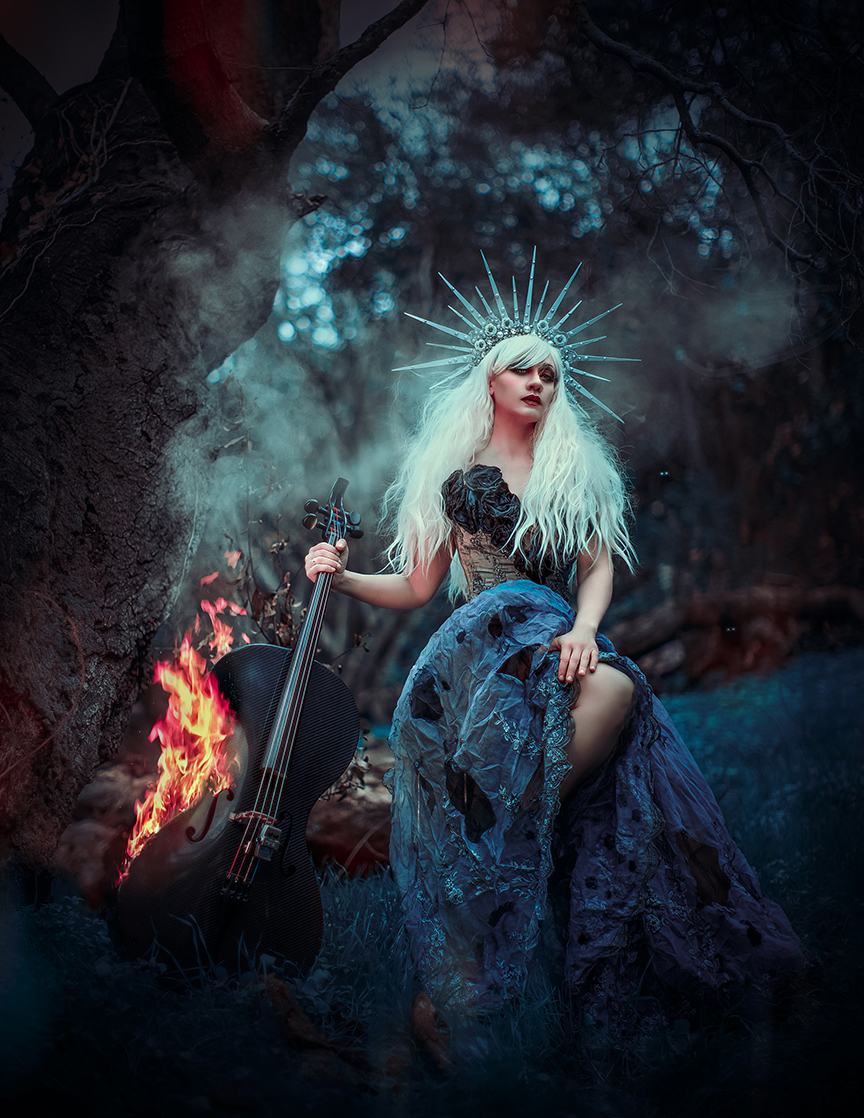 The Pariah release includes a companion book, co-written by Cellista’s father, respected academic Dr. Frank Seeburger (University of Denver, Professor Emeritus), with a preface by the composer Daniel Felsenfeld, and illustrations by Jaclyn Alderete. The album cover is by UK artist Joseph Loughborough.
The seven tracks on Pariah are 1. ” Debris Field (Grand Mal),” 2. ” The Banishment,” 3. ” Pariah,” 4. ” Small Prophecies,” 5. ” Laurie Green,” 6. ” Pretend,” and 7. ” Dawn Chorus.” Production was intentionally led by a 65% female crew including Heidi Trefethen (SFJAZZ, Symphony Orchestra Musician, Women’s Audio Mission) as lead engineer, and Anna Frick (Airshow) as mastering engineer. The record has been submitted for Grammy consideration in the category of immersive audio.
A noted session musician for both recording and live performance Cellista (who recently made the moniker her full legal name), has worked with musicians such as Tanya Donelly, TroiBoi, The Dear Hunter, Kiefo Nilsson (son of Harry Nilsson), Van Dyke Parks, Inara George, Don McClean, and others. Cellista plays a Luis and Clark carbon fiber cello and an 1885 Czech cello. Pariah is Cellista’s seventh release. 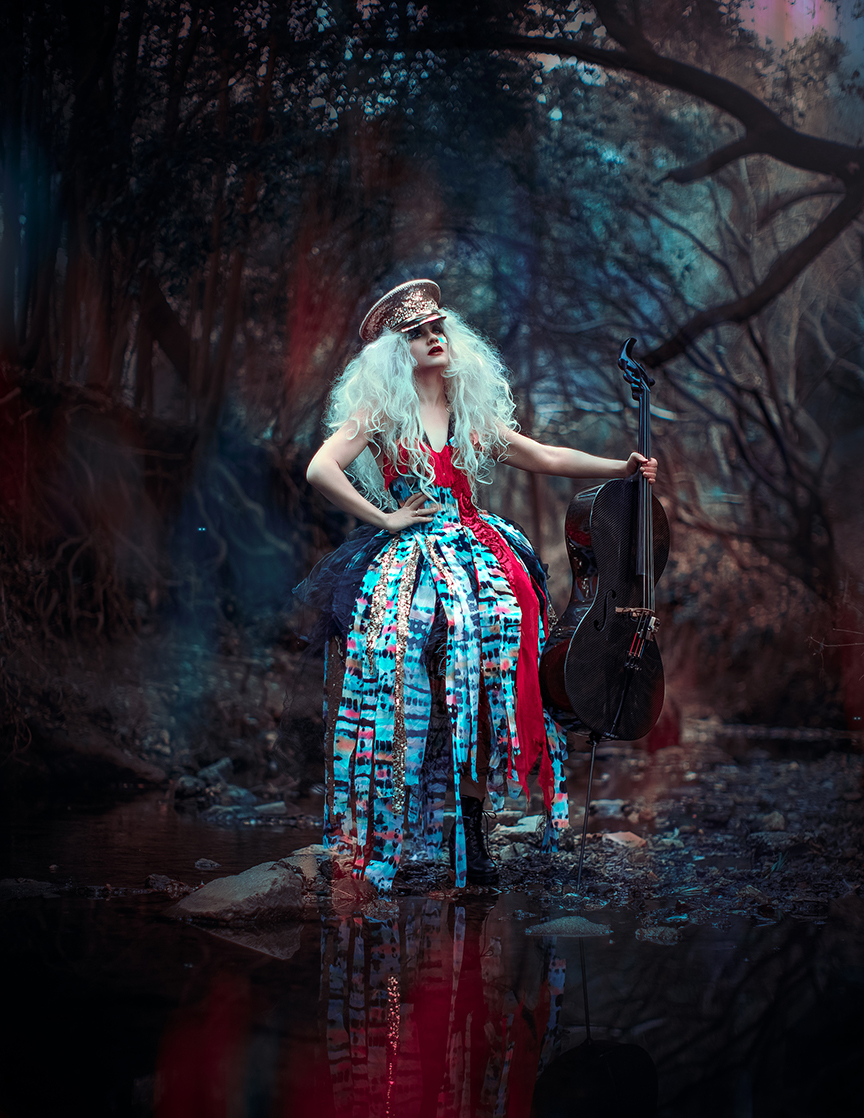 “As a musician and performance artist who conjures fantastical dreamscapes, Cellista dwells in a liminal realm where Jungian archetypes bump up against the Brothers Grimm. But no matter how deeply she delves into the unsettling currents of the subconscious, Cellista remains tethered to home.” – Mercury News + East Bay Times
VISIT CELLISTA ONLINE
cellista.net
wikipedia.org/wiki/Cellista
facebook.com/cellista.music
instagram.com/xcellistax
twitter.com/xcellistax
medium.com/@xcellistax
cellista.bandcamp.com