This year’s most contentious election race goes to the…School Board.

Updated 11/1/2021 to reflect Natalie Abshier’s “dramatic reading” of the article.

Updated 11/3/2021 to reflect the Abshier family response to losing the election.

For many, many years local races were barely a blip on the radar. A few civic or business-minded folks would run for their local city councils and school boards with little fanfare.

Over the last few years the GOP has been pouring money into local races. Just a few years back in Erie, they spent over $50,000 on behalf of Dan Woog’s mayoral bid (which he lost). This year is no exception.

As reported by NPR, there is a multitude of extremist right-wing groups seeking to take over their local school boards protesting mask mandates, vaccines, and Critical Race Theory, in spite of the fact CRT is not taught outside of college courses.

A look at the groups supporting school board protesters nationwide

Before the COVID Pandemic, the anti-vaccination population rate was somewhere around 8-12%*. Today, we are looking at 42% of American citizens who are still unvaccinated against COVID-19. When America was fighting mumps, measles, polio, smallpox this group of people never questioned getting a vaccine, but with the influence of Trump and many QAnon-type Republicans pushing a political agenda not based on science (and often lacking in facts), we are seeing individuals refusing this life-saving vaccine. With a rise in Delta cases, nearly 97% of COVID deaths are now the unvaccinated.

Which makes this movement to take over school boards to protest vaccines and masks for students even more concerning.

Boulder Valley School District is facing an effort to recall board members who voted for masks.

In St Vrain Valley School District the school board race heated up before anyone knew what was happening. Two candidates, Sarah Hurianek and Natalie Abshier are running for the same seat with two very different-looking campaigns.

Sarah, a teacher, and caretaker, is not active on social media, tells us she “is not a politician” and has had a relatively low-key campaign. Her campaign has mostly consisted of interviews with the local media and her website. She is a volunteer within the school district and has served on several committees.

Natalie, a local mom, and a business owner has run a much more electrifying campaign, including blocking people who disagree with her positions and statements against mask mandates, CRT (Critical Race Theory) and DEI (Diversity, Equity and Inclusion), to insulting individuals including calling them trolls, and in one instance stated a constituent needed mental health help. In interviews, Natalie presents as logical and sound, but online, we see a different Natalie.

On her campaign website, she features a quote on Critical Race Theory by Christopher Rufo, a man who has been leading Republican efforts against CRT nationwide. Rufo is on record as saying that “The goal is to have the public read something crazy in the newspaper and immediately think ‘critical race theory.'” 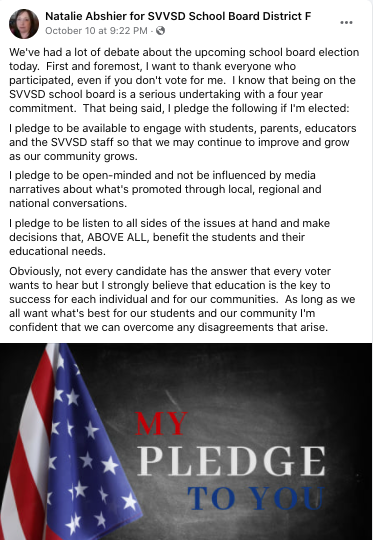 Yet her social media actions show a very different Natalie, including actions like blocking and insulting constituents, to making “jokes” about race. 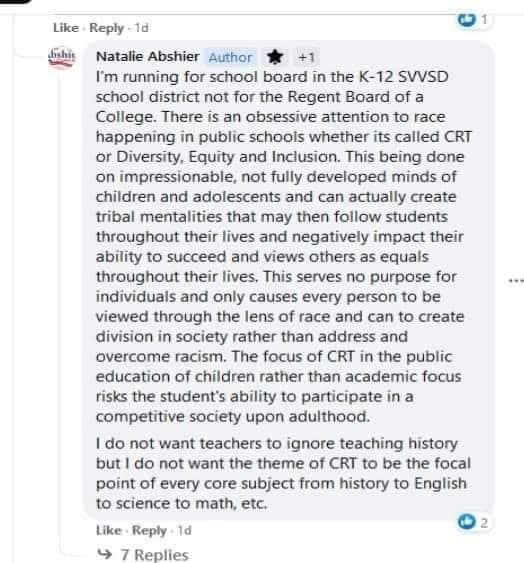 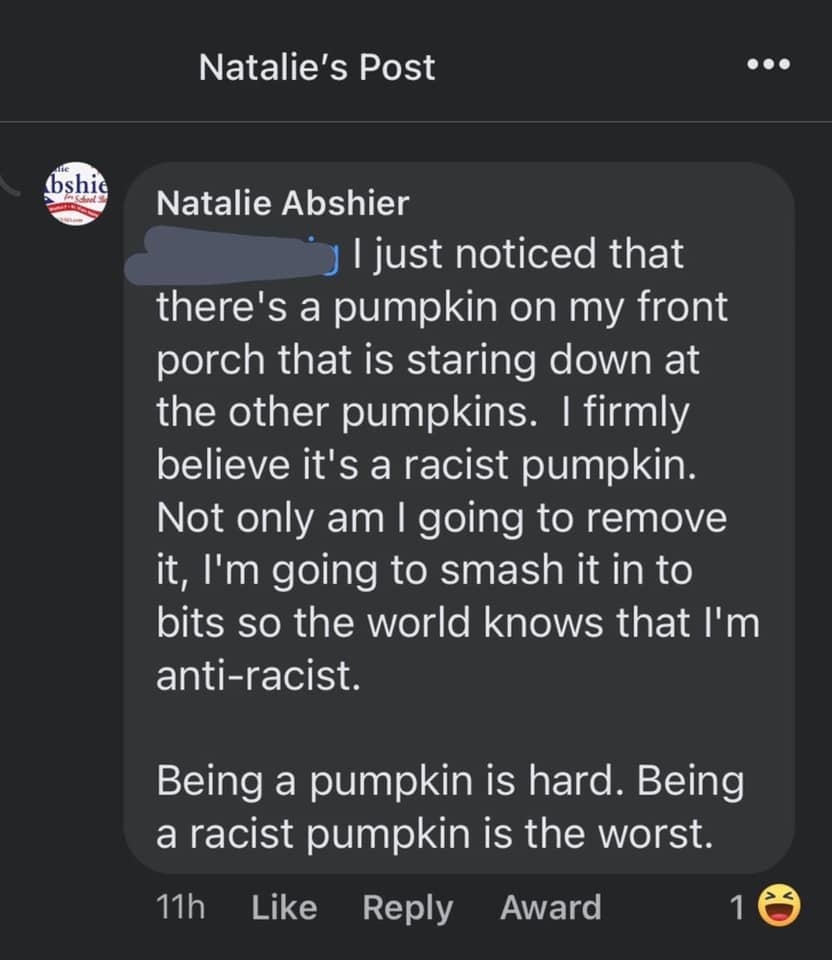 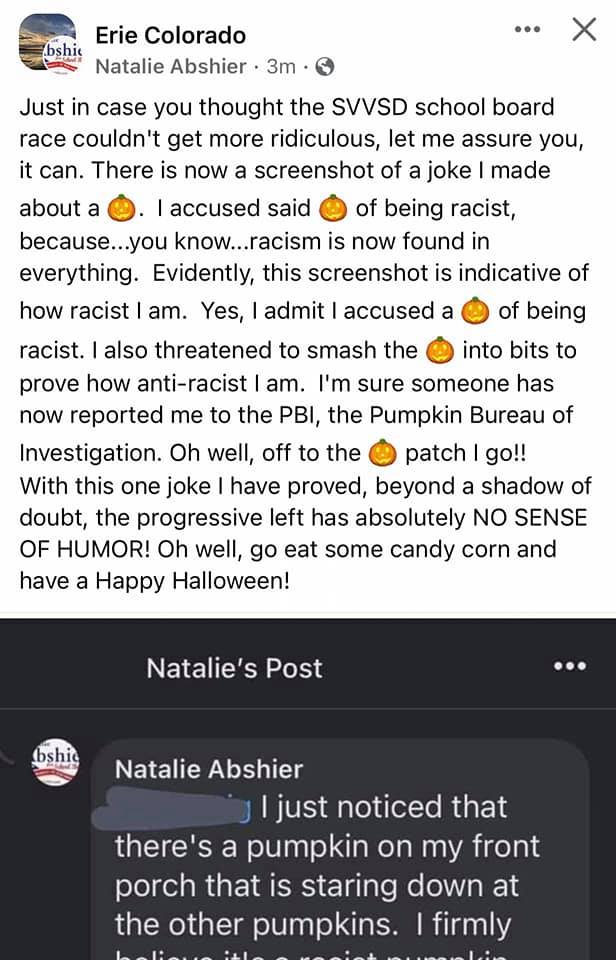 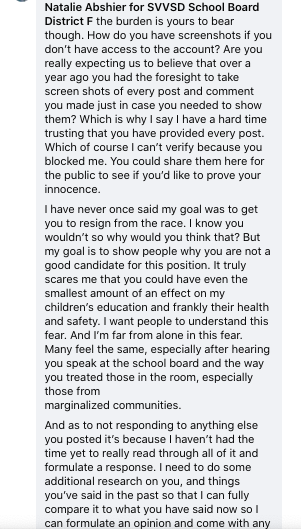 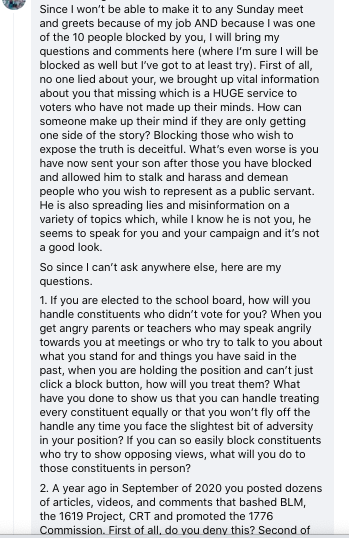 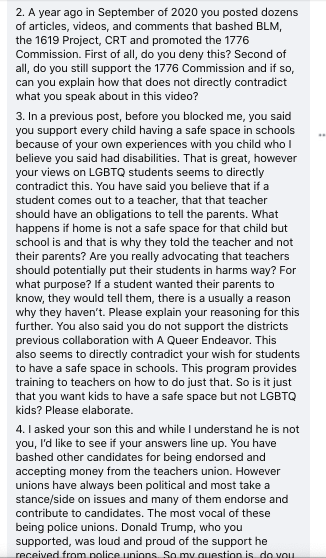 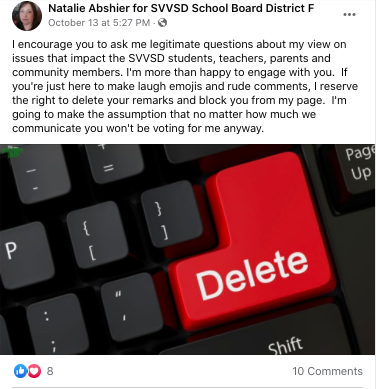 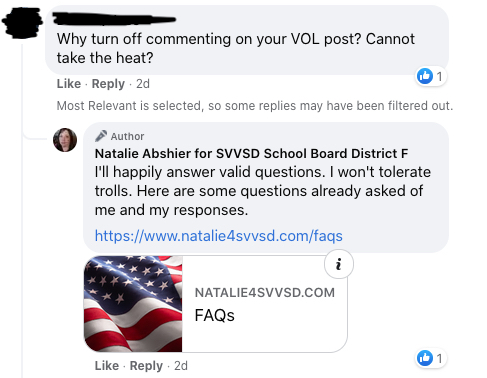 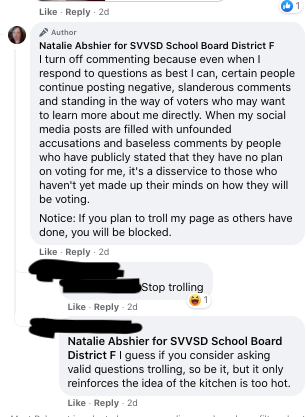 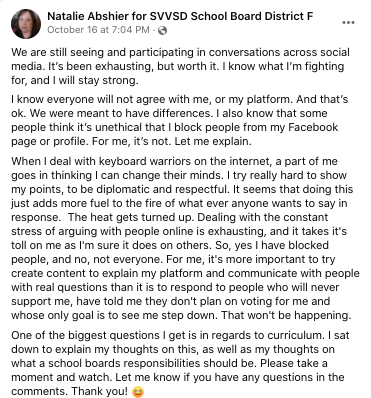 The final day to cast your ballot is Tuesday, November 2nd, 2021.

It is too late to mail it in but with Colorado’s fantastic voting system you can drop off your ballot at any of these locations:

You can reference YS Election Guide online if you want to learn more about all the races, however, these are just some of the reasons Yellow Scene Magazine has actively chosen to not endorse Natalie Abshier.

Ms Abshier responded to the article with this video post:

Natalie’s son’s girlfriend has been highly involved in her campaign and posted this on social media on November 2nd, 2021 in response to losing the campaign.