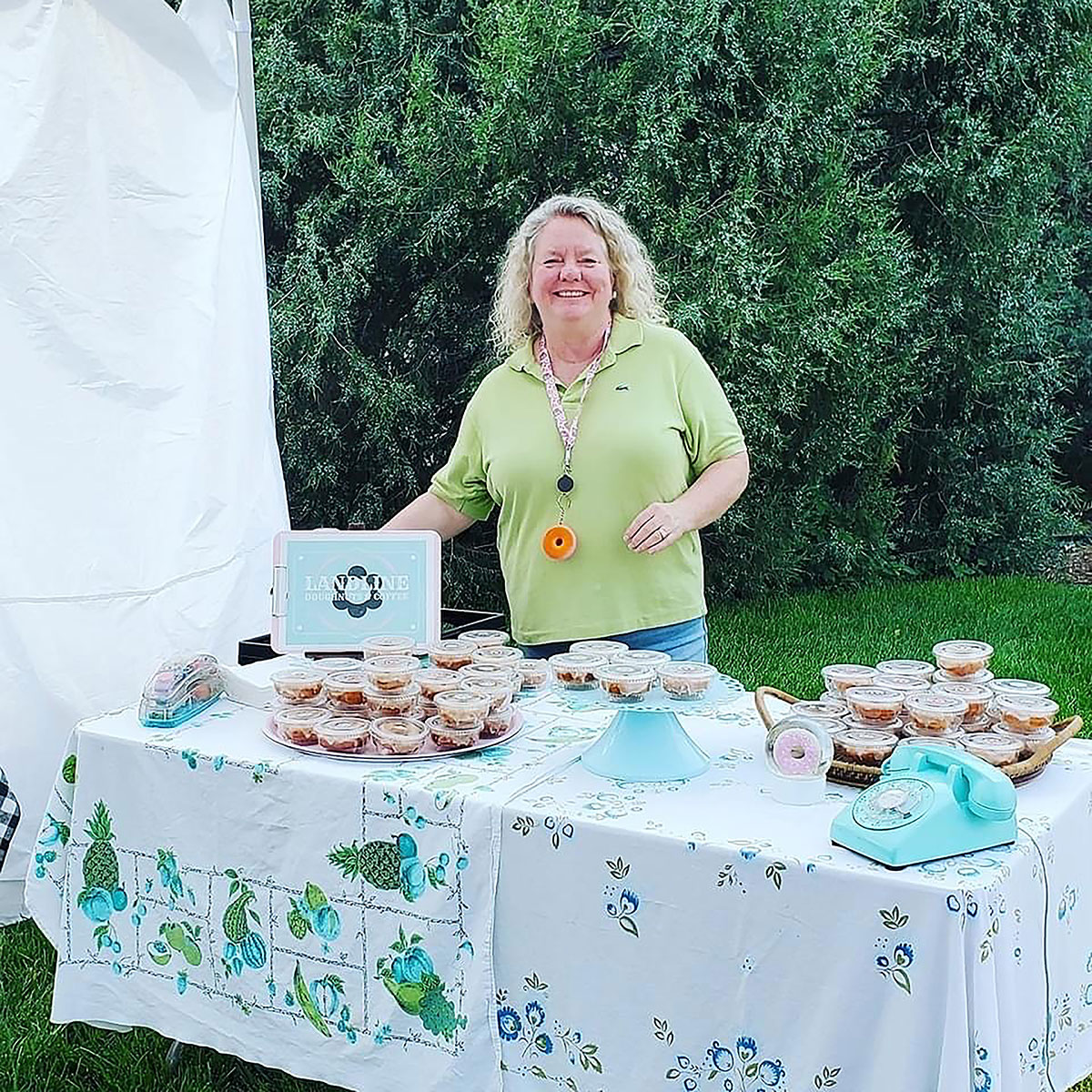 There are a lot of ways for chefs to prepare potatoes. Case in point: in late 2020 as people were grappling with COVID-19-related boredom at home, Bon Appétit Magazine created a YouTube video with 63 potato preparation techniques. Options went beyond mashing, baking, twice-baking, and frying to include cooking by electrocution and juice pressing. That’s right, potatoes in a glass.

For those who want to forego liquified starch, a sweeter, cakier variation is coming to Longmont this spring. Local donut baker Jodi Mowery is bringing mashed potato-based donuts to Main Street in Old Town. She’s opening her business, Landline Doughnuts, with her husband John. Their new bricks-and-mortar venture follows a ramping up period where the couple sold them at farmer’s markets and pop-ups as part of Colorado’s Cottage Foods Act.

For Mowery, this venture is all about family. She’s looking forward to operating Landline with John as part of the next stage of their life now that the couple are empty nesters and have each stopped working traditional jobs. In fact, I interviewed her during her husband’s last week of work for the City and County of Broomfield. It was a milestone they were both excited about.

The business is a natural result of something Mowery had done since her childhood in Illinois. “I started cooking as soon as I could reach the oven. My mom and dad did not cook and so my sister and I had to fend for ourselves. So we would come home after school any day and we would bake cookies. We would have friends over and we just love to bake.”

Mowery’s sister is also a professional home baker, creating cookies and babka, and Mowery is excited to do the same.

Jodi’s route to conventional cooking never went through a classroom. “I’m self taught. I’ve never been to culinary school. I took a chocolate class, but that’s about it.” But making donuts seems to be in her blood.

“My Dad’s uncle ran a restaurant called Barjo in Norway, Maine. He made potato donuts there, they were famous and I even have a book that’s a history of the restaurant,” she explained. “He made them out of their home in the 40’s and it’s funny to me that I happened to find out that I have an ancestor that was also a potato donut maker. Now it’s come full circle.”

Mowery is the force behind the recipe development for a potato based donut cake and frostings customers love. To achieve the right flavor profile, she tested and adjusted an original recipe that also has close family ties. “I think the biggest thing for us was figuring out how many potatoes we could add to the donut without changing what it is,” she said.

Her adjustments help her maintain the moistness of the donut and allow her to balance it with the flavors of the icings. “People hear the words potato donut and they’re intrigued. One of the biggest compliments that people give us is that it’s not too sweet,” she said. “And as far as icings go, we don’t use anything artificial and we try to stay local. So during peach season, the glaze is made with peaches that we roast and blend and turn into a glaze.”

Her brown butter donut took first place last August at the Northern Colorado Donut Competition in Frederick and that kind of success only bolsters Mowery’s anticipation of a sweet future. “With an expanded kitchen we’ll be able to make a lot more flavors and do more than what we can right now. I’m excited to see what we can create.”