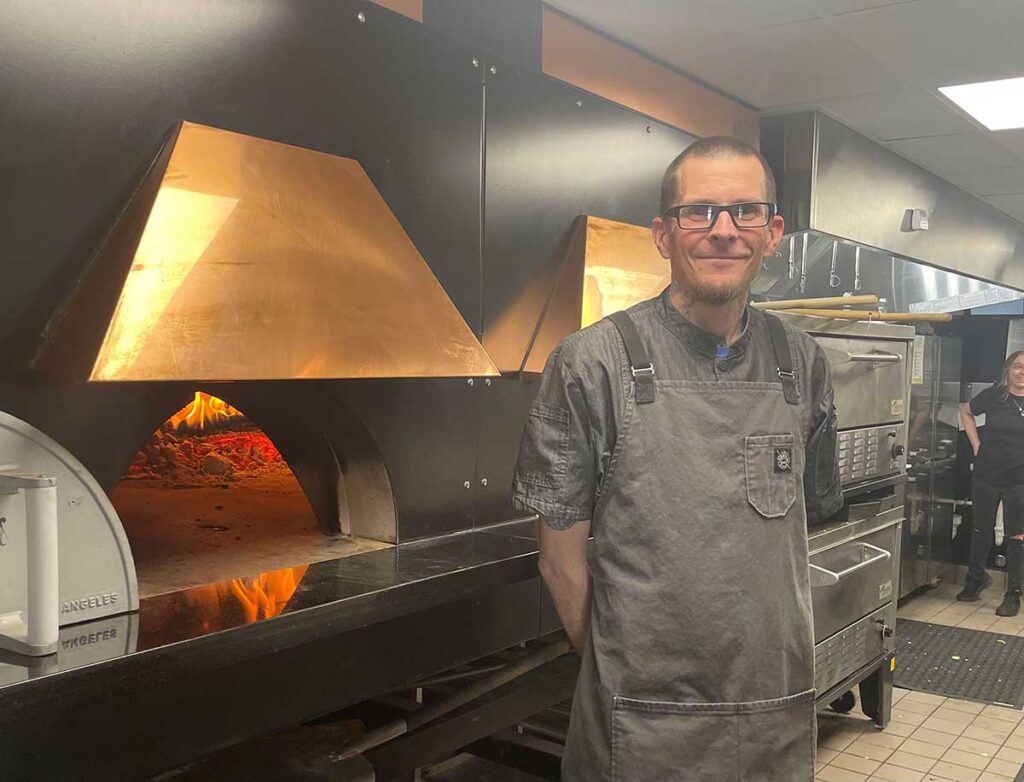 Matt Ochs isn’t afraid to talk about his challenges. Case in point: During a press tour, the chef de cuisine of Lafayette’s newly opened Ghost Box Pizza unexpectedly declared that pizza wasn’t in his wheelhouse. At a tasting later in the tour, it was clear he was extremely modest.

Ochs has shown plenty of skill with dough, sauce, toppings, and wood-fired ovens. The pizzas we tasted at his restaurant include both a well-executed Detroit-style pepperoni; a wood-fired pizza with prosciutto, arugula, melted onion, cherry tomato, and goat cheese; and a mushroom specialty, cleverly named The Fun Guy. 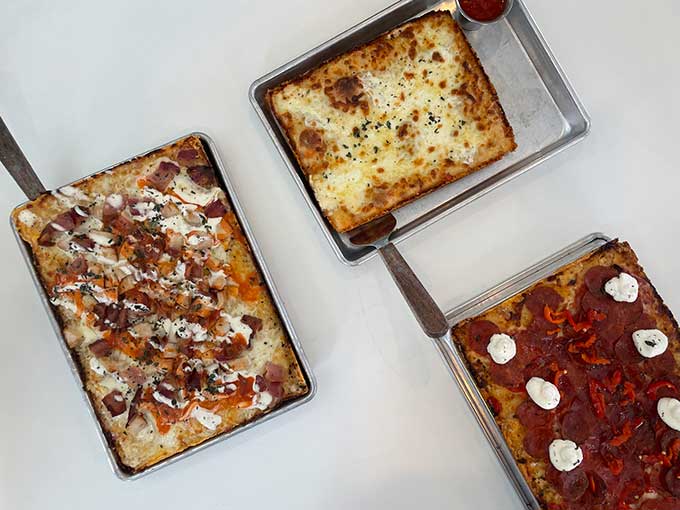 At the same time, Ochs isn’t backing away from the task of creating even more interesting offerings. “I want to be able to push the boundaries a bit on what’s traditional toppings… to say braised short rib doesn’t have to just come on a plate. Fine dining on a crust.”

As we talked, our conversation was unexpectedly marked with the theme of challenges he’d experienced. We talked about his four years as executive chef at the Greenbriar Inn and Ochs was generally positive. “The thing I loved was that every summer I had 7,000 square feet of produce right out my back door to work with. We had a dishwasher there, his name was Max.  He was also our gardener. He did most of the upkeep. I would just take my basket out and take what I needed.”

Then he laughingly got to the part of the story where he was faced with a challenge. “The first day, FIRST day, I walked into 300 pounds of beets. So I got to learn pickling, canning, and making different soups. As a chef, bottom line, money counts. If I don’t take advantage of the free stuff, I’m not doing my job.”

He also told us that he shares a motivating challenge with his staff when working. “I ask them to work and cook as if they were cooking for their grandmother. To make sure everything would pass that standard.”

His challenge is deeply personal for him given that his grandmother was the school dietician in his native Kansas and an avid home cook. “I was with her at home. Now I want to make everything in a way that she would appreciate. She died a few years ago, but I still hold her to the standard of what I do.”

On top of this, Ochs encourages staff to experiment and suggest items for the menu, as he’d had the chance to do early in his career at Michael’s at the Citadel in Phoenix, Arizona. “That kitchen didn’t just write a menu and hand it to us. We were involved in the process. Not all of our ideas made menus, but we were allowed to share what we thought. For me, that was important because I got to cook with my heart.”

Looking to future challenges, he most immediately wants success at Ghost Box Pizza. Full tables open to close. As we pressed him, he shared what he’d like for the longer term challenge: showing he can help a larger umbrella employer open restaurants like he has with Ghost Box. He said: “I kind of want to set up concepts, get them rolling and hand it off to a good person, and then go do the next one. I’m at the point in my career where I want to do this.”

In the meantime, Ochs is more than happy to be in the Ghost Box kitchen. He’s spending days working with his restaurant family, considering the next inventive pie topping and strategizing about how to meet the ultimate challenge for any chef – the next best way to satisfy his diners.