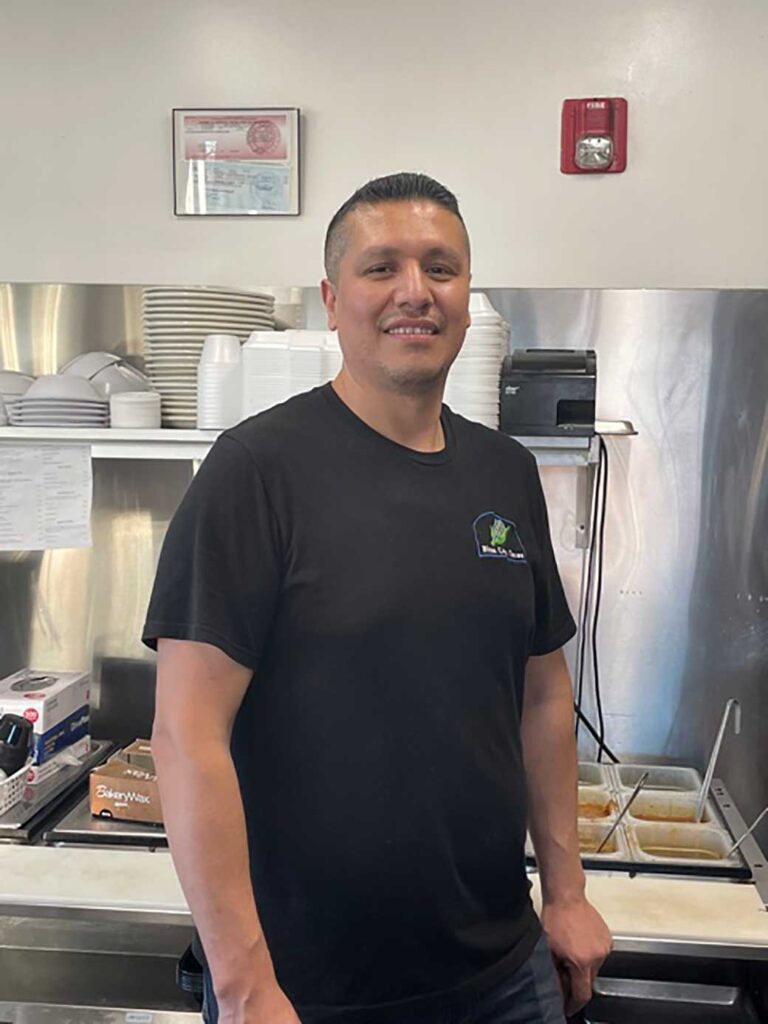 While there are a lot of casual, fresh-food options for street tacos, one of them stands out and it’s not just because of the color of its cornmeal. Blue Corn Tacos at 15th and Main St. is a smaller, stand-alone, and family-focused venture. Owned and operated by a native of Zacatecas, Mexico, Jose Sarna has long had attachments to the kitchen.

“I remember when I was a kid, I always liked to help my mom in the kitchen,” he said while adding with emphasis, “and I always liked to eat.” These early passions were behind his decision to open a food business once he came to the U.S.

He told us he didn’t do well in college when he was in Mexico, and that having to work and study at the same time might have contributed to his academic struggles.

“My grades were terrible, so I went north to work. In the US, I met my wife and decided to stay. Now, I have two kids and I love the country.”

Sarna’s resume developed once he was in the US. At first, he was a manager at Brick House BBQ. “I learned a lot about meats, cooking times, and temperatures. It was my first experience in an American restaurant. I was learning new recipes all the time, and when you’re cooking something new every day it gives you confidence.”

He’s been in the kitchen of other area restaurants as well, including The Pump House and Tangerine. In time, it only made sense for him to open his own business.

When he’s not cooking for others, Sarna has his favorites and they usually involve seafood. “I love Ceviche or Siete Mares, so basically anything with a variety of seafood and vegetables.” He added that he saves this for private dining and that it will not be seen going on his business menu. 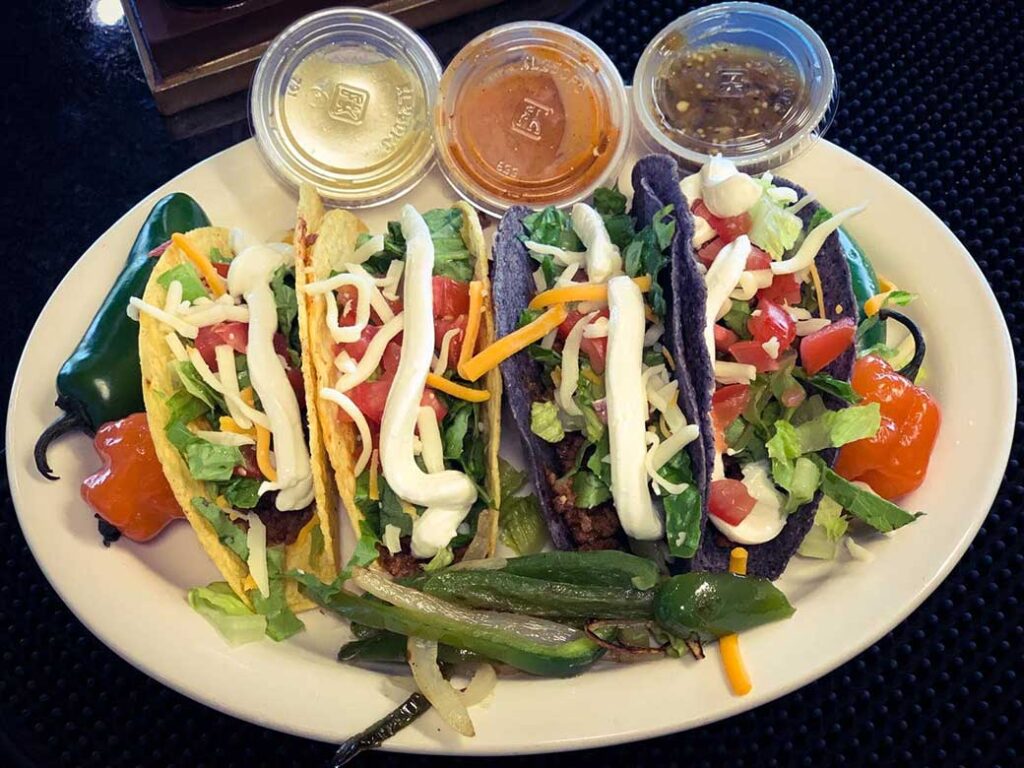 At his restaurant when he’s working over the stove, Sarna is passionate about focusing on food that’s prepared as fast and fresh as possible. Most importantly, it’s healthy. “Our tortillas are homemade from blue corn, which is hard to find in Colorado. My supplier brings me processed blue corn masa, which I hydrate, then use.” He loves the blue corn due to the antioxidants and the texture that sets it apart from the softer white corn.

A Longmont resident, Sarna spends his downtime working on his house, going to the gym, and watching action movies. His two children are older now. As his son approaches the age he was when he came to the US, he thinks about how different their lives are. “It’s a 100 percent different life for him. He has opportunities and can decide what to do to be successful. He can do more things than what I was able to do.”

Ultimately, Sarna seems more than pleased with where he’s ended up. He has enjoyed running his business, even during tough times. “It’s NOT easy. Last week, the AC didn’t work. It’s always something to deal with. Customers, suppliers, and getting things can be tough. But even with these challenges I feel more fulfilled. It’s the job I’ve been looking for, for a long, long time.” With the work he loves, comes pride.

“Every single month, we’re doing a little bit better. It makes me happy.”