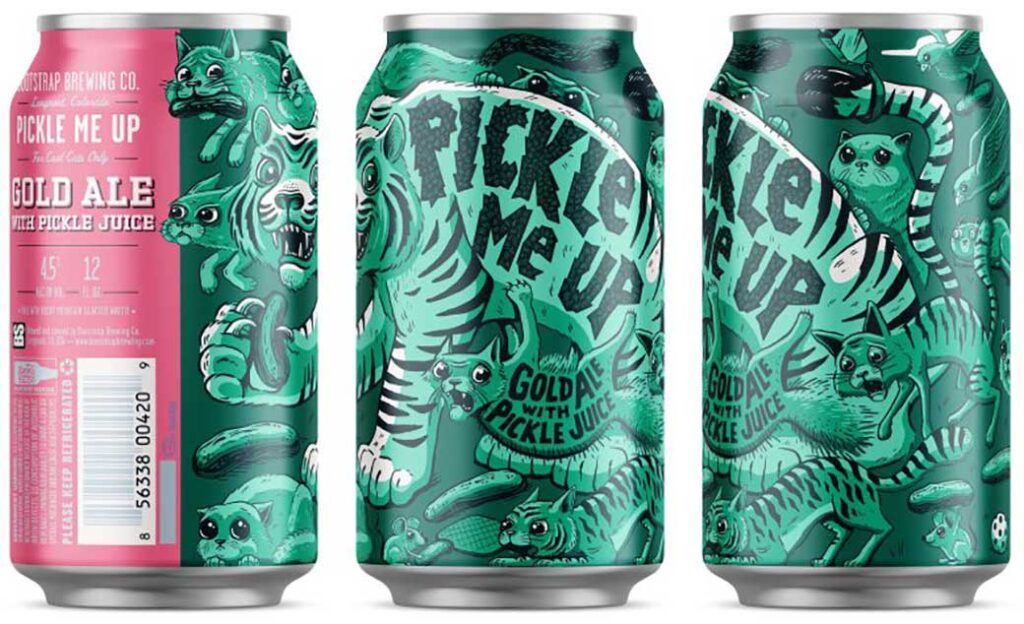 Bootstrap Brewing’s Pickle Me Up™

• Winter doesn’t mean any kind of slowdown for Boulder County’s food and restaurant scene. The big food and drink news that happened since Yellow Scene’s last issue was that CANarchy Craft Beer Collective, the owner of Oskar Blues and a slate of other craft breweries, was purchased by Monster Beverage Corp. More details can be found in the In the Cups column including comments from fellow beverage makers who knew Oskar Blues back in the day and witnessed its journey.

• The former Burger King turned UTurn BBQ space in Lafayette is under new ownership. Mono Mono Korean Hot Chicken Restaurant has opened as the newest expansion of JW Lee, who also runs Seoul Korean BBQ & Hotpot and Seoul Man Doo. In Longmont, Swaylo’s Tiki Bar is also hoping to open by the end of this month in the former Outback Steakhouse spot off of Hover, and in a town over, the Erie Social Club is getting ready to put out its welcome mat.

• We are sad to report, Erie has lost another restaurant. Rose Cafe, the town’s beloved breakfast and lunch spot, has announced their closure, effective immediately. Unfortunately, Rose Cafe indicated the decision to permanently close was partially due to pressures related to the current pandemic.

• Longmont has seen some growth, with Marketplace Bakery shifting spots, moving from its old location at 15th and Main Street to a new spot at 900 S. Hover Street. The bakery is taking over for the previous La Momo Maes Bakery due to owner retirements.

• Bootstrap Brewing has started canning one of the more unique beers in the county, a pickle beer. Made from the brewer’s gold medal-winning Golden Ale, it’s expected to reach liquor store shelves this month.

• Restaurants and other small businesses in Niwot are gearing up to host a series of local events aimed at Marshall Fire Relief. They’re planning a pair of events to be held at Cimmini’s (formerly Pinnochio’s) on February 26th. Call the restaurant for reservations. All monies will be processed through the Community Foundation of Boulder County and be used to provide help directly to families that have been impacted.