Off Menu with… Casey Taylor | The Westbound & Down Mill 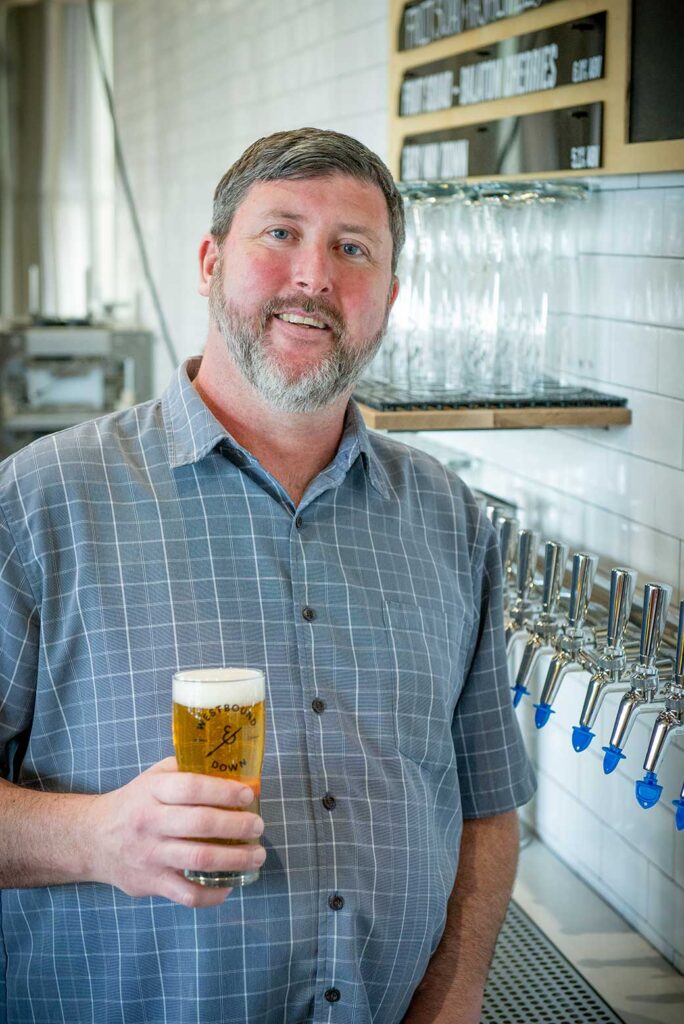 The community got excited, and not just about the craft beer. This new space has some serious food ambitions. It’s named The Mill to honor the grain that’s a core ingredient in beer and to also reference their custom blended flour. This custom blend is partially sourced from nearby Dry Storage, which creates crusts for both round and square pizzas.

In addition to pies, owners are planning for small plates and fresh dishes. The person behind all of this is Chef and General Manager Casey Taylor, who came to Westbound & Down after years with both international corporations and Denver’s most prominent eateries.

“I grew up helping in the kitchen with my mom and my aunt in Cedar Rapids, Iowa, so I started off pretty young,” Taylor shared. He began to appreciate beer in his later college years and often went to the smaller brew pubs that popped up in the 90’s. Eventually, he took advantage of a restaurant opportunity with The Brinker Corporation, owner of Chili’s and Macaroni Grill. With Brinker he opened 60 restaurants around the world. The experience instilled in him a deeper appreciation for food and for how to run a kitchen. Traveling also allowed him to meet his wife.

While abroad, Taylor developed appreciation for beer too, especially in Germany. He was there just prior to America’s craft beer boom and was able to enjoy styles that went beyond the limited offerings he had experienced stateside. When it was time to return to the US, he found himself working with childhood friend Justin Brunson. Brunson was the Director of Operations supporting Old Major, Red Rooster and Masterpiece Deli (where he also served as Chef de Cuisine). He raved about his time there. “Justin helped me hone my skills in butchery and sausage-making. He also helped me learn more of a fine dining approach to sandwich making.” 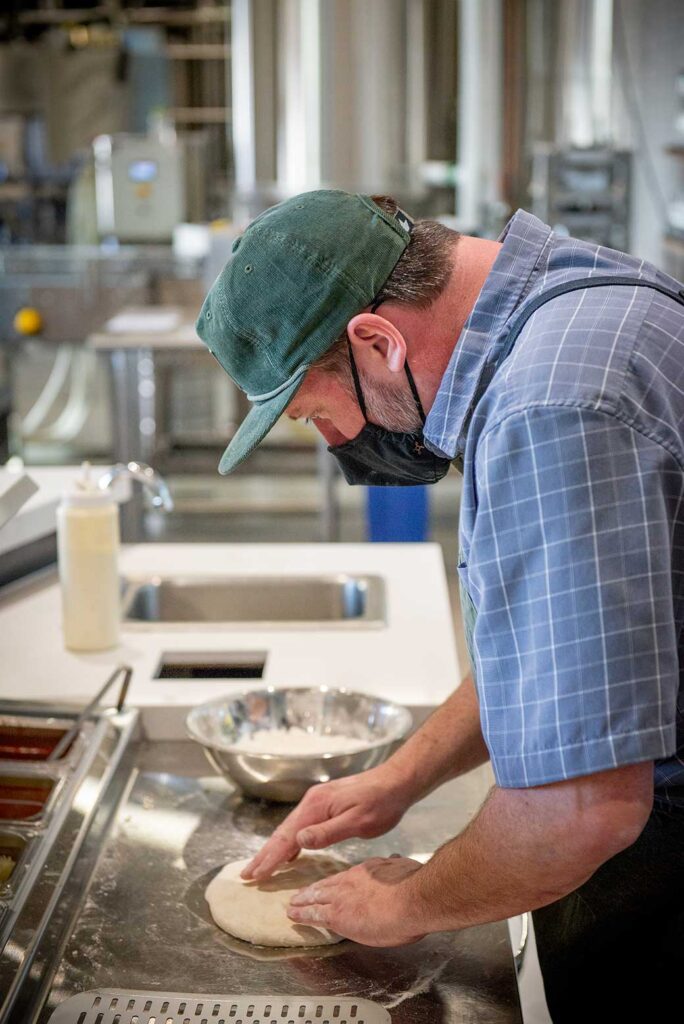 With the pandemic came the closing of both restaurants. Brunner went on to launch Riverbear American Meats. Taylor found a home at Westbound, and this experience reignited his love of beer. Now, as he develops recipes, he also thinks about how the ingredients will pair with beer and the creative ways he can use it in his food.

It’s no surprise to discover Taylor is continuing to collaborate with Brunner, creating a green chili pork sausage that uses Westbound’s Mexican Lager in the recipe. In turn, that sausage is part of a pie Taylor makes called the Westbound Pie.

Taylor is continuously paying attention to the flavors that come from food and beer combinations. He shared that some of his favorites to offer in the winter months are Westbound’s oatmeal, coconut, or coffee stouts. “When people are finishing up their meal here, I like to suggest a snickerdoodle cookie with a small pour of the stout. The flavor combinations are pretty amazing.”

He’s looking forward to other aspects of working in the Mill’s kitchen as well. “Long term, there’s a lot of potential to grow and create incredible food pairings. And it’s really exciting to be in Lafayette. It’s been received very well by the neighborhood and I think it’s going to go really, really well. I’m looking forward to what we’ll do here.”