“The trend is self-organized by a team of players who are assigned peer ‘targets’ with whom they ‘assassinate’ using mock weapons, squirt guns, water bb guns, or paintball guns. Players stalk each other at all hours and in public and private spaces,” said SRO Thoen. “The last remaining survivor is declared the victor.” 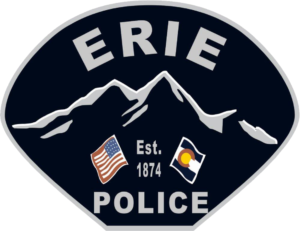 The Erie Police Department has not received any reports of the game being played in Erie, although officers recognize that the season for tricks and senior pranks is fast approaching.

“Engaging in this game could have dire consequences,” said Amber Luttrell, Police spokesperson. “The thrill of the game could impede judgment, and participants may be oblivious to how their behavior could be viewed by community members with individuals with weapons, often chasing others on foot or in vehicles.” Luttrell also notes that an officer’s response to the gameplay will likely jeopardize a timely response to other pertinent calls.

For more information, please contact the Erie Police at 303-441-4444 and ask to speak to an Erie Police School Resource Officer.