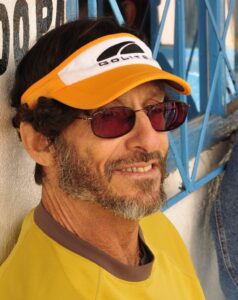 The #1 slogan of the 60s was, “Power to the people!” People power made great improvements to Colorado recently, and Boulder is now the first place in the US to remove a big obstacle to people power  –but you wouldn’t know it from the media. I’m talking about direct democracy, in which the people can vote directly for laws as well as for representatives. Here are 16 successful citizen ballot initiatives since 2000, including one of the strongest campaign finance laws (Amendment 27), the first voter-approved renewable energy mandate (Initiative 37), the strongest ethics in government law (Amendment 41) and the first legal marijuana (Amendment 64): tinyurl.com/Coloradoinitiatives

Boulder last year pioneered the first ONLINE petitioning for direct democracy in the country, possibly the world. It was only partly successful because the old City administration (see more below) went against unanimous citizen testimony asking them to also allow paper petitions for the same campaign.  So when an unexpected problem arose with legacy “unlisted” phone numbers, people had no “plan B” – as we do by having mail, early and election day voting. The new City administration has just agreed to allow both this year.

Online petitioning removes the obstacle of hiring petitioners to collect thousands of signatures, which on the state level is so expensive that it took billionaire George Soros and his friends to fund the many marijuana legalization initiatives across the country. Even in Boulder, it used to take you and maybe 30 friends months to collect the 3500-ish required signatures yourselves, or at least $10,000 to pay petitioners.

Switzerland, which has more direct democracy than the rest of the world put together, for centuries, simply allows petitions to be left in stores and offices for people to read and sign at leisure. That solves the same problem as online petitions but it requires trust –which has developed between the people and the government of Switzerland over those centuries of people power.

Without the obstacle, the Swiss now usually vote FOUR times a year on a slew of local, regional and national initiatives and referendums, and a fifth time for candidates. They have the most prosperous citizens on Earth, stay out of wars and the place runs like a… Swiss watch.

The old City administration fought to keep online petitioning off the ballot, didn’t inform us of a hearing at which staff intended to substitute an inferior technology, succeeded in delaying implementation from 2020 to 2021, and rejected a very credible free offer (on false pretenses) from a renowned nonprofit of custom open-source software  and instead spent $490,000 on proprietary software with several big problems. The silver lining of this 4-year fight is that we got rid of a dishonest City Manager, City Attorney, and City IT director, who, the old City Attorney told Council on 12/15/20, all left because of this fight. That video is on the 25th slide of this presentation with video, audio, and City documents: tinyurl.com/petitionstory.  Read and weep.

Republican media attack direct democracy with the false “We’re a republic not a democracy“ line (we’ve had a hybrid representative/direct democracy in about half the states for over a century.) Democratic media focus on the few problem initiatives –which would get fixed quicker if ballot access was easier! So It’s no wonder that Americans haven’t noticed that states with direct democracy have been solving persistent problems caused by representatives, most notably the war on drugs, low minimum wages, and gerrymandering.

With online petitioning bridging that gap, we expect the pandemic to end, the sun to come out, the birds to sing and government of, by, and for the people not to perish from this Earth.

Help us spread online petitioning and direct democracy. Please join our Facebook group Strengthen Direct Democracy, and email the governor at jared@jaredpolis.com, asking him to get online petitioning on the Colorado ballot ASAP! And if you ever thought, “There oughta be a law…” or, “We should spend tax money on…,” now is your chance to get your thoughtful proposals on the Boulder ballot!

Evan was voted Best Activist by Daily Camera readers in 1992, for spearheading four new types of permits on the Pearl Street Mall, where he was a tightrope artist, getting the 13th Street “contraflow” Bike Path built downtown and promoting direct democracy. His petition got City Council to legalize electric bikes on our paths in 2013.