BoCo Coffee Culture: More Than What’s in Your Cup | Foodie 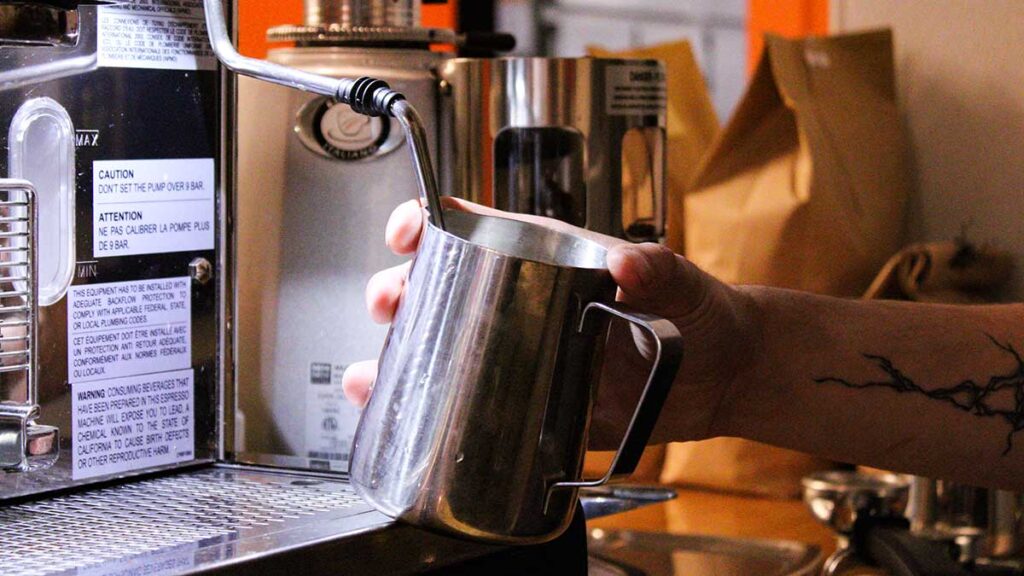 The community focus, social conscience, and business acumen that has created the foundation of Boulder County’s coffee scene for years amounts to more than what’s in your mug. After getting between the grinds with those behind roasters and coffee counters, we’ve gotten a better sense of things. Maybe it’s the caffeine talking, but after our tour, we’ve got a better sense that going forward coffee and community gatherings have a long, healthy future.

First, we talked to Justin Hartman, founder of Boulder-behemout Ozo Coffee Company. He fell in love with the coffee scene in the 90s, in part because of the community around the shops. Now there are national recognitions, five Ozo cafes, a coffee bean distribution network, and a lab and coffee education center that’s certified by the Specialty Coffee Association of America.

“Things have changed quite a bit in 15 years,” said Hartman, “when we first started, people were making coffee but they weren’t paying a ton of attention to it. We bring more of a quality and try to tell the story of the coffee, the roasting, and the relationship with our farmers. And we’ve wanted to create a cultural gathering space for people.”

Another one of our stops was a Friday afternoon visit with Mike Murfitt of Traction Roasters in Longmont. He and partner Shawn Neer are former world-class professional bike riders, but his coffee experience includes time at the helm of Oskar Blues’ HotBox roasters. In fact, early in my visit he showed me a photo of Dales Katechis’ pink Camaro that he jumped a bike over in the office parking lot.

Murfitt also talked about bean sourcing from small locally-owned growers in South America and supporting evolving businesses here.  As a roaster, he said he looks to foster community and area coffee culture through partnerships with other companies and educating Traction’s customers, including restaurants.

We didn’t stay away from smaller, stand-alone cafes as part of our local caffeine and community tour and we loved what we saw as we ventured out. This included Precision Pours Coffee and Bakery in Louisville.

While weighing the beans and then doing a pour-over coffee, owner Brice Young talked about why he finds himself behind the counter each day. “Some of the coffee shops were very welcoming to me when I started. I knew I was obsessed with it but I became passionate. Now, I want to build the a.m. version of what people find in bars.

Young made it a point to mention that his shop doesn’t have Wi-Fi. It’s a carryover from when he operated out of a four-seat trailer and he said that it fosters conversations, crediting friendships and human connections to the fact that there’s no Wi-Fi connection. That was something we saw firsthand. When doors officially opened at 8 a.m. to a near-instant line, everyone waiting seemed to know each other and Brice. 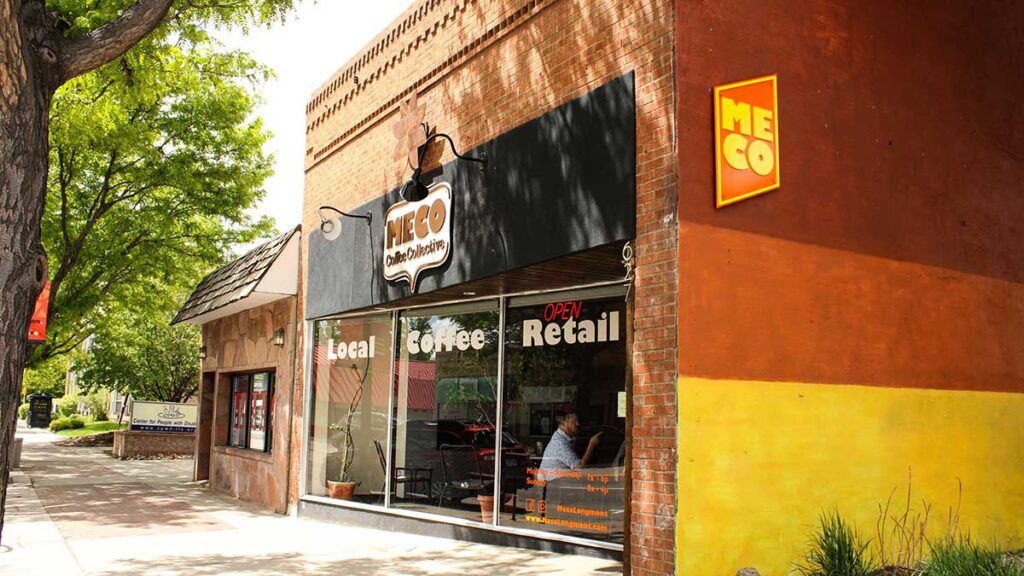 MeCo Coffee Collective in Longmont was equally about community but in a very different way. Their shop is a hyper-local, in-person Etsy-like boutique and work-away-from-home space. There are plenty of options for snacks, including gluten-free options they were especially proud of. Co-owner Shane Stinn was friendly; we talked about everything from past coffee jobs to what it’s like to drive in New Jersey, to the family friend who made the artwork on the walls. He didn’t hesitate to share books for me to bring home for this article.

He and co-owner Isaac Olson talked about supporting the area through building a community. They agree that their vision of success is getting people together and getting local vendors in front of customers. Stinn elaborated, “We want to be that first shop for all the small people to help them grow. So we can help them grow out of their location and into bigger and better things.” 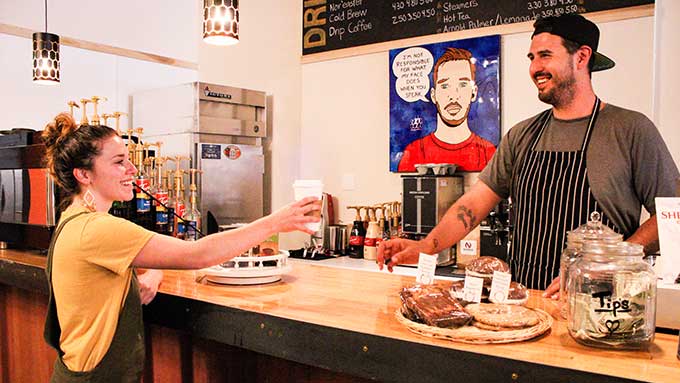 After all, visits were finished, thoughts returned to things Murfitt at Traction had said. He mentioned that there was a time in brewing when everyone was wanting to protect their own sale areas.  Eventually, that changed and now people talk about how friendly brewers are with each other.

The possibility of similar collaborative coffee roasts and blends, benefit brews, and even ingredient sharing seemed to inspire Murfitt. “I think one of the things that would help is more roaster-to-roaster collaboration. That’s something we’re trying to pioneer,” he said.

It stuck with us, too. If that’s possible, perhaps coffee can increase its buzz and along with that, its support for the community. 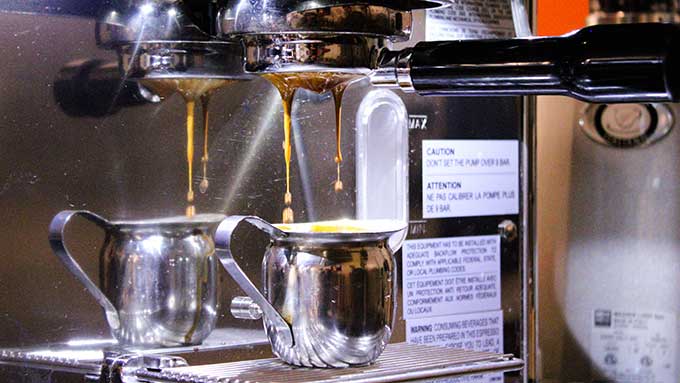