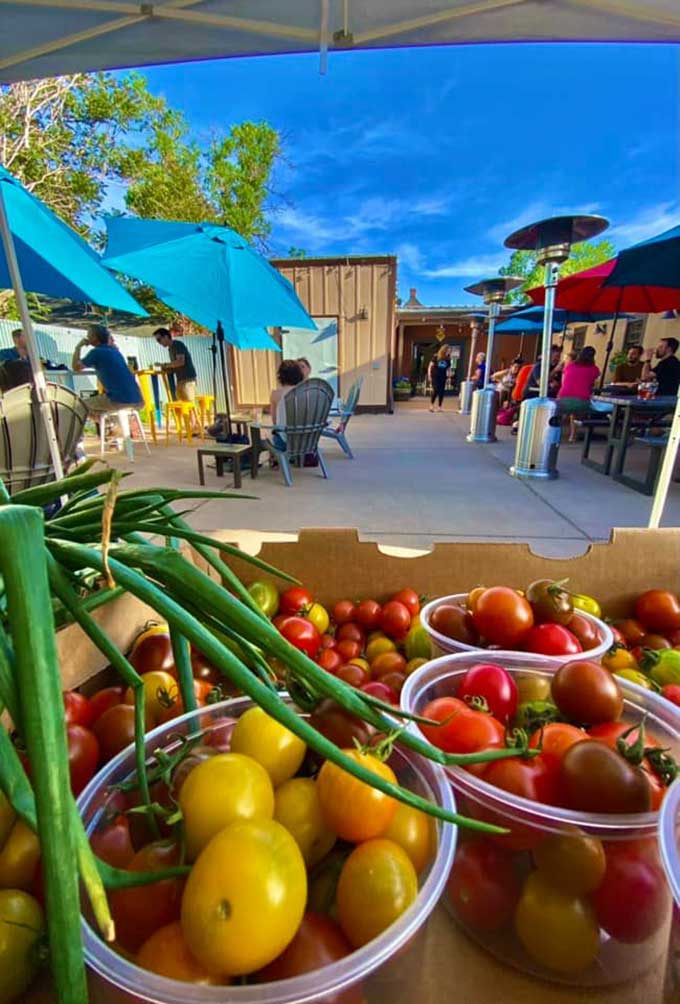 His response was succinct, but not unexpected. Project 95 is a local program designed to demonstrate what more sustainable, eco-friendly farming practices can do for the planet. It’s about rebuilding the terrain into farmland that  puts nutrients back into the soil. It inherently pushes back against climate change and supports the environment. It grows food with more nutrients.

“One of the things Project 95 is doing is taking a holistic approach of using many techniques, over years and on a couple of different Boulder County Open Space land parcels,” said farmer and Ollin Farms co-founder Mark Guttridge.

Guttridge was inspired to take on the project after seeing the devastation on Left Hand Creek after the 2013 floods. He wondered what he could do to help the land recover. At that time, volunteers helped him rehabilitate the land near him and he was amazed how quickly bird species and other signs of life came back.

Now, Guttridge has spaces including the Peck Open Space Parcel and works with National Resource Conservation Service (NRCS)  to develop a 3-year conservation plan on the property. There’s a second 135-acre, once weed-filled parcel that had degraded soil which NRCS has also supported.

Taking a look through Project 95-focused posts on the Ollin Farms social media page paints a picture of exactly what’s happening. A post from early June shows big, beautiful wine cap mushrooms initially provided by Boulder Mushroom. They’re established so that they can help break down the wood chips purposely left nearby and turn the terrain into rich, fertile soil. Ollin Farms harvests some and leaves others to propagate. 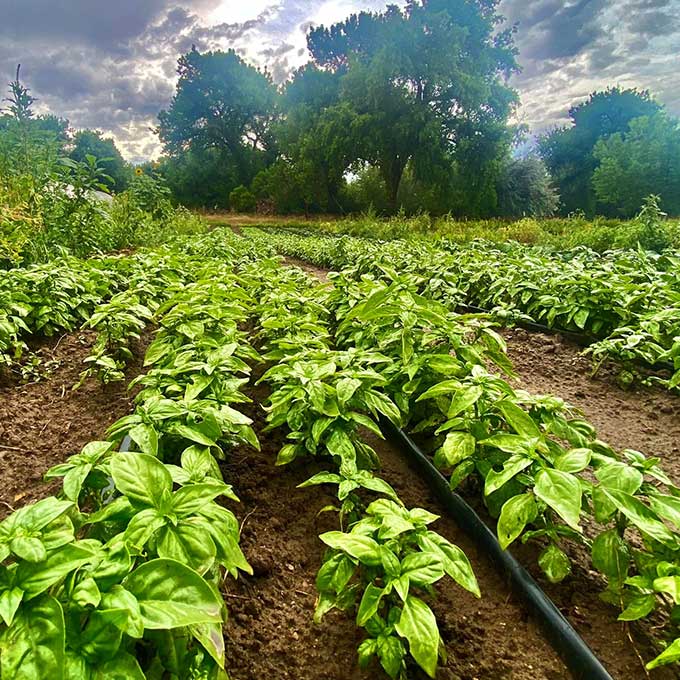 A post about a month later shows a fully blooming hairy vetch cover crop, out competing weeds and feeding pollinators. It also shows tractors, labor-focused volunteers and the financial supporters that make the project possible.

Guttridge talks about how he’s trying to add as many perennial crops as possible, minimizing soil disturbance. He explained, “We’ve built windbreaks within fields using gooseberries, currants, plums and chokecherry. They provide food or medicine but also protect the soil, increase crop production and provide food.”

Another top-tier technique that helps develop the land includes planting cover crops which allow photosynthesis to happen as much during the year as possible and mirrors what happens in the wild. “Nature hates bare dirt,” Guttridge said, “that’s why weeds grow so easily.”

A third technique is the rotational grazing of animals, it’s an alternative to feedlots and, if they’re managed carefully, it’s an efficient way to enrich the soil. It takes work to rotate cattle regularly, but animals are treated more kindly and can taste richer on the table.

The results of this effort can be seen on the land itself as soils grow richer and plants become more lush. It can also be seen on tables from area chefs. Paul C. Reilly, Executive Chef and Co-owner of Denver’s Coperta has known about and supports what Ollin is doing. They’re such fans that they cooked at Project 95’s fundraiser last year.

“Mark Guttridge was the first person I ever heard use the term ‘nutrient dense’ to describe soil. It’s a term that I think will become very important in the near future. Mark and Kena [Ollin’s co-owner and Guttridge’s wife] care for the soil as a shepherd does their flock. They have unabashed patience and attention. 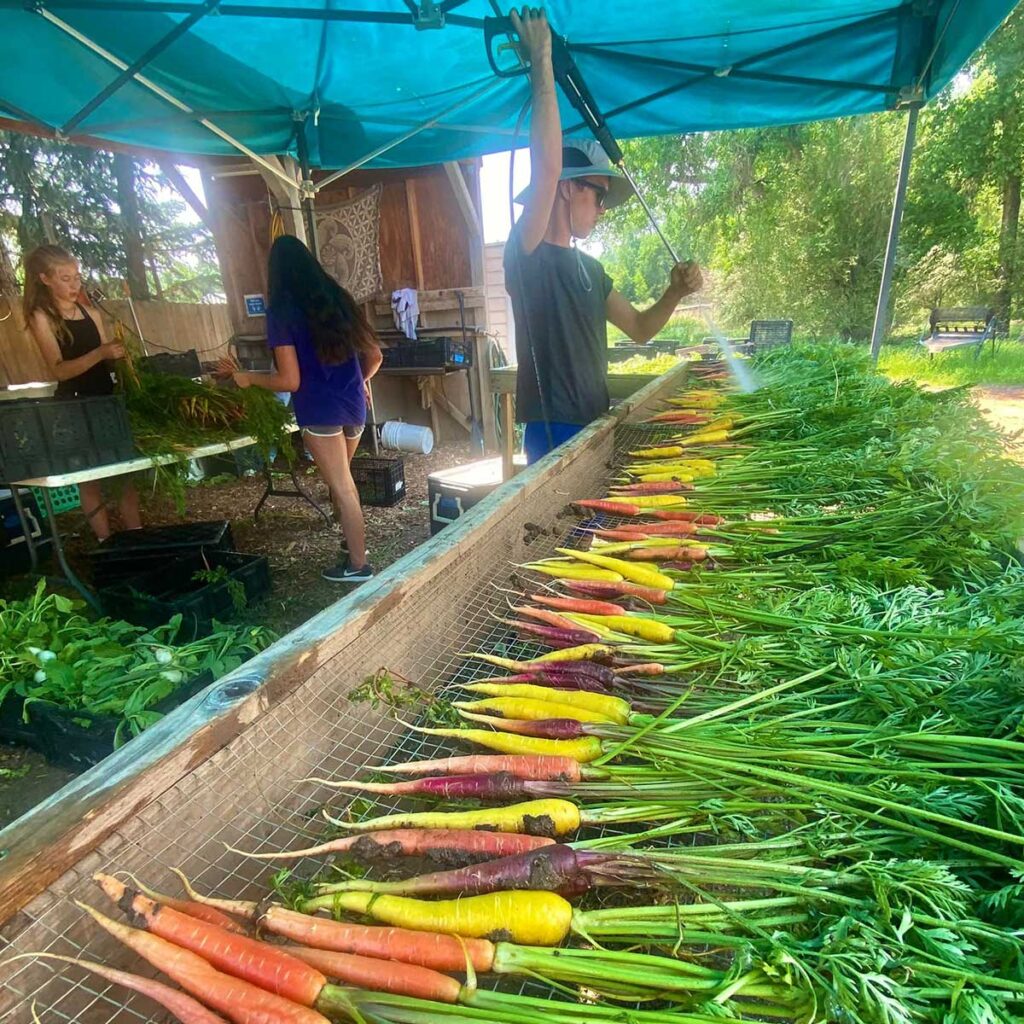 Though restaurants and farmers are excited, there’s another element to the practice – the cost. “Farmer’s aren’t doing it because there’s not a great economic incentive to do it. Our subsidies, insurance programs and financial agriculture supports are for traditional, mono-crop productions,” said Guttridge.

With that in mind, Guttridge is hoping not only to show how the land can look different but how funding supports can be restructured. This includes grants and agreements, working with volunteers for labor and partnering with NRCS as needed.

Naturally, he’s also open to donations and volunteer support. Anyone interested can learn more on the project’s web page.