Online Petitions make Government BY the People Work for ALL!

Community Corner is contributions from the local community. These are different than Op-Ed’s as our citizen writers are required to present their information based in fact more than just their opinion.

(The Denver Post has refused to print the below pro-direct democracy editorial, which includes details on how they also refused in 2020 to print a related one, and instead printed an editorial by a lawyer for oil and gas, which has spent many millions fighting attempts to limit drilling using direct democracy. No fairness or balance here!)

The Denver Post article “Facing deadline, activists push for teacher pay but wonder if volunteers can still shape Colorado’s ballot” (https://www.denverpost.com/2022/08/06/colorado-ballot-iniatitives-petition-deadline-2022/) details the inequity of Colorado’s ballot initiative petition process: “It’s a time-consuming process and potentially very expensive if a group chooses — and can afford — to hire petition gatherers,” sometimes for over $2 million.

Voters solved this problem in Boulder in 2018 by voting 71-29% to amend our City Charter to allow online petitions for direct democracy, the first in the country, though Arizona has used online petitioning to get candidates on the ballot since 2012. I led the effort as a member of a City elections working group. Boulder’s system was used successfully in 2021. Taipei, Taiwan has followed suit. Italy and New Jersey allowed it during the pandemic.

Direct democracy started in Colorado in 1912, and recently gave us things like Amendment 27, one of the country’s strictest Campaign Finance laws, Initiative 37, the country’s first voter-approved renewable energy mandate for utilities, Amendment 41, the country’s strongest ethics in government law and Amendment 64, the country’s first legal marijuana and hemp. I’ve put a list of 16 important successful initiatives in our last 10 election cycles at: tinyurl.com/ColoradoInitiatives, with links to details on each. The 24 states with ballot initiatives get higher voter turnout, more productive legislatures and even happier citizens: https://www.usnews.com/news/articles/2016-01-25/direct-democracy-may-be-key-to-a-happier-american-democracy

In addition to saving cost and time spent gathering signatures on paper, online petitioning serves shut-ins, distant rural residents, out-of-state travelers, the quarantined, etc., who can’t sign in person. It solves the problem of having to “overshoot” by getting thousands of extra signatures in case of incorrect addresses, etc., which the online system prevents in real-time. It makes things much easier for signers, petitioners and governments. Scroll down to see other advantages at: https://www.change.org/p/boulder-city-council-allow-online-petitioning-for-ballot-initiatives/u/23135902

We can see how online petitioning will affect politics by looking at Switzerland, which has more direct democracy than the rest of the world put together. There, petitions are just left in offices and stores for people to read and sign at leisure, and paid petitioners are rare. The result after centuries are enough local, regional and even national initiatives and referenda that four elections are usually needed for them each year, plus a fifth for candidate elections. A report by Credit Suisse in 2020 found Switzerland had the highest wealth per adult in the world. Switzerland stays out of wars. People are proud of their government because it is truly theirs. Things run like a…Swiss watch.

Back in 2020 I submitted a column promoting online petitioning and the Post instead printed an anti-direct democracy piece by Post columnist David Friednash, a partner in Brownstein, Hyatt, Farber and Shreck, which does public relations for oil and gas, from Colorado to Saudi Arabia. (https://www.denverpost.com/2020/04/10/friednash-collecting-signatures-during-a-pandemic-may-be-impossible-and-that-might-not-be-so-bad/) He listed old problems with direct democracy, but didn’t mention new ones that oil and gas pioneered in 2018 to fight Initiative 97/112, which would have kept drilling 2500 feet from people and waterways: They hired harassers to surround petitioners and try to stop people from signing. They paid professional petitioners to stop collecting. They paid to have petitions hijacked and taken out of state. Online petitions will solve these new problems as well.

The best-known recent success of direct democracy has been legalizing marijuana and hemp in the first 9 states to do so, and in 13 of the 18 that legalized so far, with only 5 state legislatures playing catch-up, eager for tax money. But this effort using paper petitions has taken almost $100 million dollars so far, financed by billionaires led by George Soros, much of that to hire petitioners. Why should democracy wait for them? The US was founded on the idea that people can govern themselves. Let’s clear away this artificial obstacle. If the legislature won’t put online petitions on the ballot, we should petition the old way one last time and do it ourselves. 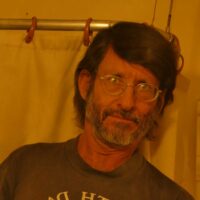 Evan was voted Best Activist by Boulder Daily Camera readers in 1992, for spearheading four new types of permits on the Pearl Street Mall, where he was a tightrope artist, getting the 13th Street Bike Path built downtown and promoting direct democracy. His petition got City Council to legalize electric bikes on our paths in 2013.