Blood on Their Hands 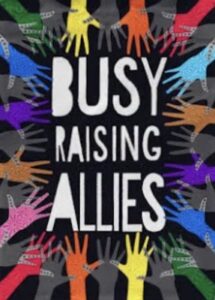 It was well past midnight. I awoke with a start as a silhouette appeared in my dorm room doorway.  My heart pounded as a person approached, knelt at my bed and whispered, “Help me.”

The person was a blond, carefree college senior whom I had befriended at several parties.  We were drawn together by a shared interest in jazz and poetry – at a time when most of our peers thought Gerry and the Pacemakers were revolutionary. He was, it seemed, the coolest cat on campus and I was flattered that he paid attention to me.

At the end of the 3rd or 4th of those mid-night visits, throughout which he drunkenly rambled about all manner of things, he flashed a razor blade and mumbled something about ending it all. He then sobbed, told me he was “queer,” and held the blade to his wrist. I talked him down in soothing tones, my pulse racing out of control. Later, in sober daylight, he apologized and promised to leave me alone, recognizing accurately that my shoulders were not mature enough to carry this burden.  We never talked again, although I sensed he was glad that I didn’t shun or out him.  His secret stayed with me and on his graduation he wrote me a painfully poignant note, thanking me for being there for him – thanks I did not deserve, as it was only fear that kept me from fleeing.

10 or 15 years later I received the sad news that his dorm room intention was finally fulfilled, shortly after he had been “outed” at the boarding school where he taught.

These memories from so many years ago leap into my consciousness each time as I read of suicides by gay and lesbian students like Tyler Clementi, who jumped off the George Washington Bridge some years ago after being streamed live having intimacy with another young man in his dorm room.

It is necessary but insufficient to confront anti-gay bullies in and out of schools. Bullying is inexcusable in any sense, but can be lethal when the bullies are able to expose the most vulnerable nerves in their gay and lesbian peers.

For a time, things seemed to be getting better. Civil unions gave some rights to same sex couples and, eventually, same-sex marriage became the law of the land. Now, a reprehensible political and cultural climate is re-creating circumstances that can make life unbearable for LGBTQ+ folks. The so-called “Don’t Say Gay” laws in Florida and other states are intended to humiliate- and encourage humiliation of – gay and trans youth. The very existence of these children is to be erased from classrooms and curricula under the penalty of law. The vicious attacks, political and literal, on trans kids and adults are utterly disgusting.

I am privileged to have observed the gradual transition of several former students who have found the courage, integrity and wisdom to fully realize their own identity. They have exhibited strength of character beyond what most of us have ever needed to draw on. The idea that something is “wrong” with them makes my blood boil. My rage at pompous, sanctimonious blowhards like Ron DeSantis is nearly uncontrollable. He and others engage in cruelty as political sport.

My middle school granddaughter has several good friends who identify as trans. The other day we had a thoroughly charming and utterly sincere conversation with our 7 year-old grandson about the various ways gay couples or trans folks can become parents.  They are both infinitely wiser and more thoughtful than the Republican legislators who legislate bigotry and hatred as they pander to the most vile elements in society.

Because of this renewed campaign against difference more children will die. While this is not, strictly speaking, a partisan issue, the fuel for these funeral pyres comes most viciously from blowhards on the right.

These poisonous scumbags lean hypocritically on hollow pillars of faith, virtue, patriotism and integrity, The late Rush Limbaugh, for example, flamed his way through 3 marriages, took advantage of a plea agreement to avoid imprisonment for illegal acquisition of addictive drugs and was detained by U.S. Customs officials for possession of ill-gotten Viagra in his luggage. A rightwing pinnacle of virtue.

Florida Congressman/sex-trafficker Matt Gaetz worries about sex education in schools but apparently doesn’t shy away from personally teaching sex to a 17 year-old girl. Newt Gingrich, a paragon of sanctimony, is working on his third marriage. He allegedly negotiated divorce with one “ex”when she was hospitalized and groggy from cancer meds, and proposed an “open”marriage to another.

For the record, I’m male, white and straight.  I don’t state this because of any need to establish my gender and sexuality bona fides, but because too few of us seem willing to be outspoken allies.

When desperate teenagers hang themselves or jump off bridges, the powerful men and women who preach against homosexuality and gender dysphoria will have blood on their hands – as will anyone who votes for them.