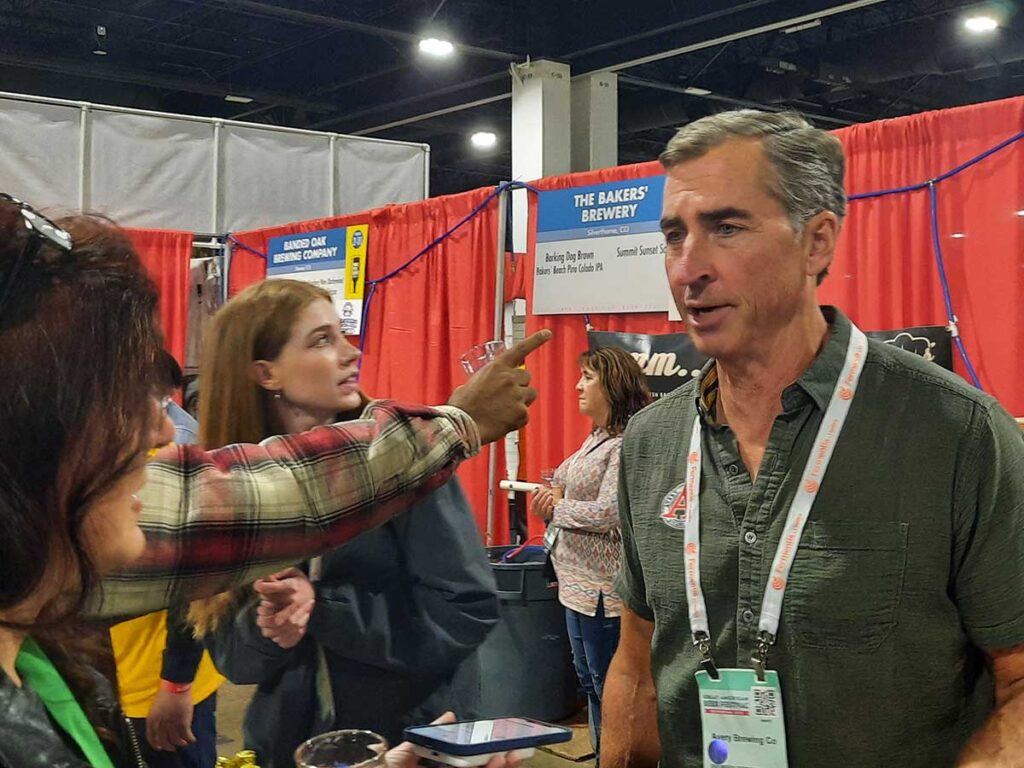 The Friday session for the Great American Beer Festival’s 40th anniversary wasn’t blessed by the crisp fall weather the festival often enjoys. Instead it was gray, damp, and a little chilly. In other words, perfect weather for a festival-appropriate warm flannel and malty beer.

I headed to the Colorado Convention Center to pick up my press pass wondering how GABF’s return after a two-year hiatus due to COVID would be.

There were some clear changes when compared to a few years ago, though overall it was still the event I’d grown to love. The Boulder County brewers I talked to were glad to be back and, as we started to walk through the rows of booths and beer drinkers, we found ourselves talking with Eric Briggs, co-founder of Lafayette’s Liquid Mechanics Brewing Co. Between pours of Key Lime Gose, he shared his thoughts: “An absolutely awesome event. It’s weird, different to be here.” He added, “So much about downtown has changed. Falling Rock isn’t here. Freshcraft isn’t here anymore. But it’s still great to be back and incredible to see everyone here.”

As we walked further into the hall, we took note of what was the same as years past and what had changed. The first thing we noticed were fewer stalls and ample amounts of floor space, likely due to the fact that recent construction at the convention center resulted in 25% less floor space. There were still more than 500 brewery booths, a handful of food trucks, and live entertainment that went beyond the well-known silent disco.

We also noticed more costumes, including our favorite, a sparkly Elton John-Dodgers baseball player, and the festival’s ever-present bagpipers. We were also glad to see glasses rather than plastic cups had returned. There were three types: one for general guests, one for brewers and media, and one for PAIRED® attendees, an option that allows the guest to experience beer and food pairings. 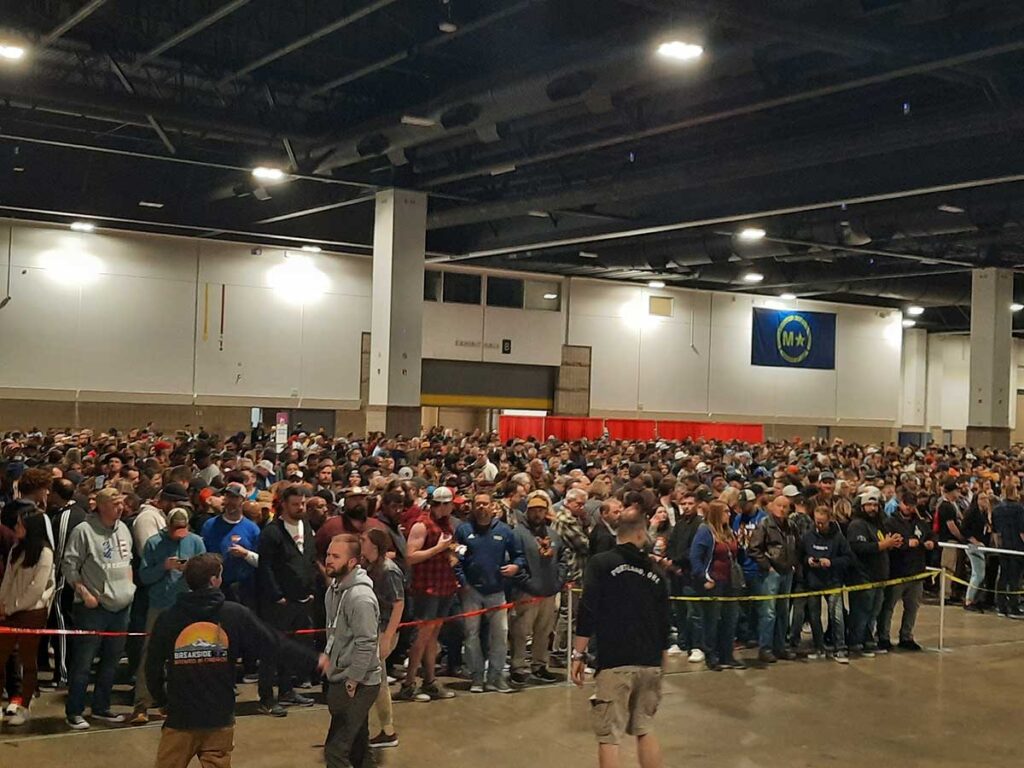 Paired sessions felt different to us this year as well. It felt more crowded, with lines that moved faster but were longer than what we recalled from years past. We loved each of the pairings we tried and thought particularly highly of Wibby Brewing’s pairing of Jack’s on the Rocks, a Rauch Märzen Steinbier lager created with Jack’s Abby Brewing, with duck fat, mushroom, and chicken salt popcorn.

We were excited to see Boulder County chefs here, including Kelly Whitaker and Mara King of Basta and Dry Storage, who coordinated the Wibby pairing. As part of this, they added an equally delicious pairing of kimchi watermelon with Wibby’s Home Team pilsner. In another part of the room, Daniel Asher of River and Woods and Ash’Kara coordinated with Oregon’s Deschutes Brewing, pairing a Middle Eastern “crunch” taco with Deschutes’ imperial stout and a raspberry quad with chevre tartlets.

We returned to the beer hall to stop by some local brewers at their booths. We saw that Howdy, once just a fun name for a delicious pilsner, has become its own brand with its own GABF booth since being bought by the folks at Stem Ciders. Niwot’s Fritz Family Brewers was also pouring their well-loved standards. Across the hall, Robin Wibby, co-owner of Wibby Brewing poured for fans, handing out blowup pink flamingos to enthusiastic beer drinkers happy to have anything crazy.

At one point, we found ourselves on the receiving end of a Rumpkin pour from Adam Avery, namesake of the nearly three decades-old Avery Brewing, who talked to us while pouring Rumpkin into our glass. He was as enthusiastic as anyone else in the hall. “It’s f***ing great. I love the energy. I love the people,” he said. “After the years of it not happening, everyone seems generally happy to be here and enjoy great craft beer.”

Of all the people we spoke with, he was the most likely to have attended more GABFs than anyone else. We asked how this one compared to the first. “Funny thing is, I can’t remember.” he said with a sly grin. “Must have been fun.”

Through the years, it’s perhaps the parts of the experience that haven’t changed that keep us coming back. Craft beer, friends, costumes, pretzel necklaces, and fun — whether it’s entirely remembered or not.