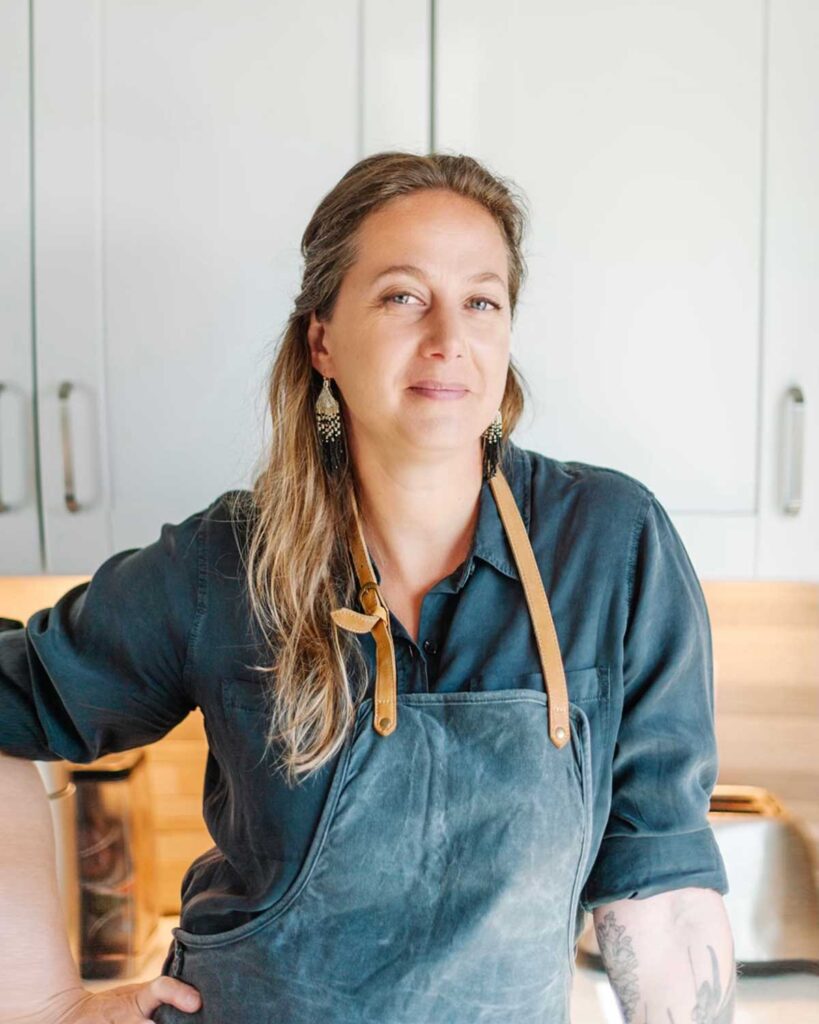 I arrived at my appointment with Copenhagen-born Chef Andrea Uzarowski at Süti & Co. later than I wanted but with good reason: I was sidetracked by the rare sight of a juvenile bobcat just off Highway 52 in Niwot. I wondered why this wild and ultimately docile cat was in my path that day. After some thought, I realized it was a gift to take a moment to pause and connect with nature, and, as such, was the perfect lead-in to my interview.

Uzarowski spoke to me at length about following her instinct to create the life she wanted. As of last month, this dream now includes her bakery and shop just off Pearl Street in Boulder where she and I talked. It’s a place where customers can enjoy good food and appreciate a moment or pause with something sweet and a cup of tea.

I was treated to a plate of four shortbread biscuits including a lemon zest shortbread with a raspberry jam and a chai spice cookie with chocolate ganache. I had them with plain, milk-less chai from Rosebud Apothecary. The spice and sweetness blended together and paired with the warmth of the tea to delight my tastebuds. It made me feel safe and cared for. 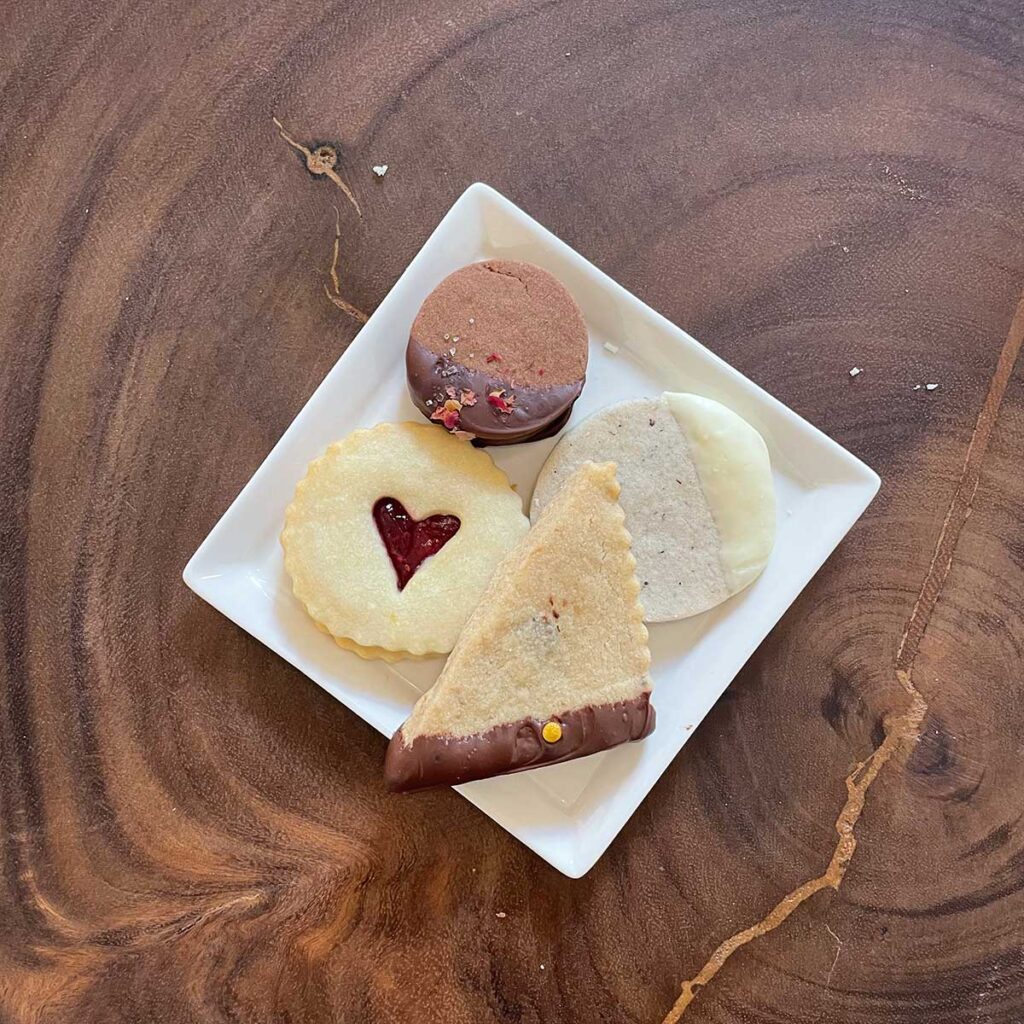 As I ate, Uzarowski told me about the philosophy behind her creations and the Süti & Co. experience. “My grandmother let me bake with her, and she reminded me to calm down when you’re baking, that the dough would feel when I was upset,” she explained. “That’s true. I’ve made batches of shortbread cookies when I was tired, and it spread. You have to slow your mind down and give it the love and attention you deserve.”

Uzarowski continued, “Whenever I create something, I take the time to do the extra steps. And baking calms me down. I get into this dance in the kitchen, and nothing else matters. It’s literally my happiest place.”

She confesses that her dream location almost didn’t come to fruition. The shop almost made its home in Lafayette, but something about that particular location didn’t feel right. “I was so frustrated, and I thought, ‘There has to be something else. Has to be.’ I got online, and this building popped up right away.”

When she first saw the building, she described it as ugly, small, and red. But she soon saw the character, called immediately to view it, and signed the lease two weeks later. Now it’s hard to believe things almost didn’t work out as they did. “The room was cozy but not overstuffed, comfortable plain chairs, and behind me were shelves of beautiful gifts, three of which I took home with me.”

Uzarowski’s career was also a matter of honing into who she was and what she wanted out of life. After moving from Copenhagen and earning a master’s degree in finance, she found herself working at Goldman Sachs in New York City. But she realized it wasn’t what she wanted. Connecting with her deep love of food, she pivoted to training at the Culinary Institute of America and a career in fine dining. 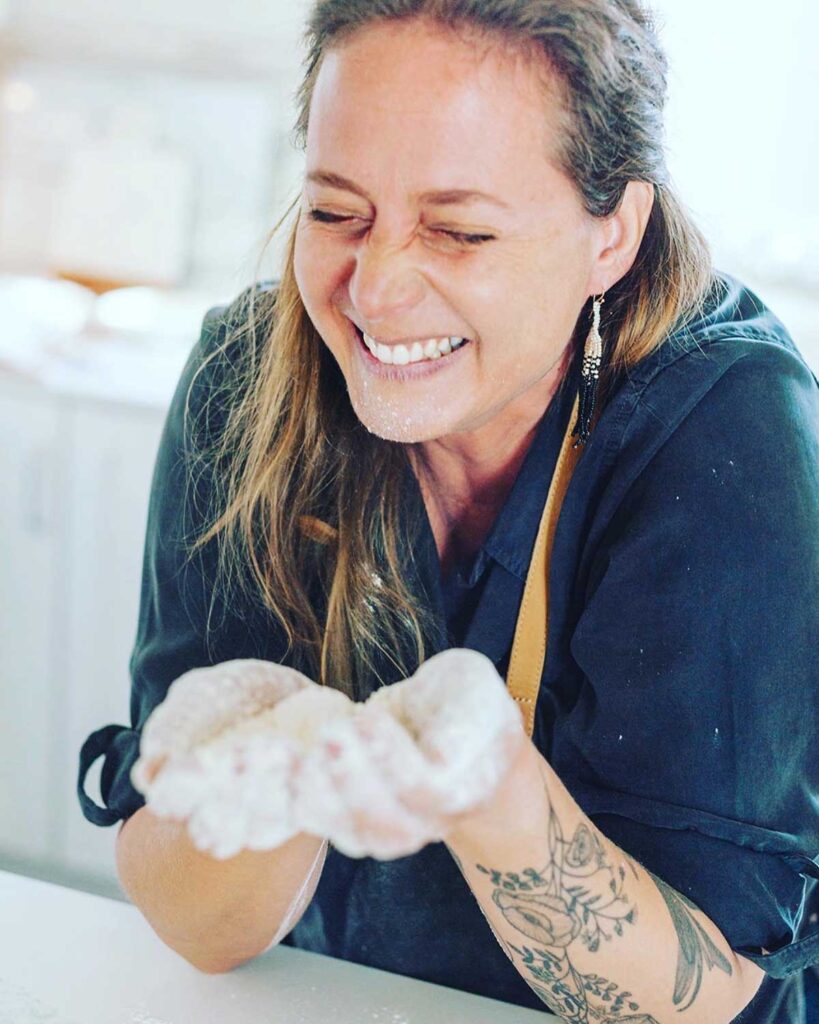 She has worked under some of the best chefs in the world and counts two of them in particular as her mentors. These are fellow Dane and Chef René Redzepi of Noma and self-taught Slavic chef Ana Roš of Hiša Franco. Ultimately, her ex-husband’s career took her to Boulder where she raised her children and then, when they were grown, leaned into her dreams. For the past several years, she’s worked in food service for larger institutions, developed an Instagram following (@sutiandco and @freshfoodfurther) which led to her being sought out by the Food Network where she competed on Supermarket Stakeout under another of her idols, Chef Alex Guarnaschelli.

But beyond the possibilities of television, and no matter what happens in her future, Uzarowski can say that she’s created a place that protects a sense of peace and satisfaction and shares it with others. “This place is about comfort and safety. When people come to work here, we all make a pact. All the bad energy, the bad juju, we ask them to let it go while they’re here. No one is allowed to bring it in.”

And with this philosophy and practice, in the end, Süti & Co. embodies the Danish concept hygge: comfort, coziness, shelter, and more.

“Everything is as it was meant to be. I am in love,” she said, sitting back with a smile.