The Heroes: Stages of Boulder County 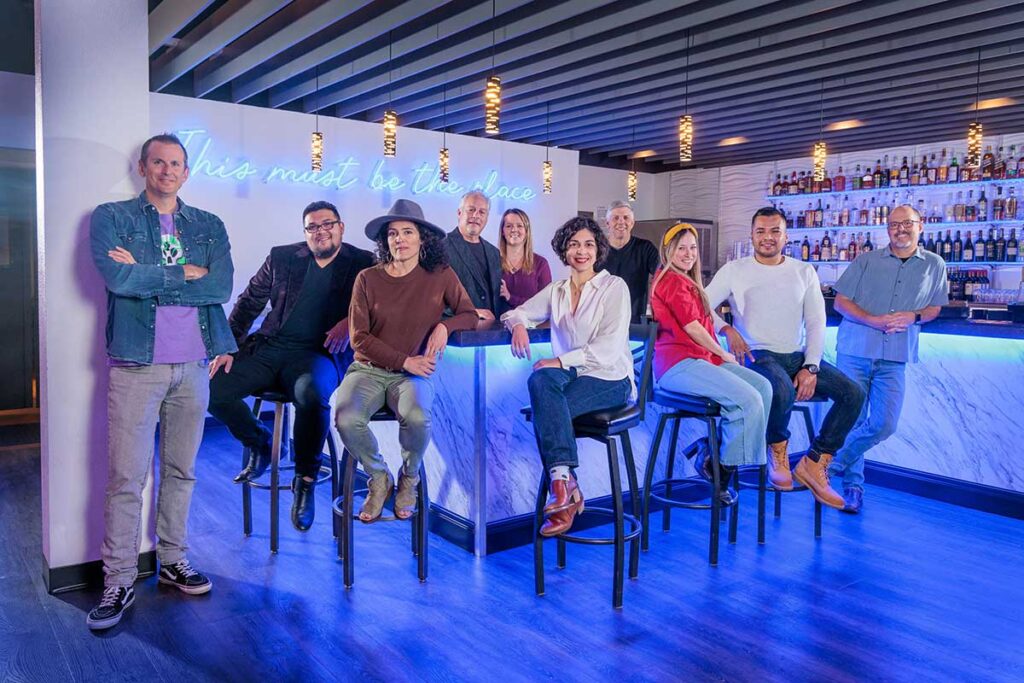 Keeping performance and music alive in our communities

As we continue our Heroes series, we turn this month to our stages. These rooms are sacred places, the places we go to get lost in a crowd, to share a story, to learn and love and dance and cry. These are rooms bathed in cool light, filled with exalted souls, the hearts of strangers intertwined and filled with moments that will never again exist in quite the same way but live on because they were shared. They are the places we spend nights with our friends and lovers. They exist for us, the audience, clapping hands, raised voices, full hearts. No matter how heavy life can get, we have our stages to go to to let the worries of the rest of the world fall away for a few hours so we can breathe and laugh and remember what it is to be weightless. The people that run these venues do so for that reason, because they themselves know the power of performance and how important it is for people to have places to go to get a little lost.

We spoke to 9 representatives from vastly different kinds of venues. Some are solely for music, some for theater and opera, some for comedy, some a mix of it all. While the purposes of these spaces might be quite disparate, each person we spoke with truly believes in the importance of music and performance in their communities.

David Weingarden spoke to this idea quite beautifully. Weingarden is the booking manager for z2 Entertainment, Colorado’s largest independent music promotion company which is responsible for the management of Boulder’s Fox Theater and Boulder Theater as well as Fort Collins’ historic Aggie Theater, among many others. Also a member of the Colorado Independent Venue Association, Weingarden told me, “Art, music and culture, that’s the most important thing to a community. I think that not only because it just makes it different and less homogenized, but it really brings communities together. There’s not much better than hanging out with your friends and going to see live music, especially with a band that you love.” He went on to highlight the importance of venues from an economic perspective, describing a study done in Chicago that found that, for every dollar spent on concert tickets, 12 dollars are given to the community. Before a concert, people tend to get drinks and food. We take Ubers and hire babysitters. This all serves to support the community as a whole.

“Art, music and culture, that’s the most important thing to a community. I think that not only because it just makes it different and less homogenized, but it really brings communities together. There’s not much better than hanging out with your friends and going to see live music, especially with a band that you love.”

Grace Barrett, the communications director for Planet Bluegrass in Lyons, echoed this idea. She told me, “Planet Bluegrass is somewhere that people can come and escape and be their best selves. Philosophically, it is so important for people to have that outlet.” She also spoke about how the venue brings in attention and business for Lyons, feeding the soul of the community while also supporting it financially.

“Planet Bluegrass is somewhere that people can come and escape and be their best selves. Philosophically, it is so important for people to have that outlet.”

This theme of community support recurred throughout all of the conversations I had. Kenny Vasko, who runs the practice and recording studio Dog House Music in Lafayette with his wife, Liz, recently threw the first ever Lafayette Music Festival. This was a massive boon for the town as it took place across 6 different venues and featured local acts, shining a light on the incredible musicians that call Boulder County home. This was the culmination of years of work for the Vaskos. Kenny told me, “I always want to be in the business of making people happy” before telling me how Liz, who has a degree in community development, was the first to truly recognize Dog House’s potential. Kenny told me, “When she first saw Dog House, the first thing she thought was ‘wow, this is a community.’” They then put their efforts into using their business to support their home and the musicians they share it with as much as possible.

“I always want to be in the business of making people happy.”

Boulder’s Roots Music Project is a non-profit that dedicates itself to this idea. Run by musicians and music lovers from Boulder County, Roots is a music incubator that advocates for social justice while providing a platform for local musicians. I spoke with Ian Steele, the sound and stage manager for the organization. A life-long musician himself and a truly cool guy, he told me:

“Our philosophy is to foster and grow the music community in Boulder and the whole Front Range. To do that is to connect fans to artists and music professionals, and venues to clients. We are very lucky to have the family that we do and the connections that we have.”

Motus Theater is another group that combines performance with social issues. I had the opportunity to speak with producing director Rita Valente-Quinn and program director and performer Armando Peniche. Both immigrants and incredibly warm people, they told me about Motus’s mission. Valente-Quinn said, “Our mission is to create original theater, conversation about critical issues of our time, and build alliances across segments of our community and country.” Motus uses monologues to tell the stories of immigrants and the effects of colonialism in America. Peniche discovered Motus by participating in a currently ongoing series titled “UndocuAmerica,” an autobiographical monologue project in which young leaders with DACA status collaborate with Motus’ Artistic Director, Kirsten Wilson, to write and perform their stories. Motus and visual artist Edica Pacha collaborated in a mural project that featured the “UndocuAmerica” monologists in murals put up around Denver and Boulder in the summer of 2022.

“Our mission is to create original theater, conversation about critical issues of our time, and build alliances across segments of our community and country.”

This sense of liberation through performance was another recurring theme in these conversations. Melissa McGowan, executive director of Lafayette’s multimedia space the Arts Hub, described having performance in her blood, saying “[her] family started a summer theater for children” that she worked at as a youth. Since, she’s worked in performance spaces from a young age and has brushed with just about every type of performance there is in her career, including haunted houses and renaissance fairs. McGowan incorporates her extensive experience into the Arts Hub as it is home to dance troupes, community plays, educational shows for kids, and much more.

Faye Lamb, president of the Longmont Theater, and Daniela Acosta, founder of the Boulder Opera Company, also hold performance deep in their souls and have for quite some time. Each of them spoke about their illustrious careers with humility and a kind of reverence. Lamb told me she has “a tremendous passion for the creation of art. I look at these as art. I don’t use the word entertainment, but people need a place to go and then tap their toe or be happy.”

“I look at these as art. I don’t use the word entertainment, but people need a place to go and then tap their toe or be happy.”

Acosta grew up in Spain where she discovered her love of opera but didn’t start performing professionally until moving to New York. She now uses her company to share that love with people who otherwise may not have been exposed to the art form, striving to make it accessible for the curious but not fully sold. She told me:

“I love to tell a story through singing and acting and emceeing and moving people in a way that no other art can do.”

Steve Long, who owns Louisville Underground, and Marc Gitlin, owner of Nissi’s in Lafayette, understand a simple truth about owning venues: they are places for people to go and just have a good time. Louisville Underground features a wide variety of acts. They host comedy nights, open mics, improv, local bands, Halloween silent discos, and much more. Long told me:

“We’re a small intimate venue. How many friendships and connections are made through people attending events?”

Gitlin furthered this sentiment. Nissi’s just moved from it’s previous location to a new one and revamped itself in the process. A big room ready to be filled with music, Nissi’s features local music acts, comedians, as well as speakers and activists that raise money for social causes. Gitlin spoke to me about the need for variety in a more suburban place such as Lafayette, saying:

“I have to be eclectic, because we’re not in an urban area. I reach different demographics that enjoy different things. I noticed venues that were mostly rock bars would be limited to 50 or 60 people. I found early on about a location that you can’t depend on one kind of thing.”

These people keep light alive when things get dark. They provide us joy and inspiration, stories and music, that which defines a person, that shapes character. Give it up for them. 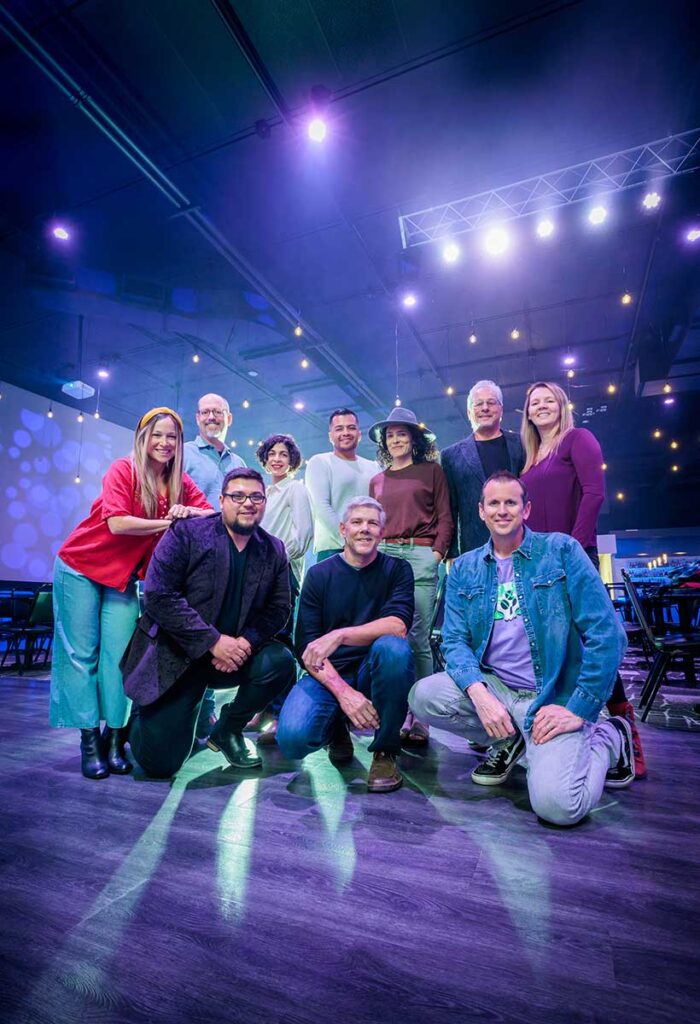