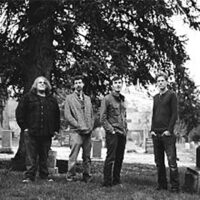 Gasoline Lollipops at the Aggie Theater

“I was conditioned against racism and sexism from the time I was very small,” said Clay Rose, frontman of the Gasoline Lollipops in an interview with YS back in 2019. “The other kids were all sporting Brooks and Dunn t-shirts, along with their confederate flag belt buckles and bumper stickers, and so I kind of associated those things together and I didn’t wanna be a part of that scene. My sister turned me on to the Violent Femmes and TOOL and things like that, but the punk rock thing — West coast punk rock —I loved it from the first time I heard it… It sounded like freedom.” That mindset seeps into the local alt. country-meets-cow-punk act that has become a Colorado darling over the years. Catch them live at the Aggie Theatre, Oct. 21 at 8 p.m. Tickets start at $20, visit AggieTheater.com for more information. 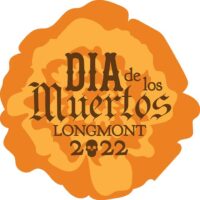 Día de los Muertos, or Day of the Dead, is a day of celebration originating in Mexico to remember those who have passed away and to keep their memories alive. In Longmont, the Día de los Muertos celebration has been a popular event since 2000. This year, the art exhibition running alongside other family events features art and altars made by local community members and neighborhood artists. The exhibition runs through Nov. 7 and admission is free at the Longmont Art Museum, 320 Main Street, Longmont. DowntownLongmont.com or 303.651.8484 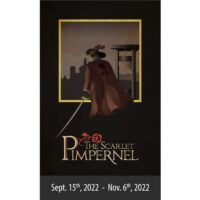 The beloved Baroness Orcy’s novel, The Scarlet Pimpernel, has been adapted into a high-energy, swashbuckling musical adventure all about the French Revolution and the struggle for equality. Described as a “colorful window into 18th century France and British history,” The Scarlet Pimpernel is an exciting and welcome addition to any stage. Candlelight Dinner Theatre presents this show through Nov. 6. As always, ticket prices include a delectable dinner brought to your table by one of the performers in the show. Tickets range from $35 to $72.50 at ColoradoCandlelight.com or 970.744.3747. 4747 Marketplace Drive, Johnstown. 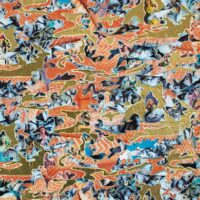 The Boulder Museum of Contemporary Art consistently offers the most compelling and fascinating visual arts exhibits, and right now you can still catch Marcella Marsella: Aqueous Bodies through Nov. 13. The exhibition features a variety of mediums, including fabric art, paint and paper collage, and explores trauma and healing. The artist’s hope is “that the contrast of the lighter colors with darker colors will make the journey through the (exhibition) relaxing and easy, yet exciting.” Marcella Marsella lives in Boulder but also makes her home in Pennsylvania and the U.S. Virgin Islands, which inspires a diversity of perspectives that show up in her work. Admission is just $2 at 1750 13th Street, Boulder. 303.443.2122 or bmoca.org. 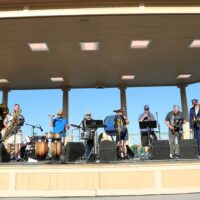 While the Second-line-styled Brass Band movement has picked up steam in the last several years, there’s tremendous diversity in the acts that call Colorado home. One of the most popular is the Tivoli Club Brass Band, who formed back in 2017, and have become a beloved mainstay on the Front Range, delivering cleverly arranged takes on popular music spanning the last 100 years, from Queen to Taylor Swift to Garth Brooks to Ed Sheeran to Tina Turner. It’s a high-energy, danceable set, and with the killer sound at Dazzle in Denver, sure to be an unforgettable performance. Doors open at 5:30 p.m. for the 6:30 p.m. performance, tickets start at $10 at DazzleJazz.com.

While the news of BDT Stage’s upcoming departure (the land has been sold) the popular Boulder theater is resuming normal business and continuing productions through the end of their current season. So, you still have time to catch their production of Buddy: The Buddy Holly Story, playing through Jan 28, 2023. Buddy tells the true story of Buddy Holly, and includes such musical favorites as Peggy Sue, That’ll Be the Day, and Not Fade Away. Tickets range from $70 to $75 and include dinner. At BDT Stage, 5501 Arapahoe Ave, Boulder. 303.449.6000.