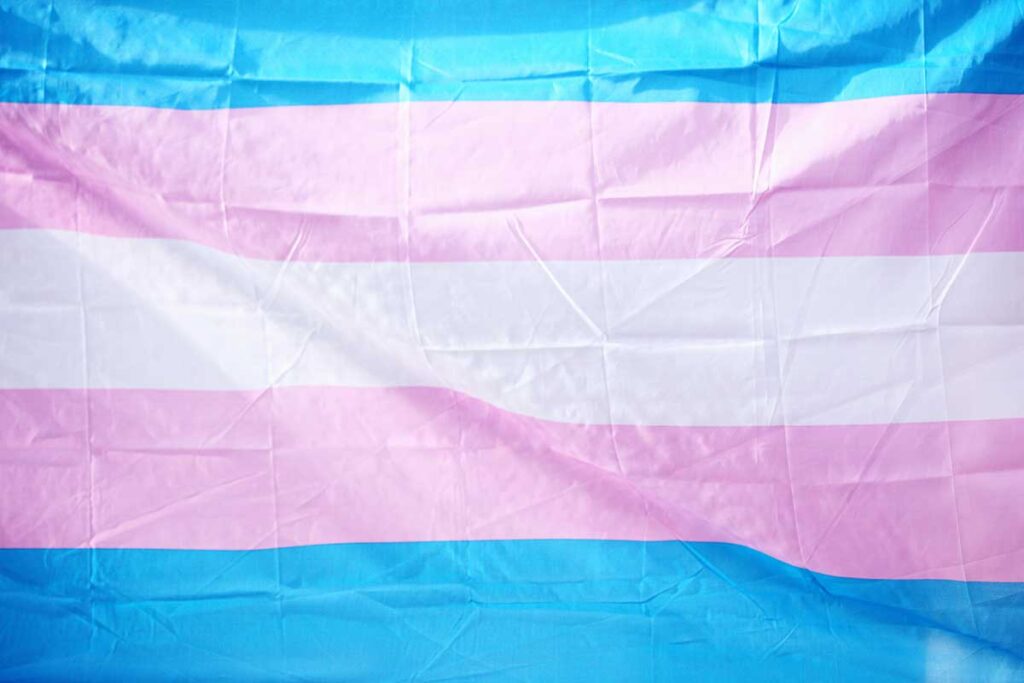 The messages come from the political nonprofit America First Legal Foundation, which is led by Stephen Miller, who served as a key aide to Trump, namely on immigration issues. Because it’s a nonprofit, the organization does not have to reveal its donors and so The Colorado Sun refers to it as a dark-money group.

The mailers falsely claim that Democratic President Joe Biden and his liberal allies “are pushing radical and irreversible gender experiments on children” like blocking puberty and removing genitalia.

The mailers also feature a photo of Rachel Levine, an assistant secretary at the U.S. Department Health and Human Services, a Biden appointee who is the first transgender person to hold a federal office requiring U.S. Senate confirmation.

“It’s outrageous,” Colorado Democratic Party Chairwoman Morgan Carroll said. “They’re just outright lying and preying on people’s fears. I think it is disgusting that they have so little regard for the facts and for voters that they would make up such a piece.”

“It’s despicable that they are sending this to Latino voters,” he said. “We denounce this type of language and hate.”

The mailer reviewed by The Sun was sent to a Latino voter in Denver, which is predominantly Democratic. Because America First Legal is a nonprofit, it doesn’t have to report how and where it is spending its money, so it’s unclear how many voters received the mailer and where.

Both political parties and outside groups are working to engage Latino voters, who make up nearly 39% of the population in the 8th District. The district spans from the northeast Denver suburbs into Greeley. For example, Americans for Prosperity and one of its affiliates, Libre Action, have spent more than $707,000 on canvassing, mailings, digital and other advertising in support of Kirkmeyer.

Israel Ortega, who is coordinating those efforts for Libre Action, said his organization is “not engaged on the issues being addressed in these mailers.” The group instead focuses primarily on economic and business issues.

Carroll said such disinformation campaigns are typically aimed at discouraging people from voting.

“This is rich, white conservatives from out of state that are targeting Hispanic communities with lies trying to get them not to vote,” she said. “Even if just 10% of them believe this, that can change the outcome of an election.”

América Ramírez, program director for the Colorado Organization of Latina Opportunity and Reproductive Rights, said her group will address the mailers on its weekly radio show.

America First Legal is also airing ads on Spanish-language radio stations KMXA, KXPK and KJMN in the Denver metro area, based on political ad filings with the Federal Communications Commission.

The group is airing radio ads in Arizona, Texas and Michigan as well.

As a 501(c)(3) charitable organization, America First Legal isn’t supposed to take part in political activity that supports or opposes specific candidates. Biden isn’t presently a candidate for office, and the messages in the mailer reviewed by The Sun don’t suggest recipients should vote for or against a candidate or party, so the group is likely within the law.

“This may have been lawyered to the point of ‘how aggressively can we mislead and still be short of electioneering,’” Carroll said. “It doesn’t pass the straight-face test.”

The Spanish-language mailers and radio ads are the latest attempt by conservatives and Republicans to make transgender people an issue in the Colorado 2022 elections.

And two former Olympians from Colorado formed Nine PAC, a federal group aligned with Republicans that opposes allowing trans women to participate in sports. That group donated $2,900 each to Republican congressional candidates Kirkmeyer in the 8th District, Erik Aadland in the 7th District and Steve Monahan in the 6th District.

“There’s been so much anti-trans hate that’s been happening,” said Nadine Bridges, executive director of One Colorado, an LGBTQ advocacy group. “It’s another way for them to attack vulnerable communities for political gain.”