A party in your mouth; TK’s Surf & Turf is like no other 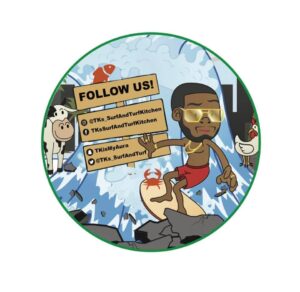 When my new friend and Social Equity Consultant, MiDian Holmes of 8PM Consulting asked me to join her where I-225 and Havana meet, I groaned a little. I have gotten comfortable in my house, and venturing down to the big city anymore seems like a lot of work. What I didn’t know was this wasn’t just any ordinary restaurant. This was TK’s Surf & Turf. What I discovered is there is nothing like this black-owned eatery — anywhere. 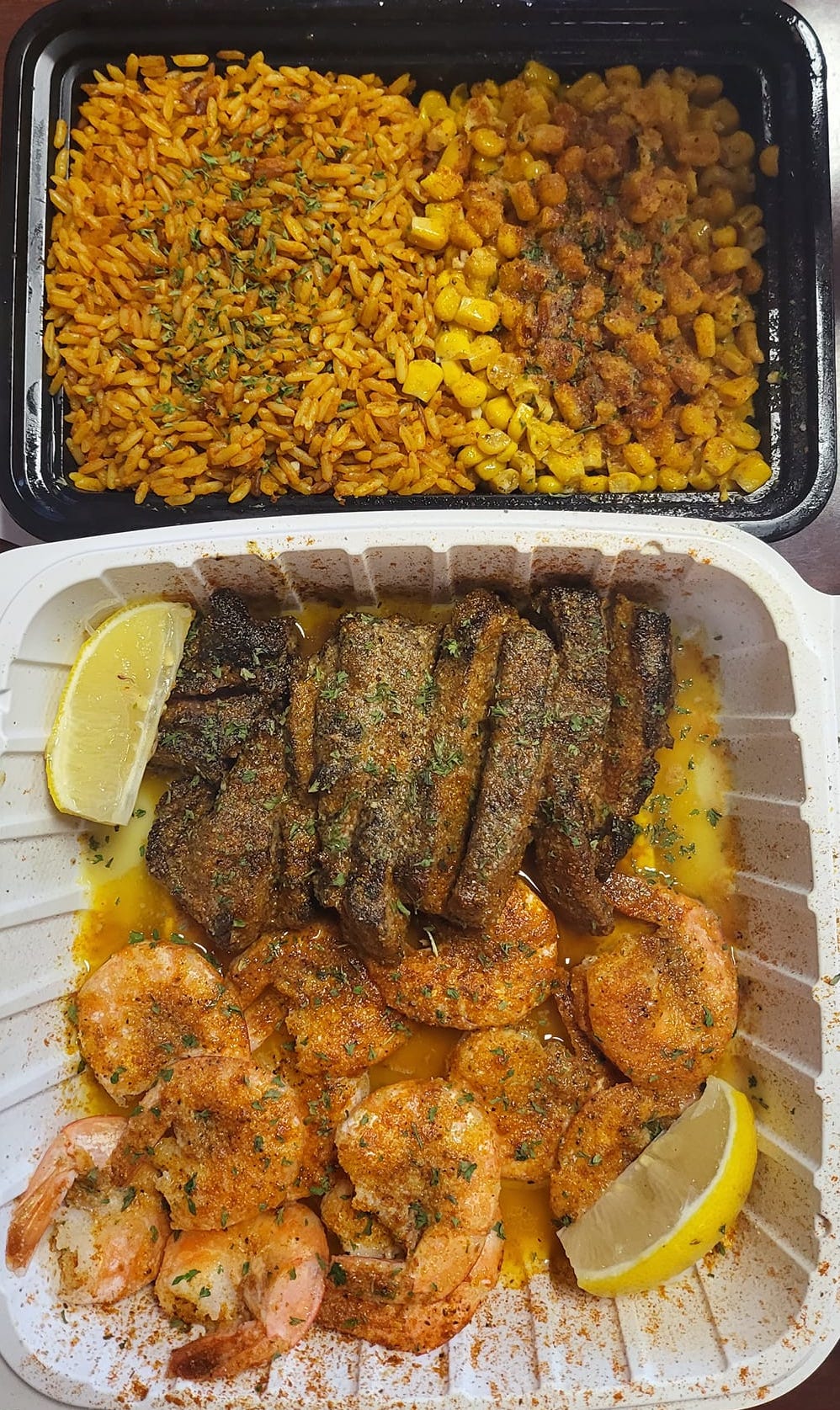 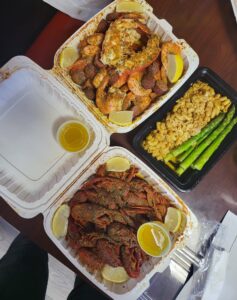 I liked it so much I have now returned three times, bringing my family with me on this last trip.

My son was visiting, so I had to take him down to try this new discovery. After his first taste of the tantalizing, seasoned steak, he was only able to utter, “OMG!” over and over between bites. TK calls it a party in the mouth. These are the most incredible burst of flavor your tastebuds can experience.

‘OMG’ and ‘More, please’ is about all you will be able to say. Your hand will be too busy stuffing another bite into your dumbstruck mouth. 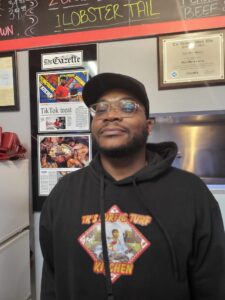 While I would love to tell you that TK’s Surf and Turf is some big secret – it’s not. I was just late to the game. The Broncos order from TK’s. Everyone orders from TK. A TikTok video went viral with over 1.6M views and over 25,000 shares. Tyler Kanwai (TK) was taking orders long before there was a location at 10890 E. Dartmouth (technically a Denver address, but Aurora is right across the street).

TK is a charming man. With a robust sense of humor, he carries more wisdom than expected for someone his age. He tells me he began cooking as soon as he could turn the stove on. I asked him if he considered TK’s soul food or simply his own unique touch. He smiled but tells me he attributes much of what he knows about crafting his secret recipes to his parents. His stepfather was a professional chef that taught him everything he knew. His mother also gets plenty of credit as she helps run TK’s restaurant. His biological father was Nigerian but passed away when TK was young. That early Nigerian influence is how the restaurant also came to feature Jollof rice. TK gives a good deal of credit to his family and community for his success.

This love is not just in the food but also reflected on the walls, which are uniquely designed not only with inspirational quotes and words but also the names of the lives we have lost to police violence. 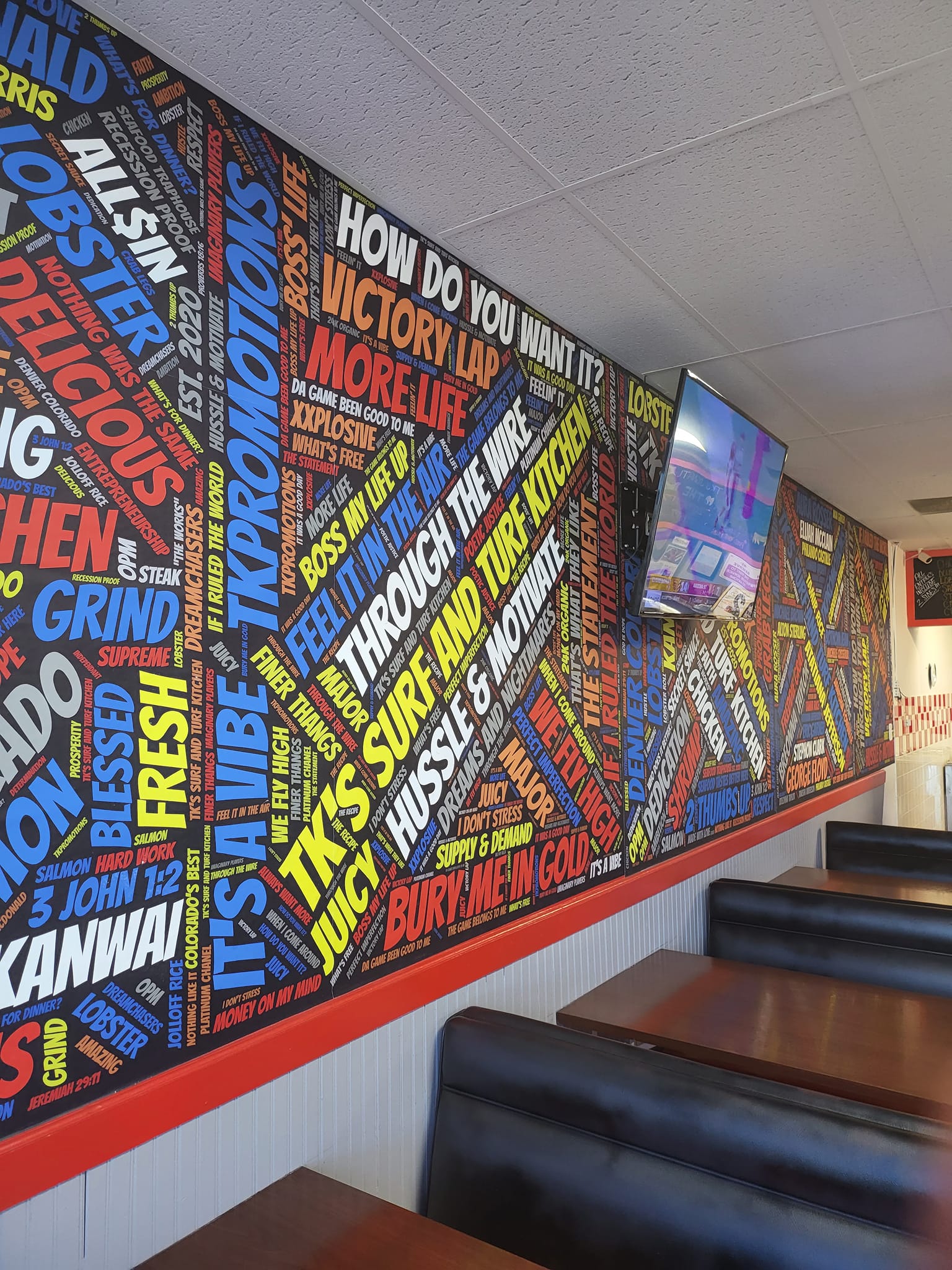 I tried to trick him into revealing the secret sauce, but he was onto me. That’s a no-go for nosy journalists. But he is happy to share with us how he got to where he is today.

He started out making food for his family and friends on the weekends. Soon it grew to making food for parties. Then, as the Pandemic shut everything down, people started asking him to cook meals for them. In the early days, he was meeting people in his parking lot to serve them food.

Eventually, the demand grew too large, and he made the leap to leave his day job. He signed the lease in August 2020 and opened TK’s Surf & Turf in October. Even while the Pandemic was shutting things down, from the day TK opened the doors, there was a line to get in. Not just any line, a line out the door and down the parking lot. He has served a lot of people in a short amount of time. I did my best to convince him to open one up here in the north. He is contemplating a second location, but we may have to wait a minute to see a TK’s in my neighborhood.

What can you expect from his menu? As I previously mentioned, it is the most #Fire lobster, shrimp, steak, crab, and crawfish your mouth could ever ask for. The seasonings are indeed secret and are very much why I will drive to I-225 and Havana on a regular basis to get the fix. 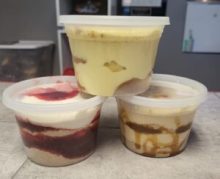 Order the TK Special, but order extra steak; cuz you really aren’t going to want to share. While you are at it, be sure to get some of that homemade cheesecake to top it all off.

After all, this is the place to let your mouth party. 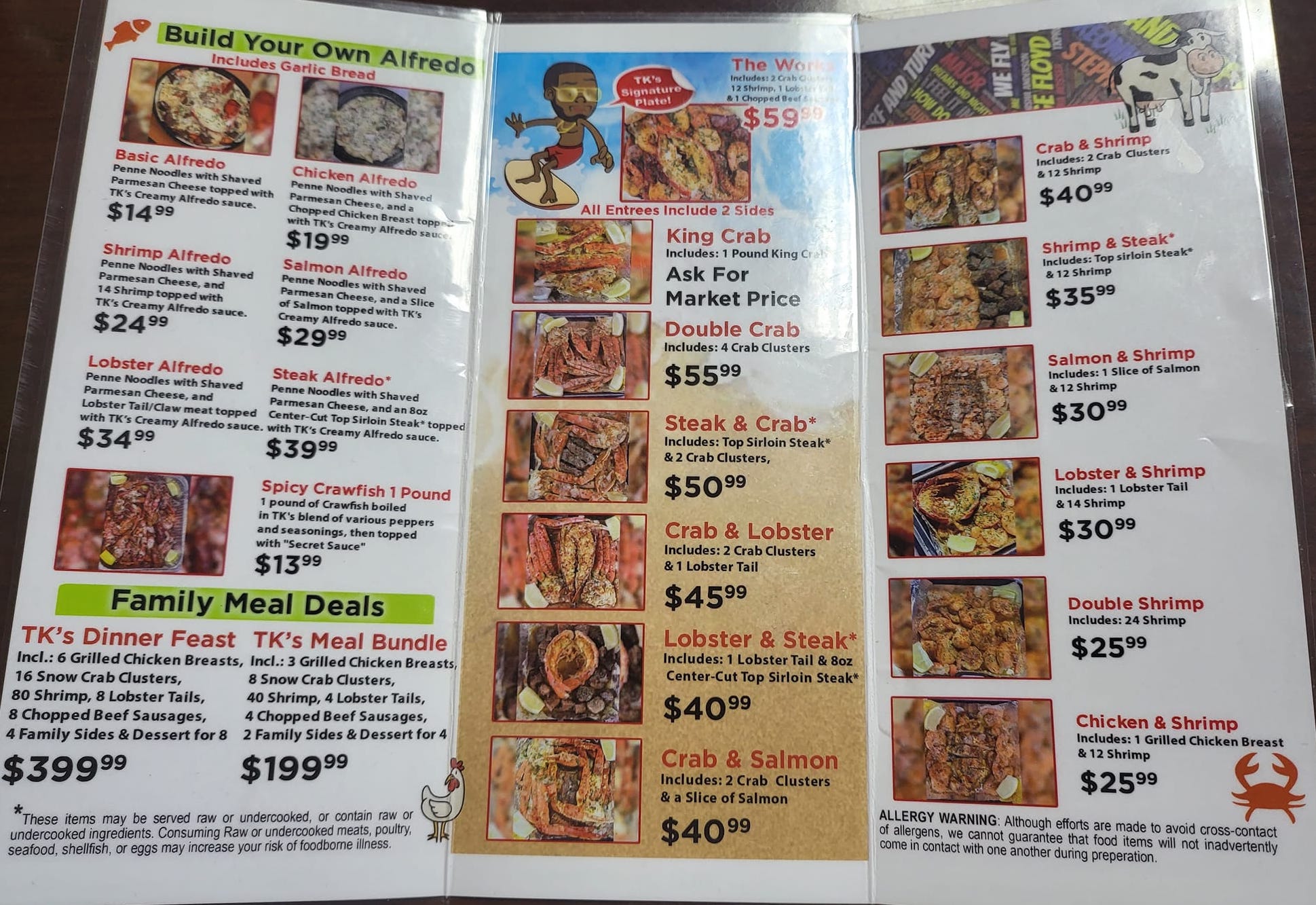 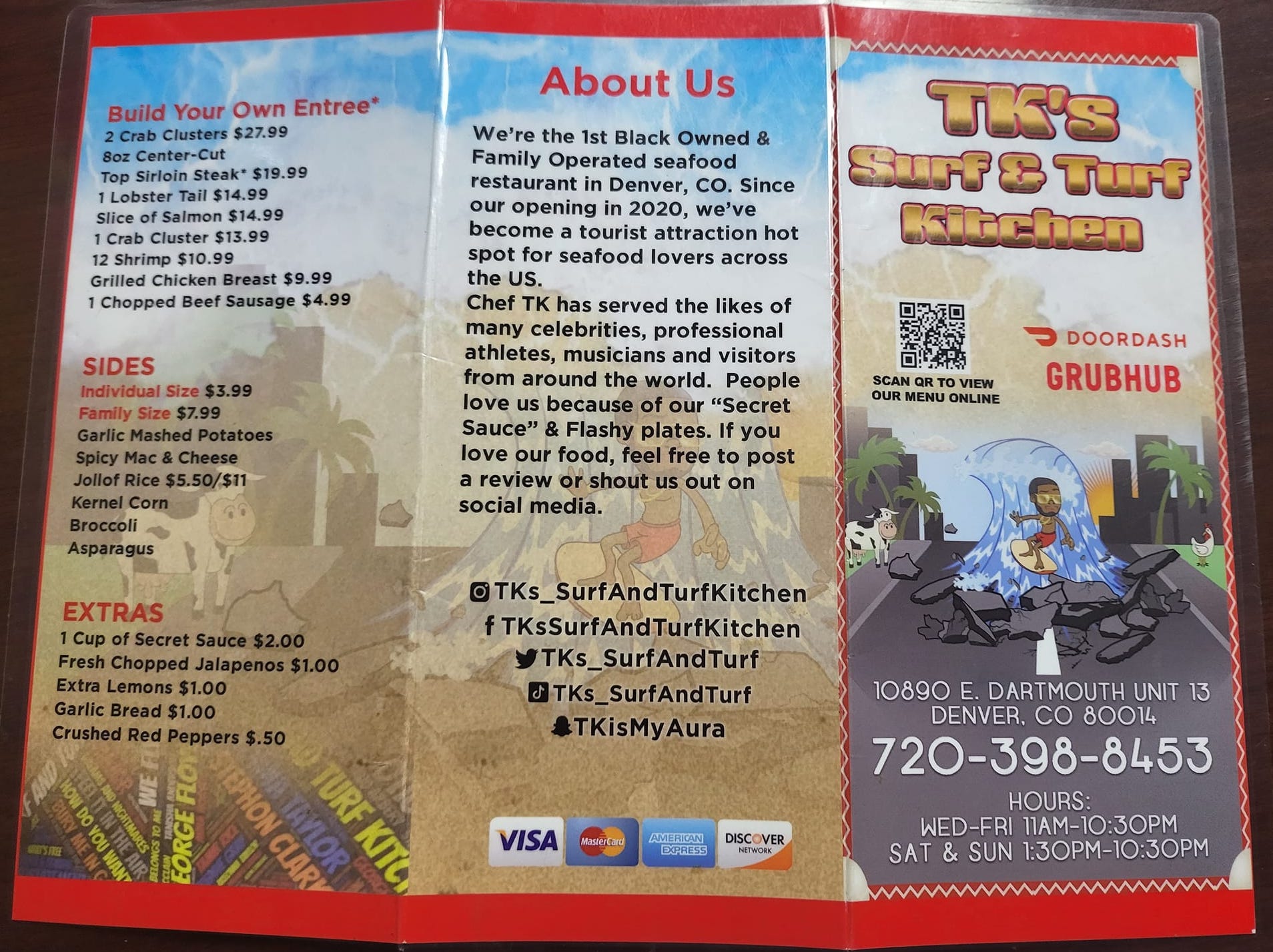